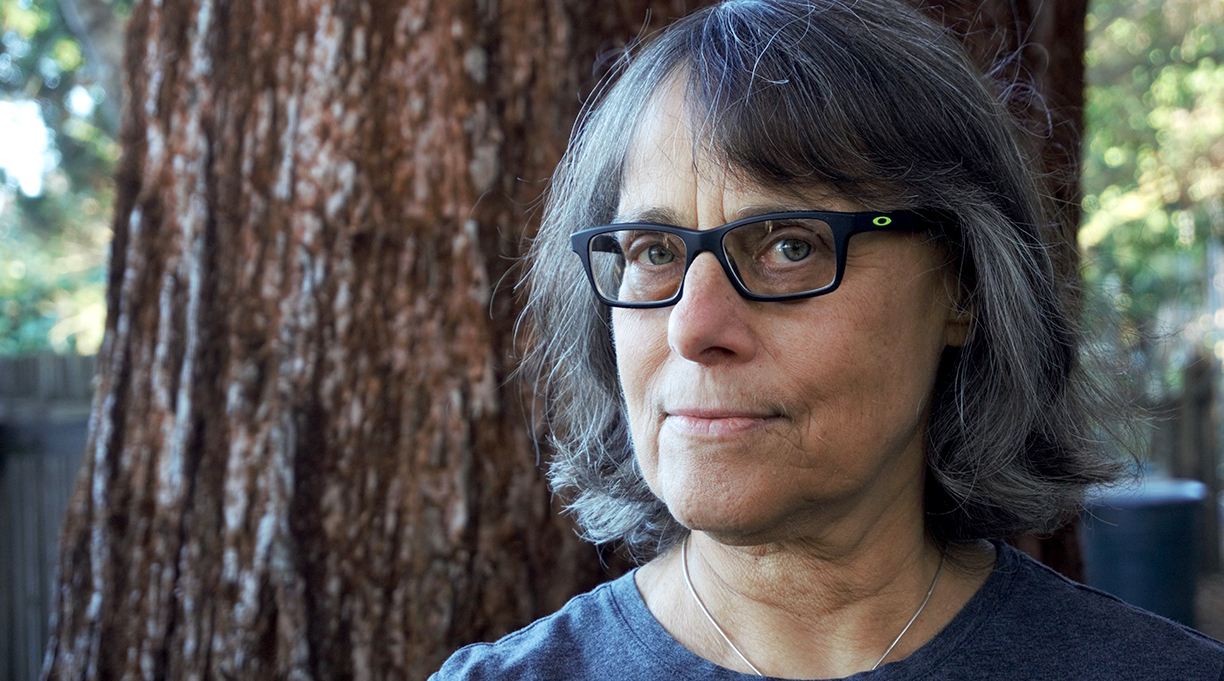 Determined To Stay: Palestinian Youth Fight for Their Village, by Jody Sokolower (Olive Branch/Interlink, May 7), is a concise yet comprehensive, informative, and gripping invitation to understand the lives of contemporary Palestinian youth in their own words. Sokolower, a Jewish educator, former managing editor of Rethinking Schools, and coordinator of the Teach Palestine Project at the Middle East Children’s Alliance, has made multiple visits over the years to the village of Silwan, near Sheikh Jarrah and just outside the walls of the Old City of Jerusalem. There, she has interviewed young people and their families as well as adults who support children suffering from PTSD. Determined To Stay offers a rare opportunity for teen readers to hear directly from their Palestinian peers, who are eager to share their stories with the world. With the Israeli-Palestinian conflict once again in the news, the book is timelier than ever. Sokolower spoke with us over Zoom from her home in Berkeley, California; the conversation has been edited for length and clarity.

How did you come to write this book?

My first trip to Palestine [in 2012] was life changing; one of the last places we went was Silwan. I just fell in love with the village. We went to visit this brand-new cultural cafe. [It] wasn’t a fancy building, but there was a playing field outside, a roster of activities for kids and their parents, the inside had murals by artists from all over the world, and [there were] mosaic tables made by the women’s collaborative. We sat and had little cups of Palestinian coffee—it’s strong, sweet, and smells of cardamom. The whole experience was so heartwarming, and I came back to California and told everybody I knew about the trip in general but especially about Silwan.

A couple of weeks later I got an email from a friend saying, Isn’t this the village you were telling me about? I opened the email and [learned] the Israelis had bulldozed the cultural cafe to build a parking lot. I was so outraged and so upset. Why does hardly anybody in the U.S. know about this? Why isn’t there a huge outcry? I started to think about how few resources there are for youth about Palestine that are accessible, accurate, and age appropriate. People always say, Oh, the situation in Palestine is so complicated. You can’t understand it. It’s not really complicated. I thought, what if I take this one village and use it as a gateway for everybody to understand Palestinian history and the current reality?

How would you advise teachers who want to incorporate Palestine into their curriculum?

Zeiad Abbas Shamrouch, who is [now] the Executive Director of the Middle East Children’s Alliance, and I spent a week at the Santa Fe Indian School in New Mexico, working with teachers and students. We were looking at the similarities and differences in how settler colonialism evolved in the U.S. and in Israel, and we talked about the impact of current colonial conquest on the people, land, resources, and efforts to bury history. One of the things we talked about was water and how Israel has essentially stolen the aquifers underneath the West Bank, taken most of the water, sold the tiny bit remaining back to the Palestinians at exorbitant prices, and polluted the water in Gaza. The youth from Taos Pueblo were telling us about their struggle to regain control over Blue Lake, which is the source of the river that flows through there and is a sacred space for them. At the end of the workshop, one of the youths from Taos said, I’m going to go home and tell my family we’re not the only people this has ever happened to. That kind of connection is so huge. It’s liberatory to see that something isn’t just about you, that there [are] international patterns around empire and repression, but also solidarity on an international level. You can learn so much from other people’s struggles.

Teachers have so much they need to teach, they sometimes see Palestine as one more thing in an already overloaded year. But teaching about Palestine integrates well with curricular standards and illuminates many of the basic principles we teach. For example, Manifest Destiny comes up in the U.S. history curriculum repeatedly, from elementary through high school. Some teachers have started to use books like Louise Erdrich’s Birchbark House to look at [it] from a Native American perspective. Determined To Stay is another example of looking at colonial conquest from the experience of the people who were there originally. It expands the concept and makes it easier for students to see U.S. history more clearly. If you don’t look at the history of the United States in an honest way and really try to understand the role of genocide and slavery in the foundations of the U.S., there’s no way to move forward. It’s not about guilt, it’s about the truth. In order to figure out how to build a better world with justice and peace for all of us, we need to face the facts.

What would you tell teachers who feel nervous about teaching this subject?

The first thing is building community: You really want to make your classroom a place that feels safe, where kids can say what they think and believe, talk about the connections to their own lives, and be vulnerable [with] you and each other. The most important piece of being a teacher is teaching kids how to think critically and how to connect their minds, their bodies, and their history. One good way to teach about Palestine is to look at the issues that are really important to the youth in your community. Are they being forced out of their homes? Were they already forced out of their homes and now they’re trying to make a new life somewhere else? Are they seen as criminals? Is their history buried? If they look at the mainstream history curriculum, are they represented? What are the issues for them, and how does that tie to Palestine? We can learn so much by looking at what’s similar and what’s different; I’ve learned so much from going back to Palestine—not just about Palestine, but also about the U.S.

How would you advise teens who read your book and want to take action?

It’s really important for Arab American studies in general and for Palestine [specifically] to be part of the curriculum, because you can’t understand what’s going on in the world today if you don’t understand what’s happening in Palestine. It’s important for us to say, we need to know what’s happening in Palestine, you need to teach it, and we don’t want to just hear the Israeli story, we want to hear Palestinian voices. That’s not antisemitism: That’s opposition to Israeli occupation of Palestinian lands. Opposition to Zionism and antisemitism are two very different things.