A Novelist’s Burning Tale of Rape and Revenge 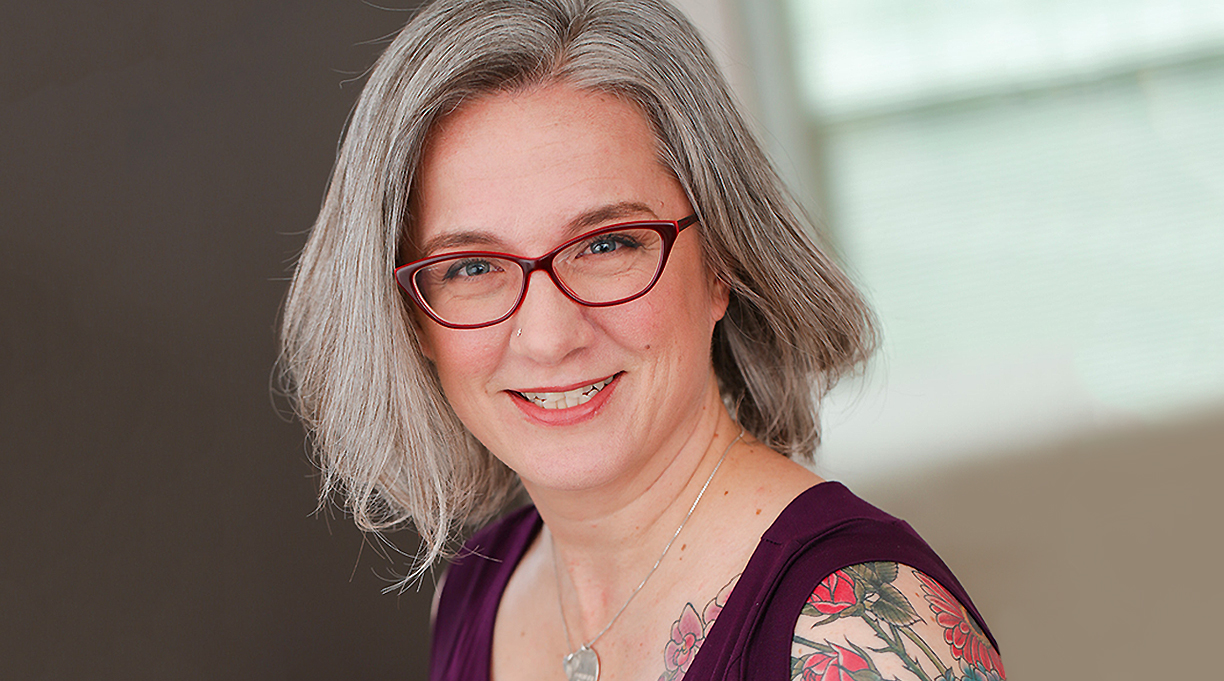 We Are the Ashes, We Are the Fire (Dutton, Feb. 9) by Joy McCullough weaves together the stories of two families torn asunder by sexual violence. In present-day Seattle, Em and her parents are struggling with grief and anger after Em’s older sister, Nor, is violently assaulted at a fraternity party; her attacker is let go with time served while Nor receives misogynistic abuse on campus and on social media. Em throws herself into writing in verse the story of Marguerite de Bressieux, a 15th-century French noblewoman who went into battle to avenge the rape and murder of her family. As Nor pulls away, Em bonds with Jess, a new friend who adorns her story with illuminated manuscript–style illustrations and introduces her to medieval combat classes. McCullough spoke with us over Zoom from her home in Seattle, Washington; the conversation has been edited for length and clarity.

What drew you to focus on the impact of sexual assault on those who love the victim?

The ripple effects of sexual violence are huge; they affect not just families, but whole communities. A lot of times, the onus on fixing rape culture is put on the victims when we all need to know how to respond when this happens to someone in our lives. The story of Marguerite came to me first, this story about this vengeful young woman. I think that Nor or any victim of sexual violence is going to be dealing with so many questions, blame, and guilt—it’s not black and white to them—and so I felt like the person who would grab onto Marguerite’s story and want to dive into it would be someone with completely righteous anger over what had happened. That’s not necessarily going to be the victim, not in the immediate aftermath, but I could see a sister being the one to have that incandescent anger fueling them and making them want to understand Marguerite’s story to help process their own.

How did you discover Marguerite de Bressieux?

There was a tweet from Jason Porath, who does Rejected Princesses—badass women from history who would never be Disney princesses, basically—he [wrote about] Marguerite. Then a few days later, he was tweeting again, saying she may be more of a legend. People were really adamant in telling him, No, the historical record doesn’t show this. I was so interested by the question, even more than the story itself: If she was a real historical figure and things unfolded that way, well, of course, that’s hugely compelling, but if she was a legend, that means that there were people who needed that story and passed it down, which is also really compelling. Because the question was what interested me, I knew it needed framing. I didn’t want to write, like I did [with] Blood Water Paint [about 17th-century Roman painter Artemisia Gentileschi, who spoke out against the man who raped her], a direct story about Marguerite. I wanted to have a character who was discovering her story and reacting to it. I’m always fascinated with whose stories get told and get passed down, by how things change or don’t change, and what we can learn. If there’s hope to be found—or, if there’s not, if there’s anger to be found that can fuel us to push for change.

There is a lot of ambivalence in society when it comes to women and revenge, particularly violent revenge.

Backing up from revenge, just to anger: I’ve always interested in how heavily policed that is. Who gets to be angry? I was working on this book when the [Brett] Kavanaugh hearings were happening and thinking about Kamala Harris doing her job—authoritatively, competently—and being not only a woman, but a woman of color. She was considered threatening or aggressive or angry, whereas Kavanaugh was red-faced, shouting, crying, and he gets to be the Supreme Court justice. That’s the dynamic I’m interested in. Revenge is anger taken to its most extreme; I’m not advocating for violent revenge, but I think that books are a safe place to explore the impulse and who’s allowed to have it and express it.

Can you tell me about your choice to use both the words victim and survivor?

When I was first starting to do work around sexual violence in college—training with the YWCA to do hotline work and meet with people in hospitals—one of the first things they taught us was, you don’t ever say victim, you say survivor. This was the late ’90s; I don’t know if that’s still a thing they teach, but I took it to heart. But as I continued to grapple with it and to come to terms with the sexual violence that I experienced, it was important to me to realize that if we immediately sweep someone into the category of survivor, it erases the violence and the trauma of what happened to them. When Nor wakes up in that alley, she’s very clearly the victim of a violent crime. I think that there is power in recognizing that and sitting with the discomfort of that. Certainly, if an individual who has experienced sexual violence has a preference, you follow that. I use both, not interchangeably, but depending on the circumstances. Sometimes we’re not ready to be empowered—we need to face the actual truth of what happened.

I love the presence of Em’s nonbinary friend Jess in a story that is very much about girls’ and women’s experiences.

Jess just appeared at the bus stop scene, one of those characters who demanded to be paid attention to, and Em needed somebody from outside the family to help her process. It wasn’t intentional, but they were always nonbinary. At the time I had multiple people in my life coming out as nonbinary, including my teen daughter’s best friend, who is a voracious reader. When I talked to them about how I was thinking about including this character, they were so excited by the idea. They ended up being a sensitivity reader for me, which was a really cool experience.

Your portrayal of Em and Nor as biracial individuals, with a Guatemalan father and White American mother, and of the family’s bicultural, bilingual dynamics rang so true.

I am a White woman, and I was very mindful in creating this family. I didn’t originally intend for them to be biracial, but the father character was very adamantly Guatemalan, and that comes from the fact that my husband is Guatemalan. I went and lived there for a year after college and met him. We have two children, who we raise bilingually and biculturally, and there’s a lot in that family dynamic that is our family dynamic. I so cautiously moved forward, but it just ended up being so honest to our family experiences. I got some wonderful sensitivity readers, and any mistakes are my own, but it does in many ways represent my own family. I am very aware of the fact that I cannot write my children’s experience, but I’m also, as a mother, aware of wanting them to have representation.