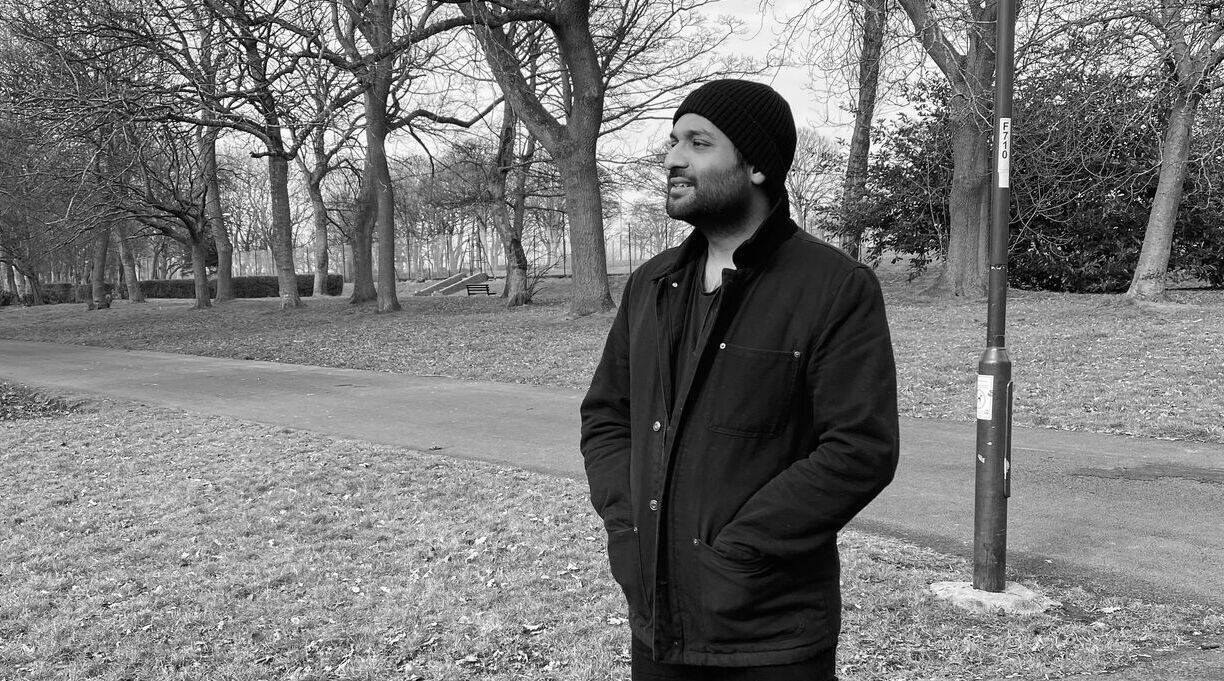 In Kasim Ali’s debut novel, Good Intentions (Henry Holt, March 8), love has a lot to conquer. Nur, a young Pakistani British writer, falls for Yasmina, a Sudanese British doctoral student. Though they’re both Muslim, Nur hides their relationship from his family for four years, fearful of their rejection. In Nur’s community, children are expected to find a match for marriage with their parents’ guidance and live at home until they wed. With this captivating love story, Ali examines myriad aspects of modern masculinity, prejudice among communities of color, and the complex relationships children of immigrants have with their elders and themselves. We spoke with Ali by Zoom from his home in London; the conversation has been edited for length and clarity.

You’ve written thoughtfully about decentering Whiteness in this novel. Yet one of Nur’s literary touchstones is Stephen King. Why him?

Nur wants to be an SF writer, and I thought, well maybe he admires N.K. Jemison because I love her work. She’s incredible. But that felt somewhat expected. And Zadie Smith, Toni Morrison, James Baldwin, other writers I admire, seemed to feed an idea of the kind of stories we’re allowed to write. When I was at university, at that age, I was writing horror and science fiction, putting Muslims into fun spaces I read but had never seen them in before. Nur wants to write speculative stories, that’s what’s guiding him. So why not the best-known writer in that space?

Nur struggles with his mental health. How did this aspect of the story evolve?

I didn’t set out to write a book with such a strong mental health element, but this character just has this anxiety in him, which is why he waits so long to tell his family about his relationship and why Yasmina tolerates this decision to wait. In many books where the main characters have anxiety issues, they’re often self-aware that they have them. But Nur is so young; I don’t know if he has that awareness. He becomes frustrated he can’t articulate his feelings. Whenever anybody does try to talk to him, he gets defensive. The feelings can come out of nowhere and control your life a bit. But also, it can become something you get upset by, you just wish you didn’t have, and you don’t want to talk to people about it, because maybe you’re embarrassed or ashamed. I wanted to explore these ideas, especially as he’s a South Asian man, and we don’t often see this vulnerability or discuss self-harm. While he can’t talk about it, ultimately Nur’s state of mind guides his decision-making and the timeline of the book. Nur’s anxiety fragments the story, and we’re led by the power of his emotions.

How does this inner turmoil impact Nur’s relationships with his family and with Yasmina?

Nur feels like he’s holding his family on his shoulders. But he can’t please everybody, least of all himself. He tells himself he’s protecting his parents from disappointment and Yasmina from heartbreak, but really, he’s protecting his own self-image. He wasn’t just hiding Yasmina for four years; he was hiding himself. I truly believe he does what he does out of love. But part of that love is for the idea he has of himself. He doesn’t want anything to ruin that, and a lot of that comes from the parental expectation he’s internalized of the perfect eldest child. But that pressure, while real, cannot be an excuse to treat people terribly.

Why doesn’t Nur confide in his brother and sister, who would likely be thrilled he found love?

That was particularly difficult to write about. Some people who buck tradition—who do leave home for university or move out of their parents’ houses without getting married—have the utmost love for their family but worry they’re always going to be different, even from their peers, because they broke the rules. He fears his siblings’ traditionalism might become judgment and treats them like part of the tradition he’s breaking away from, and that’s heartbreaking.

There are layers to the secret Nur keeps from his family: He’s in a relationship with someone from outside their tightknit Pakistani British community; he and Yasmina live together after university; Yasmina is Black. How did you negotiate these tensions?

I didn’t want to portray Nur’s South Asian culture as something he runs away from. It’s something he wants to hold on to. Quite often in Muslim stories, we’re given this idea that to assimilate properly, you have to leave your religion, your culture, all of that behind. But that’s not true, and that’s not who Nur is. So I wanted to talk about the anti-Blackness in the South Asian community that Yasmina would face seriously, though they’re both Muslim, while also interrogating whether it really is as big a problem as Nur presumes. Often, we younger people put our parents into a box and don’t allow them to change. Nur uses the assumption of his parents’ bias as an excuse to avoid disappointing them in other ways. That has nothing to with who Yasmina is, but who he is and the story he’s telling of himself.

Leena Soman Navani is a writer in New York.