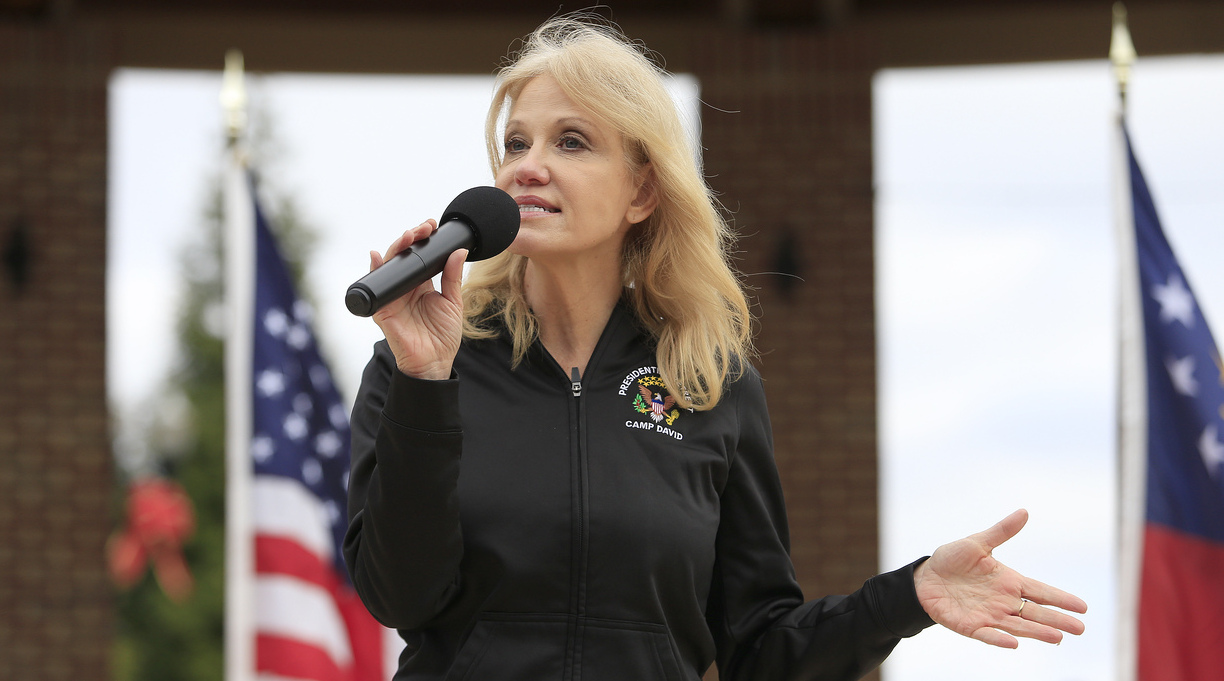 Kellyanne Conway, who served for more than three years as former President Donald Trump’s senior counselor, will tell the story of her career in a new memoir, the Associated Press reports.

Threshold Editions will publish Here’s the Deal this spring. The publisher describes the book as an “open and vulnerable account.”

“In Here’s The Deal, Kellyanne takes you on a journey all the way to the White House and beyond with her trademark sharp wit, raw honesty, and level eye,” the publisher says. “It’s all here: what it’s like to be dissected on national television. How to outsmart the media mob. How to outclass the crazy critics.”

Conway, a pollster, was one of Trump’s first White House hires. She immediately caused a firestorm just two days into Trump’s administration when she described press secretary Sean Spicer’s lie about the size of the crowd at the president’s inauguration as an example of “alternative facts.”

She also drew controversy for repeated references to the so-called “Bowling Green massacre,” an event that never happened. She left the White House in August of 2020, claiming she wanted to focus on her family, including her teenage daughter Claudia, who has frequently posted about their fractious relationship on social media, sometimes suggesting that it is abusive.

Conway is the author of a previous book, What Women Really Want, co-written with Celinda Lake.

Here’s the Deal is slated for publication on May 24.