Kristen Radtke Takes the Measure of Our Solitude 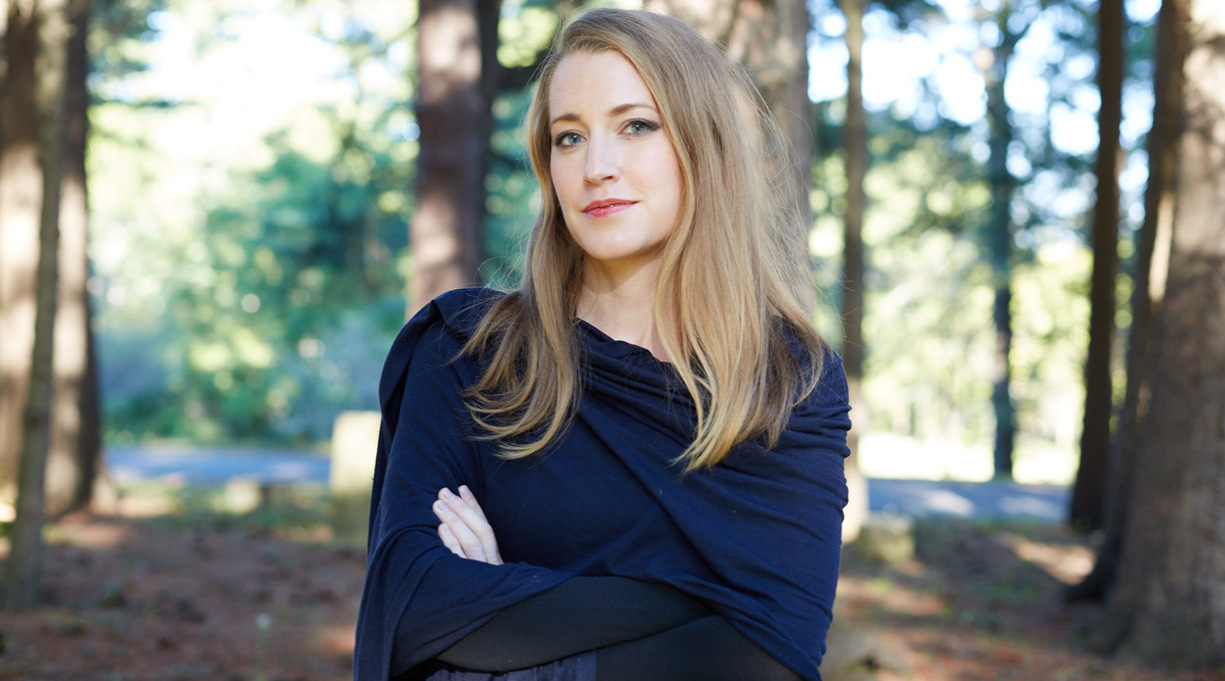 Kristen Radtke says it is coincidence that Seek You: A Journey Through American Loneliness (Pantheon, July 6) will be published after a year and a half of social isolation brought on by the Covid-19 pandemic. Radtke had already been working on the graphic book—an illustrated, essayistic exploration of loneliness; part memoir, part nonfiction investigation—since 2016.

Now it arrives at a moment when Americans may be better prepared than ever to explore this painful topic. “Culturally, we are a little bit more open to talking about problems with anxiety and depression,” Radtke says. “But up until the pandemic, loneliness really wasn’t among them, because loneliness felt like, oh, you’re unpopular, or you’re a loser, or nobody likes you. And I think the pandemic has shifted our notions of loneliness.”

Seek You touches on many aspects of the subject in a seductively digressive manner, from ham radio and television laugh tracks to cowboy mythology and the loneliness studies of Dr. John T. Cacioppo. Like Radtke’s previous book, Imagine Wanting Only This (2017), it is fluidly illustrated, with arresting conjunctions of image and text on every spread. The starred Kirkus review calls it “Superb. A rigorous, vulnerable book on a subject that is too often neglected.”

Radtke is the art director and deputy publisher of The Believer magazine and a contributor to the Atlantic, the New York Times, Vogue, and the New Yorker, where Seek You began as a four-part series. She spoke with me over Zoom from her home in Brooklyn, New York; our conversation has been edited for length and clarity.

I want to start by asking if you have a working definition of loneliness.

You also quote Emily Dickinson: Loneliness is “the horror not to be surveyed.”

“Surveyed” is not a feeling I ever would have thought that I want to experience. It feels like surveillance or something creepy. But as soon as I read that, I just thought that was so beautiful and true: You want someone to see you.

The book describes an MIT study that found a cluster of cells in the brains of mice that goes dormant during solitude and then lights up during periods of social activity. Is loneliness a biological phenomenon?

I very strongly feel it’s a biological phenomenon. We can’t exist without other people. In the book, I talk about how it’s just like hunger or thirst—a warning bell that we need to listen to. What I did not understand before I started researching is that everyone has a different experience of loneliness. When I started talking with people about it, I chatted with a really old friend of mine, and she said, “I don’t remember ever in my life having been lonely since I was a child. I was really bored as a kid, and that’s the last time I remember.” Which is fascinating. The fact that certain people feel panicked and terrified by loneliness, and others just don’t experience it.

You write quite a bit about psychologist Harry Harlow and his research on rhesus monkeys. Why is he important to the book?

Harry Harlow’s studies on the relationships between babies and mothers in monkeys—and presumably you can extrapolate to humans—were so impactful. Basically, he separated baby monkeys from their mothers as soon as they were born and then gave them to fake surrogate monkeys. One of the fake monkey mothers was more appealing; it was softer and had cloth on it. The other was wire and very cold, but that one dispensed milk. And they assumed that was the fake mother the baby monkeys would prefer—people believed that babies loved their mothers because they fed them and kept them alive. And it would turn out to be completely opposite. They would run to the wire mother that dispensed milk really fast and then left.

What I think is interesting about Harry is not how he started that study but how his mental state degraded over time—he kind of lost his mind. He asked big questions—does this mean that love is real?—but then he was like, how can I create depression? How can I create isolation? As his own life became more challenging—he suffered from pretty debilitating depression—he became this mad scientist, torturing these creatures, essentially. And because he was so esteemed, his colleagues allowed it, begrudgingly.

For all the science supporting a biological explanation for loneliness, it’s also culturally reinforced, isn’t it?

I should say that I wrote a book about American loneliness as a way to winnow down the scope and because I’m American, and it’s what I have access to. I don’t think that America is the loneliest country in the world. If you look at the stats, we’re not (though we’re up there). But the American dream itself is so much about you’ve got to do this yourself, you’re forging your own path, how impressive that you built yourself up from these difficult circumstances. Which is, I think, a damaging and troubling way for us to formulate our lives. Even if you look at the way that suburban sprawl happened, it was all about put space between yourself and other people. That’s just antithetical to the way that we’re supposed to live amongst each other.

And then comes the pandemic, and we literally have to put space between ourselves and other people. Had you already finished the book when Covid-19 happened?

I was very close to finished. I had conversations with my editor and agent about infusing elements of the pandemic into the book, and in the end, I chose not to. I didn’t want to make a book about the pandemic, because it does feel like a separate problem. It’s one that has exacerbated problems, like income inequality and food insecurity, and those kinds of injustices. I think it has exacerbated the problem of loneliness, but it didn’t create it.

I want to ask you about your process, because the book is gorgeous. How do you work? Do you write an essay and then figure out how to illustrate it? Or is it more back and forth?

It is more back and forth. Or I should say that when it’s back and forth that creates the most interesting results. Which isn’t to say I haven’t written a script or a storyboard before illustrating something. But images are a kind of language, and sometimes illustrating something changes my thinking, or changes my ideas of pacing, or something like that. I didn’t expect this book to look the way it did, in that it’s not like a comic. My previous book was in panels, it was a more traditional graphic book. But I really liked working in this form, it was freeing. I didn’t have to move a character from page to page or create rooms that looked consistent. I could just follow whatever I was visually interested in and collage it. It was really fun.