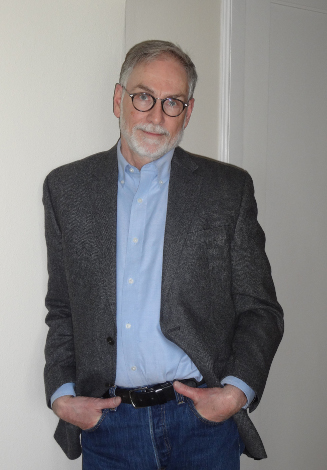 In the opening pages of As Good As Gone, Larry Watson’s tenth novel, Bill Sidey says of his father, an aging cowboy, “It’s hard to imagine a man who values independence more than Calvin Sidey.” The novel is an exploration of Calvin and men like him, men who hand-roll their cigarettes, eschew electricity for kerosene, and prefer action (violent, if necessary) to introspection.

Watson’s own grandfather, Gustavus Adolphus Petterson, was a horseman in Eastern Montana and Western North Dakota known as “Bronco Gus.” “He viewed the cowboy life as simply a working man’s life,” Watson says. “There was nothing glamorous or romantic and certainly not iconic about that.”

Above all, Watson’s grandfather valued his contributions to civilization, “toward starting a town, a church, a school.”

Calvin Sidey stands in contrast. “Calvin…does have a code that he lives by,” notes Watson in his essay I See by Your Outfit: Cowboys Real and Mythic (published in The Algonquin Reader). “But it’s the 1960’s, and…his self-reliance can look like mere stubbornness, his chivalry can seem sexist, and his independence is of a variety so extreme he has difficulty fitting into human society.”

The interplay between the myth and reality of the American cowboy fuels As Good As Gone. Calvin’s grandson, Will, dreams of being like his grandfather. But when Will approaches Calvin, gathering all his courage to ask, “Would you teach me to be a cowboy?” he is met with derision.

“You make the mistake a lot of folks make,” says Calvin. “You think a cowboy is something when the fact is a cowboy does something. And the something he does is likely to be about as far from what most people think of as the cowboy life as pigs from horses.”

Watson writes in his essay that his own grandfather’s descendants “both resemble and refute the cowboy stereotype”: while a grandchild and great-grandchild have their own ranches in Montana and are rodeo competitors, both are women. “The most recent Christmas card had a picture of my cousin’s daughter with the bear that she had killed,” says Watson. He adds, “Every once in a while, she sends me some poems.”

In the novel, Calvin Sidey agrees to watch his grandchildren while his son, Bill, accompanies his wife to a nearby city for a surgical procedure. Although Bill’s bedroom is available, Calvin insists on staying in his son’s basement. Watson admits that the working title for the book was The Cowboy in the Basement. “It’s literally so,” says Watson. “Calvin is staying in the basement. But in addition, this mythic cowboy figure is lurking just below the surface of American culture and psyche, waiting to come upstairs.”

Larry McMurtry, says Watson, “called it a ‘zombie myth.’ Something that will not die. So even though people know that it’s false, they know that it’s a myth, there’s still something that’s appealing about it. We cannot resist it.”

Calvin, writes Watson in his Algonquin Reader essay, “has little faith in government or its agents, and when trouble arises, he trusts only himself to make things right. He takes justice into his own hands—a practice that makes him little better than a vigilante.”

When I mention to Watson that this makes Calvin sound a bit like the Republican presidential frontrunner Donald Trump, Watson pauses, then concurs that the “cowboy figure featured in so many Western movies” is certainly a part of Trump’s appeal.

“Somebody who rides in, somebody who people see as some kind of maverick, and only because of him being a maverick is able to solve our problems,” muses Watson, before adding, “I think it’s completely false.”

Amanda Eyre Ward has published five novels and a short story collection and received her MFA from the University of Montana.