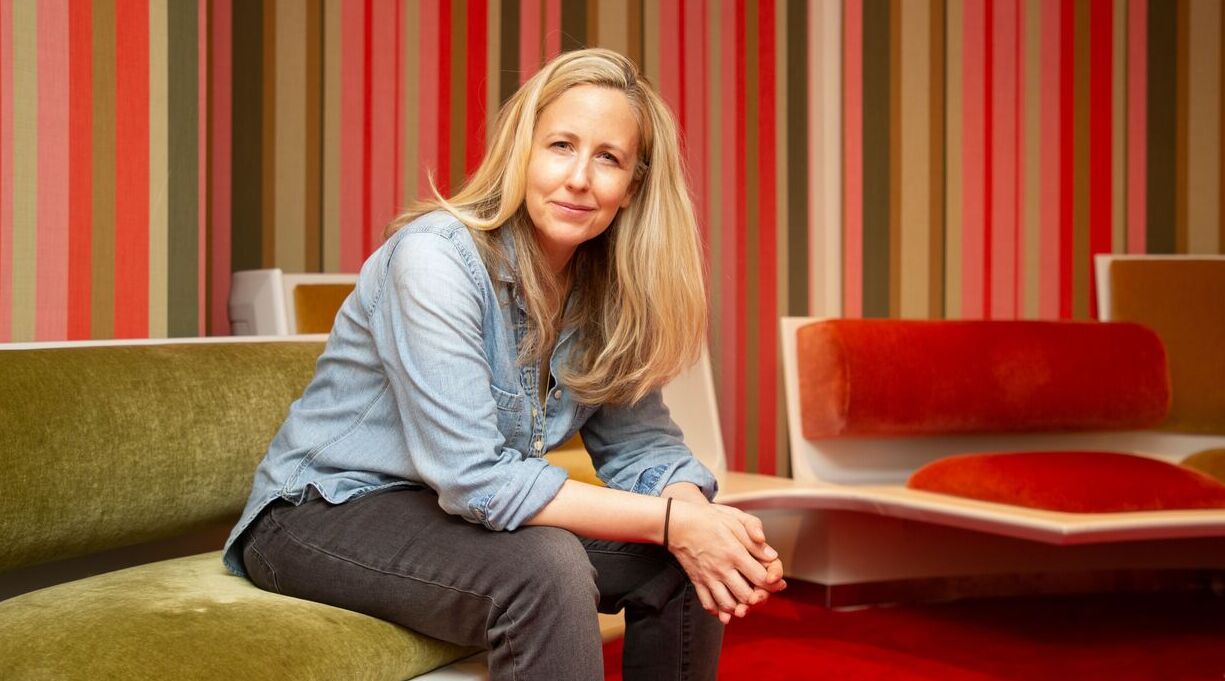 It’s been three years since we lost one of the most significant voices at the nexus of the culinary, cultural, and literary arenas. From his memoir Kitchen Confidential to the TV shows No Reservations and Parts Unknown, Anthony Bourdain was a singular character who wrote, cooked, ate, traveled, entertained, taught, listened, and provoked. Writer and editor Laurie Woolever, who worked closely with Bourdain for more than a decade, knew him better than nearly anyone, and she and Bourdain co-authored two books together: Appetites, a cookbook; and World Travel: An Irreverent Guide. Her latest, Bourdain: The Definitive Oral Biography (Ecco/HarperCollins, Sept. 28), is a revelation, providing a kaleidoscopic perspective on a man of seemingly endless complexity. Featuring revealing testimony from nearly 100 people involved in Bourdain’s life, the book is undeniably “definitive.” Our review noted, “a chorus of candid voices creates an engaging biography.” I spoke to the author via Zoom from her home in New York City; the interview has been edited for length and clarity.

Let’s start with the genesis of your relationship with Tony.

I met Tony in 2002. I was a culinary school graduate, and I had spent three years assisting Mario Batali, who had become friends with Tony when he broke through with Kitchen Confidential. I was getting ready to leave my job with Mario, and Tony was looking for someone to help edit and test recipes for his first cookbook. Mario recommended me, and Tony hired me, pretty much right away, I think just based on Mario’s recommendation. A few years later, I was an editor at Wine Spectator, but I had a child and wanted to switch gears and find a part-time job. Tony was looking for a new assistant, and even though it felt like a bit of a step backward in my career, the circumstances were correct. I liked Tony and enjoyed working with him, so I thought it was a great opportunity for both of us. In 2009, I started working as his assistant and did that until his death in 2018.

Given the amount of material you gathered, this could have been a 1,000-page book. Discuss the process of whittling it down as well as the decision to structure it as an oral biography.

I wanted to keep it manageable and compelling and moving quickly. The idea for an oral biography, rather than a straightforward biography, came up fairly quickly after Tony died. It was obviously such a difficult time for everyone who knew him and worked with him, and there were a lot of people trying to seize on the opportunity to do something, maybe be the first to publish a book about Tony. That happens in the wake of any high-profile death, but I found it distasteful seeing people trying to position themselves that way.

So there was a conversation [with] my agent and Tony’s longtime publisher, Daniel Halpern at Ecco, about what we could do to ensure that Tony’s story was told in a respectful way, coming from a place of really knowing him and his brand of storytelling: ask a lot of questions and then sit back and let people tell their stories and not impose his will or his vision on them. So it made a lot of sense to work in the oral biography format. In 2016, Tony and I co-authored a cookbook called Appetites, and we had started writing a travel and reference guide, World Travel: An Irreverent Guide. Creating these projects gave us a solid partnership and an established way of working together, and because of my work as his assistant, I had a lot of great relationships with so many people in his life—and a lot of credibility among those people, so they trusted me with their memories.

Did the process of compiling your research and writing the book lead to any new insights about Tony?

I thought I knew everything, but I found myself surprised in every single interview. As far as broad insights, I had a decent handle on his complexity: He was both a very charismatic and exciting figure publicly and a bit of a shy and awkward person in real life. However, I had always assumed that it was some function of our specific relationship and that maybe he was less shy around other people. In talking to people from all parts of his life—whether it was friends and colleagues from the ’80s and ’90s, his first editor, or high-profile people like Anderson Cooper—they all observed this reserve and how Tony seemed to be eager to be someplace else. Not that he wasn’t friendly and warm and genuine, but he always had this sense of having one foot out the door. It wasn’t that he disliked people; he just had a sort of fundamental discomfort with being in one place. One of his directors and producers once said, “Tony was like a shark; he had to constantly be moving.”

There were also some smaller things I didn’t realize. For example, Tony was really into tanning. I just figured his tan was a result of being in geographies where there was lots of sunshine. He was not unaware of his physical appeal. He took pride in his appearance and wanted to keep a healthy glow, but I didn’t realize that tanning was sort of an obsession of his, especially in the earlier days. A lot of his kitchen colleagues talked about this tanning obsession. Even later, one of his directors said to me that if they were somewhere near the equator, he would be out there with his reflector. One thing I didn’t see, that I recognize now, in hindsight, is that he functioned as an addict.

Can you elaborate on that last point?

Tony was an addict for life. Whether it was something like drugs and alcohol or food or jujitsu. There were no half-measures with Tony. He was either into something all the way or he could not give a shit about it. With jujitsu, he got into it 110% and really changed his health profile. It was a remarkable and very positive thing to see for him.

What else would you like to say about Tony?

I think that even if you are really steeped in Tony and his work—watched all his shows, read all his books—there is a lot more to him than that, and I think this book shows it. He was a much more complex and interesting human being than even he himself allowed to be shared. He was a charismatic figure, but even with all his self-mythologizing, there’s a lot more to be learned. And even if you’re not a superfan, I think there are lessons about how a person moves between careers, how a person develops as a writer, and the realities of making a TV show and staying on TV. Also, Tony’s brother, Christopher, was really generous and kind, opening the entire family archive of photos. Their mother, Gladys, was meticulous about keeping chronologically correct photo albums with the date and the event and the name of every person in the photo. She really left an extraordinary gift forever.