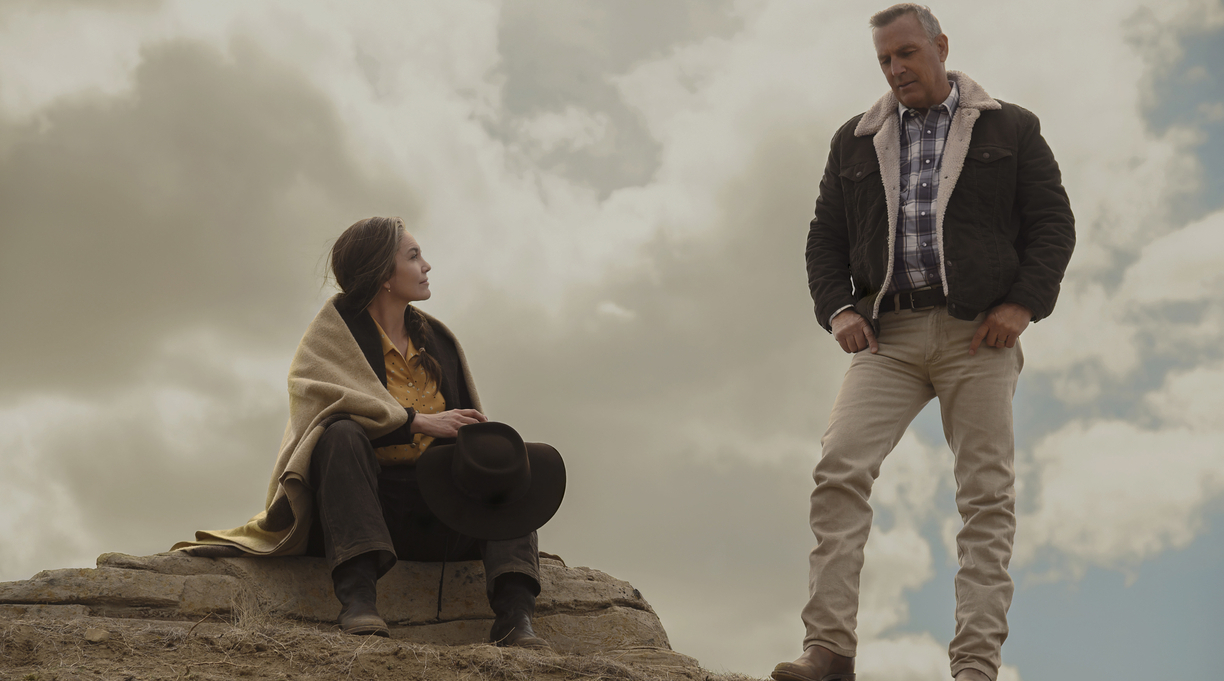 A new film based on Larry Watson’s 2013 novel, Let Him Go, is scheduled for theatrical release in November, and its distributor, Focus Features, released a trailer today. The movie stars Oscar winner Kevin Costner and Oscar nominees Diane Lane and Lesley Manville.

In the book, set in 1951 North Dakota, Margaret Blackledge and her husband, George, a former sheriff, are concerned about their widowed daughter-in-law Lorna’s new boyfriend. Lorna has become involved with abusive Donnie Weboy, whose family, led by matriarch Blanche, is known for violence. In particular, they fear for the safety of their grandson, Jimmy, so they set out on a mission to take him back. (Lane and Costner play Margaret and George Blackledge in the film, with Manville co-starring as Blanche Weboy.)

Kirkus’ review noted that “Watson’s writing…is the principal pleasure here,” which it characterized as “Spartan prose for a Spartan tale of badlands justice….We hear an uninflected human voice that knows the outcome of this dark tale and tales like it. No one we meet, and no action taken, is beyond the expected conventions of a bleak American West.”

The film’s director, Thomas Bezucha, also wrote the screenplay, and he has some past experience with book adaptations. He directed the 2011 movie Monte Carlo, based on Jules Bass’ 2001 novel, Headhunters, and he co-wrote the screenplay for the 2018 Netflix film The Guernsey Literary and Potato Peel Pie Society, an adaptation of the 2008 historical novel by Mary Ann Shaffer and Annie Barrows.