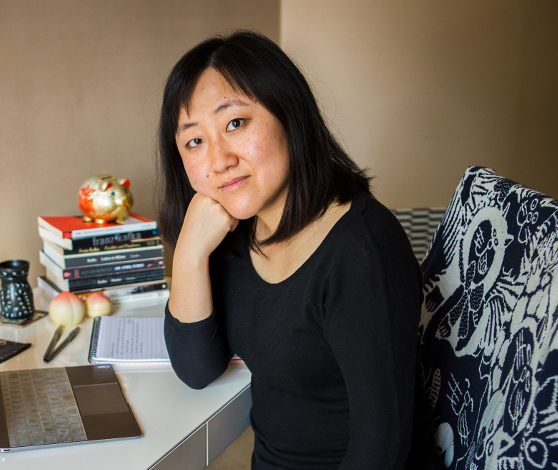 When Ling Ma returned to Chicago in order to take up a position teaching writing at the University of Chicago, she moved back into the very same apartment she’d lived in five years previously. “I just really like the apartment,” she offers by means of explanation. “I’m a person of routines.” But coupled with the fact that one of the most harrowing symptoms of Shen Fever—the fictitious epidemic that devastates humanity in Ma’s debut novel, Severance—is that victims get stuck in an endless loop of repetition, her choice of residence provided a fitting segue into a discussion of her disturbing fictional creation.

Candace Chen is living the life of many of her fellows New Yorkers: She works at a job she doesn’t particularly enjoy, in order to afford to live in a city that doesn’t make it easy. Born in China, she moved to the United States at a young age, and as the years passed, her connection with the country of her birth becomes something stretched and different. But then, when she assumes the responsibility of overseeing the mass printing of boutique bibles for a publishing company, Chen finds herself building a new type of connection with China. Until a mysterious new disease begins infecting workers in her factories.

“Originally,” Ma says, “I started writing an apocalyptic short story, just for the fun of breaking things down.” The company Ma was working for when she began writing was downsizing, and she was one of the many people let go, which left her with time to look at what she was leaving behind. “I would walk around during lunch hours,” she continues, “and I just wanted to knock things over a bit. A lot of that stemmed from the rage of working, but I was also feeling bad on behalf of the other employees, people who had been with the company for decades.” That, Ma explains, was how her “apocalyptic office novel” came about.

The apocalypse begins in China, with the outbreak of an incurable and fatal disease called Shen Fever. The downsizing at Chen’s own company comes about as the contagion brings the capitalist world crashing to a halt. But Chen doesn’t get laid off. She keeps working. And she keeps working, even as the office and city around her empty. Offset by flashbacks to her ex-boyfriend Jonathan, who had no interest in holding down a conventional day job in the normal world, let alone in a post-apocalyptic one, her dedication to her career stands out sharply.

“As an immigrant,” Ma says, “the idea is to set down roots in your adopted country. When you’re a child—especially an only child,” she adds, referring to her own experience, “it’s really difficult to reject that imperative.” Even as Chen’s story progresses, and she finds herself traveling with a band of survivors across the ruins of what was once the most powerful nation on earth, there’s a certain adherence to expectations that she struggles to break free from.

Through writing about the breakdown of the current world order, Ma offers thought-provoking insight into society as we know it. And in building a pre-catastrophe narrative around such ubiquitous symbols of capitalism as New York City and Chinese manufacturing, watching them crumble in a post-apocalyptic world is as thrilling and unexpected as it is unsettling. Yet despite the freedom with which Ma wrote of the death of one society and the slow birth of another, certain things remain recognizable. “Power structures,” she says simply, “they just keep replicating themselves.”

James Feder is a writer based in Tel Aviv.