Portrait of an Anxious Middle-School Activist 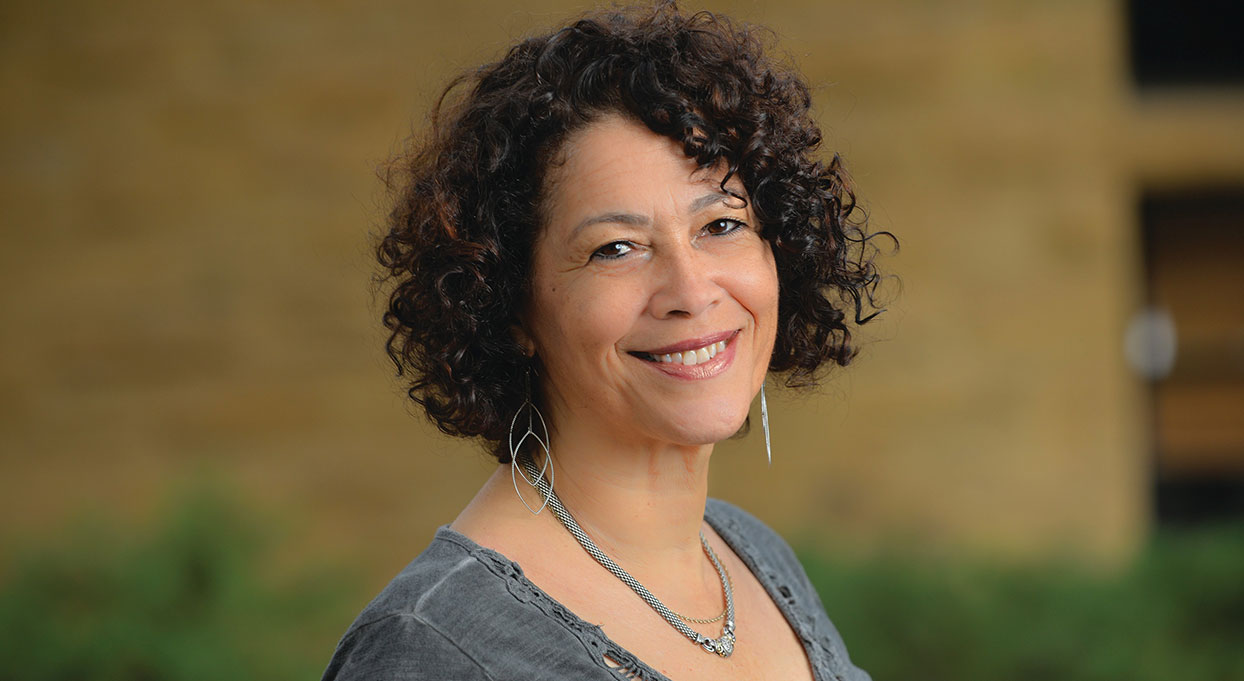 Following on a strong debut with A Good Kind of Trouble (Balzer + Bray/HarperCollins, 2019), Lisa Moore Ramée introduces middle schooler Jenae in her sophomore novel, Something To Say (Balzer + Bray/HarperCollins, July 14). The youngest in a multigenerational Black family, Jenae frets over her adored, John Wayne–loving grandfather’s decline in health and her equally beloved older brother’s depression as he comes to terms with the injury that’s dashed his dreams of basketball stardom. At John Wayne Junior High, she threads her way between protesters arguing over a proposed name change to honor Sylvia Mendez, the Mexican American girl who integrated California public schools. Jenae has a paralyzing fear of speaking out and prefers to keep her head down, but she reluctantly allows brash, attention-seeking Aubrey, the only person who loves the science-fiction character Astrid Dane the way she does, to become her first friend and to help her find her voice. We spoke to Ramée at her home in the Bay Area via Zoom; the interview has been edited for length and clarity.

Before I start asking questions, what would you like to say about Something To Say?

Something that doesn’t get talked about enough is this whole idea of sports and Black young men pinning their hopes on a future based on some type of athletic profession, and how few people truly get to be professional athletes. We see that story play out a lot, particularly in homes where they believe the only hope that their child has for going to college is on an athletic scholarship. It was just something that I thought we should talk about a little bit more within the Black community.

I was ready for you to tell me that you wanted to explore Jenae’s acute anxiety.

One of the things that was hard for me writing this story was that I knew what was coming at the end. And I thought, is this kind of a cheat? [Jenae’s anxiety is not] just a casual fear of public speaking. It’s a completely debilitating fear [and] to then have her overcome that, is it reinforcing this message that [people with disabilities] so often get that “you too can overcome this if you just try”? I decided to go down that path because I did move from having that completely debilitating fear of public speaking to being able to do it.

Can you talk a little bit about how you came up with Astrid Dane as a device to bring Jenae and Aubrey together?

I love Astrid Dane. Even though it’s such a wackadoo thing, right? Why is she even in there? [The book began with] just a line: this girl who isn’t looking for a friend and this boy who comes to school and changes her world around, and they connect over this character Astrid Dane. I have to say that some of her characteristics—the fact that she is immortal and a young person—I feel like I stole a little bit from Interview With a Vampire. Or maybe it was Vampire Lestat. How often is the immortal person a kid? [It gave] me this opportunity to put her in situations someone else wouldn’t survive. What would it mean to be a Black immortal young person during the time of slavery? If I was a graphic novelist, I would love to [really get] into Astrid Dane.

You’ve got a story about a reluctant activist at a time when kids are taking to the streets.

You know, it’s interesting because in A Good Kind of Trouble,we see [protagonist] Shayla taking part in a protest. And so it’s kind of ironic that in this story, we don’t see Jenae truly taking part. One of the things that I really like about Something To Say is the questions that it raises of being uncertain of what side you stand on. [It] was really clear to me with A Good Kind of Trouble [that there was] this need to try to explain to a non-Black audience what Black Lives Matter means. [But] with Something To Say, I had the opportunity to explore this idea that there are two sides. I think that this is one of those debates that people have a hard time with. [What] do you do when you have the art and the artist—do you separate them? And I don’t think a lot of people [have] resolved that. It was important to look at this question and show how Jenae comes to her position.

And also, sometimes it’s not actually about dragging down [but] about building up the people’s voices that we haven’t heard. Isn’t it time that we not only say we need more diverse stories, but also publish those stories and market those stories? That doesn’t mean that there’s something wrong with the books that don’t tell those stories. But if we look away, if we don’t celebrate the Black stories, it sends a message that for some reason those stories aren’t as important, and they matter less.

[Right now,] I think that out of a multitude of tragedies, we are saying as loud as we can: We’re out here and we matter. If you’ve been thinking that we aren’t here, then we need to change your opinion and let you know that, no, these books actually are out here—and maybe if you read our stories, we as a society will start changing this narrative. We have lots of stories to tell.