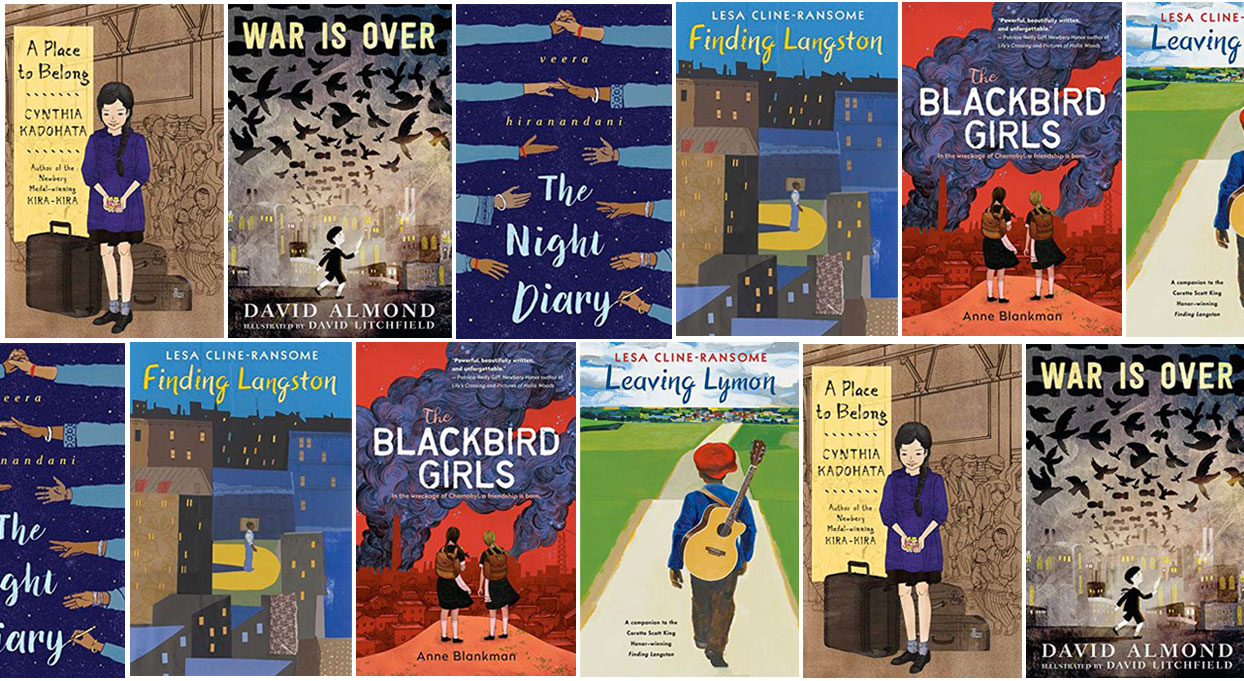 Every generation of young people experiences events that prove to be pivotal in shaping their lives, whether they are personally touched by what is going on or simply part of conversations in their families and communities. Though they may not realize it at the time, these turning points, conflicts, cultural shifts, and societal upheavals echo through time, shaping the choices these young people will make, the opportunities that will be available to them, and the stories they will tell the generations to follow.

The COVID-19 pandemic and the Black Lives Matter protests are undoubtedly among the most, if not the most, influential news stories this generation’s youth will live through. Many parents, librarians, and teachers are actively seeking books to help young people better understand these transformative times, and we are lucky to have a growing list of excellent titles to choose from.

However, learning about history can also be invaluable in offering perspective; knowing that countless others have survived great challenges and sweeping changes helps us feel less alone and increases awareness of all the ways humanity has wrestled with similar questions throughout time. The following middle-grade historical fiction titles all stand as testaments to the ability of youth to navigate upheaval and find meaning in difficult circumstances. Many of them will appeal to teens and adults as well.

War Is Over by David Almond; illustrations by David Litchfield (Candlewick, May 12): World War I may be taking place far from John’s home in the north of England, but its impact can be felt everywhere around him. His father is away fighting, and his mother, worryingly, works at the munitions factory, where deadly accidents are a real hazard. By writing to an imagined German boy, John tries to make sense of the conflicting messages he receives from those around him, including an outcast conscientious objector, in this haunting and poetic tale whose vivid illustrations add to the feeling of surreal dislocation.

The Blackbird Girls by Anne Blankman (Viking, March 10): The Chernobyl nuclear disaster of 1986 is the backdrop for a memorable story that explores the lives and relationship of two fifth grade girls from very different families. Oksana reluctantly travels to Leningrad with underdog Valentina, who is Jewish and bullied at school; there, they take shelter with the grandmother Valentina knows little about. The story takes an environmental disaster and shows its human impact on an intimate scale while also demonstrating how traumatic events from the past continue to affect families in profound ways.

Finding Langston (Holiday House, 2018) and Leaving Lymon by Lesa Cline-Ransome (Holiday House, Jan. 7): These companion volumes introduce readers to two Black boys from the South—Langston from Alabama and Lymon from Mississippi—who end up crossing paths in 1940s Chicago as part of the Great Migration. Although in the first book Lymon picks on Langston, who discovers the joys of the public library and the pleasures of reading poetry, the second one shows the difficult path that Lymon has trod, from a personal struggle with an undiagnosed learning disability to an unkind teacher and family tragedies. The boys are well-developed and sympathetic characters for whom readers will develop a strong attachment.

A Place To Belong by Cynthia Kadohata (Caitlyn Dlouhy/Atheneum, 2019): After being unjustly incarcerated, 12-year-old Hanako and her family join other Japanese Americans who choose to leave the U.S. following World War II. Moving to the outskirts of a war-battered Hiroshima to live with Hanako’s paternal grandparents, adjusting to a local school, coping with extreme hunger, and coming to understand the horrors of the atomic bomb all prove to be great challenges for a girl who has already endured so much loss and change. The story is grounded in a well-evoked sense of place with strong character development.

The Night Diary by Veera Hiranandani (Dial, 2018): The Partition of India, which led to the displacement of approximately 14 million people, is here described through the eyes of sensitive, observant Nisha, a 12-year-old whose late mother was Muslim and whose father is Hindu. She and her family must leave behind their home and community—the place that holds memories of her beloved mother—and embark on a harrowing and dangerous journey across a new, artificial border. The portrayal of sibling dynamics—Nisha has a twin brother who is her opposite in many ways—adds greatly to this powerful tale.