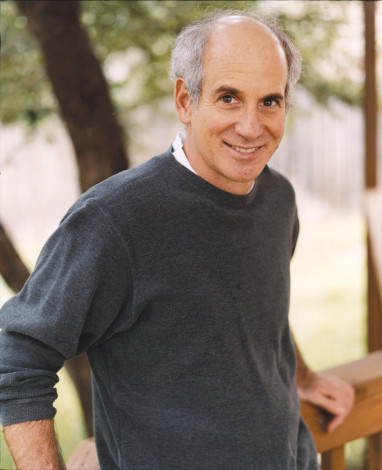 “I just wanted to write a scary story,” says celebrated children’s author Louis Sachar, “and I came up with Fuzzy Mud. I really cannot remember where the idea of that mud came from, though I know I was thinking in terms of old-fashioned horrors, something like The Blob, when I first started working on it.”

Praised by Kirkus’ reviewer for offering a “meditation on the promise and dangers of modern science,” Fuzzy Mud weaves together the ordinary (middle schoolers Tamaya and Marshall cut through the mysterious woods surrounding their school to avoid confronting the bully Chad) and the extraordinary (the odd-looking mud they encounter poses an unimaginable threat). How that mud came to be—well-meaning scientist attempts to address the world’s energy crisis—raises additional questions about how the impulse to help save our increasingly beleaguered planet may have unintended, and far-reaching, consequences.

Sachar, who’s penned dozens of books for children (including the still wildly popular classic Holes) says he never plots out his stories in advance. Instead, he lets his imagination surprise him after much drafting and redrafting. “With an outline, you won’t have those kinds of surprises and layers which come from seeing where things go.” This willingness to play with possibilities makes him sound a bit like a scientist himself: “I just try out an idea; it’s like a chemistry experiment, I leave it overnight and see what grows.”

When those ideas begin to take on a life of their own, he encounters the offbeat and unlikely—which is how his character Tamaya came to be. A quiet, good girl who enjoys school, Tamaya’s a rule follower who’s often drowned out by her louder classmates—and growing increasingly puzzled by how being good (a trait that’s served her well until now) is suddenly a handicap in social circles where she’s teased for being a “goody two shoes.”

“In some ways, I based Tamaya on my own daughter (who’s now 28). On what she was like at that age. She was that type of kid in school, probably such kids are the majority. But these days, so many main characters of books and movies are spunky, sassy, and defiant. That’s fine. But I just wanted to do something for the quiet good girls, the ones people made fun of for not being cool, for being good. Tamaya’s quiet and overlooked, and yet she may be the strongest and most courageous character I've ever created.”

In the end, writing a

scary story for this audience, he explains, is a delicate operation: “You have to remember the book’s for kids. It’s hard to get that right balance. Making it a fun rather than a too-depressing story was something I had to work at. Some drafts were too dark. My other books are fairly optimistic, with happy endings: ‘If you try hard and stay true to yourself you’ll do well.’ I wasn't feeling optimistic about the world when I was writing this book, but I finally decided, despite everything, that I believe in the potential of each individual kid. That is what I focused on for the characters of Tamaya, Marshall, and Chad—the struggle they are having and the ways they deal with those challenges. I think that—and whatever humor I could put in there—is what balances the story.”

Whether he’s writing about bullying, the scarcity of global resources, or the nature of virtue (the story’s plot hinges on Tamaya’s brave choices), Sachar says his primary goal is to entertain and engage his readers. “My first hope is that those issues will register on some level but mostly that they’ll enjoy the story. And may be when they’re older, that information will remain with them, and influence their thinking.”

Jessie C. Grearson is a freelance writer and writing teacher living in Falmouth, Maine. She has co-authored two books and several essays on intercultural subjects and reviews art, books, and audiobooks for a variety of publications. She is a graduate of The Iowa Writers’ Workshop.