Malinda Lo Is on the Level 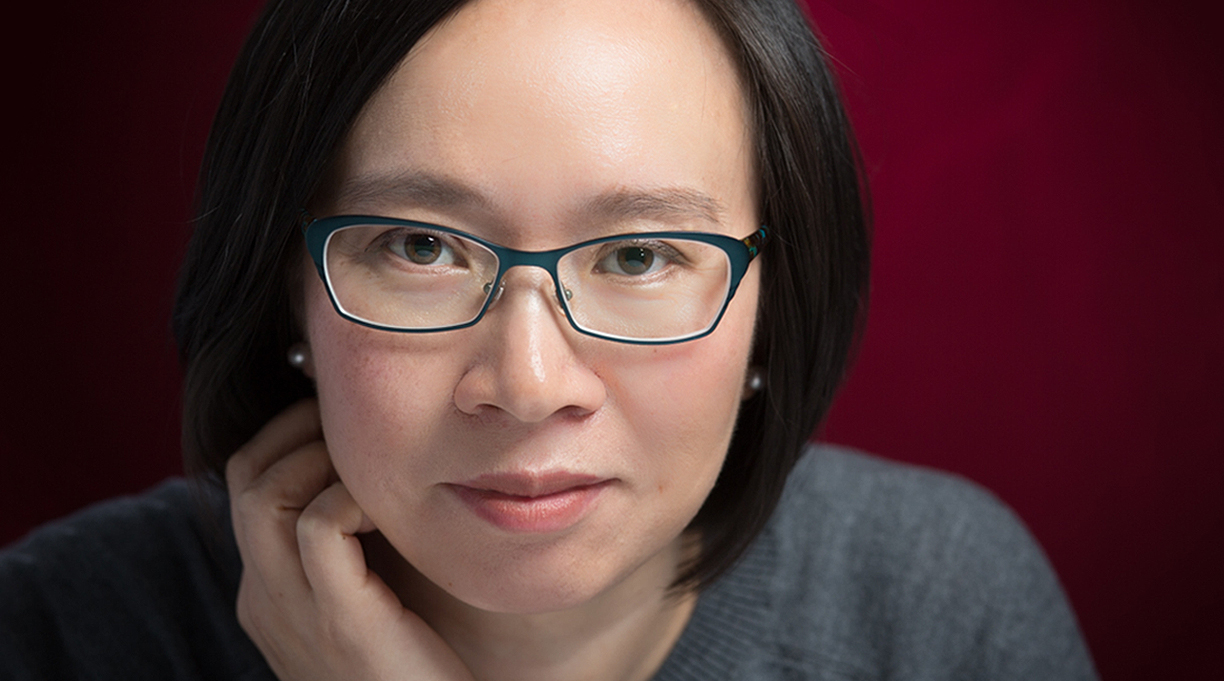 When Malinda Lo received the happy news—she’d won the 2021 Alice B Readers Award, a once-in-a-career honor given annually to authors for literary excellence and contributions to lesbian culture—she took to Twitter to thank the committee and congratulate her fellow honorees.

Many of her followers then took the time to congratulate Lo. And one fan’s words captured a prevalent sentiment: “Ash was the first book I ever read that made liking women seem like an option,” they wrote. “You’ve been doing kickass work for a good while.”

Since Ash, a lesbian retelling of “Cinderella,” debuted in 2009, Lo has become well known for kick-ass YA fiction featuring complex queer characters and compelling storylines. She’s also known for leveling with readers and writers about craft, the publishing industry, and LGBTQ+ representation in her popular blog, Lo and Behold.

“I’ve been engaged in that kind of honesty about publishing for a long time,” Lo tells Kirkus by phone. “Of course, it’s wonderful to be recognized for that. And also, hopefully, for my books.”

Lo’s sixth novel is the marvelous expansion of a short story she wrote about a young lesbian in 1950s San Francisco: Last Night at the Telegraph Club (Dutton, Jan.19) stars 17-year-old Lily Hu, whose interest in an advertisement for a male impersonator leads her to a lesbian bar where she begins to see herself in a new light. “Finally, the intersectional, lesbian, historical teen novel so many readers have been waiting for,” Kirkus wrote in a starred review. “Beautifully written historical fiction about giddy, queer first love.”

The conversation has been edited for length and clarity.

Oh, that’s a really hard one.

Sorry to hit you with the big one up top. We can put a pin in it….

Well, I can tell you what I thought going into this [book]….

When I was writing it, there were all these constraints I had in my subconscious: The book has to be about a teenager. It has to be from her perspective and limited to the teen experience.

The more I got into it, the more I realized there were a lot of things about Lily’s family I wanted to include, but it was basically impossible to do so from her perspective.

In her family, like a lot of Chinese families, the parents don’t sit around telling their kids stories about the past. There’s no reminiscing—it’s just, it’s not a thing that is done widely—so Lily would not even know what had happened in her parents’ past; she wouldn’t have been alive.

So, when Andrew suggested I write some scenes from the adults’ perspectives, I remember saying I didn’t think I could do that. And he’s like, Yes, you can. That was really good [advice]. It helped me get to know Lily better and fleshed out the context in a way that could not have been done if I stuck to her experience.

Speaking of Lily’s experience, one of the most satisfying parts of the book is watching her perception evolve: how she sees the Telegraph Club the first time she goes there, how that changes on subsequent trips. How her self-perception changes, too. There’s a lot of “seeing” and “revising” in this book.

Yes, there really is. Andrew brought that out, too.…He has a great way of seeing what you wrote on the page, which is different than what you thought you wrote. That is a very key thing that I have found so useful working with him: He can take what I wrote and kind of show it back to me, in conversation and in his notes, and I will notice [what] I didn’t realize I was doing. That is so useful because, for me, that’s how you go back and deepen the characterization and the dynamics among the people and the experiences—by noticing what you put there on the page, kind of subconsciously—and then bringing that forward in a way that makes it make sense for the reader. Your subconscious can put something on the page that is important, but you may not have clearly woven it into the story.

What do you love about Lily, as a character?

What I love about Lily is that even though she is quite naïve about a lot of things in life, once she figures out what is happening, she does not hesitate to act….You could read this book as a slow-burn romance, but I don’t think that’s actually what it is. I think it’s that it took Lily whatever percentage of the book to figure out what was happening. And the minute she figured it out, she did something about it. So it was mostly about awakening to who she was, and that took a while. Because, for Lily, there were no examples for her. She’d never experienced [same-sex attraction] before, and it was very difficult to comprehend that that was a possibility.

Is there anything else you’d like our readers to know about Last Night at the Telegraph Club?

This book has been really meaningful to me. I really feel like I leveled up. And I’m very proud of my team….It’s interesting to come back to ideas that I had before I wrote this book, because I learned so much about writing. I look at those older projects, and they seem easier now. After this book, I feel like I can do them.

This interview is for our Changemakers issue. When I read your blog, I see you speaking frankly about craft, about LGBTQ+ representation in YA fiction, and generously sharing your own experiences and insights. It seems like a project intended to join—and start—change-making conversations. To help work toward a more inclusive publishing industry.

Absolutely….I’ve been [in the industry] for 12 years now. Change has been happening for a while, and, especially recently, it’s been happening fast. I’m really glad to have been a part of that.

You often use statistics to communicate the truth about where the publishing industry stands on diversity and inclusion.

In the early days, a lot of the discussion about race and representation seemed to be anecdotal. And for those who were not fully engaged in the fight for greater representation, they could easily dismiss those anecdotes.

When I started doing my research into the number of LGBTQ+ YA books published, that came out of kind of an anecdotal sharing of experiences on the internet—of some authors saying they’d had this experience with a homophobic agent. And people were very much like, Well, this happens all the time. But there were no statistics.

Statistics can be manipulated, obviously, and I would not want to rely on them entirely. [But] putting those things into pie charts can be strangely convincing for a lot of people who otherwise would just dismiss personal lived experience. So I think it’s been really valuable to have both of them. Over the years, more and more people have done these statistical roundups of things—it’s definitely not just me. But I think that it’s useful to have charts and spreadsheets that you can point to to support your argument. It shouldn’t even be an argument! People need these things to support their statements of truth.