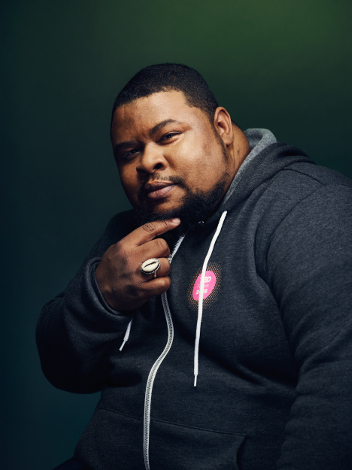 Recipes, like people, have DNA. It may take some ferreting out, some hard kitchen testing, some documentary research, and some more tasting and adjusting, but eventually that yellowed slip of paper tucked into grandma’s copy of Joy of Cooking will yield its ancestry, reveal its origins through the patina of the past, and show how tastes and ingredients have changed over time.

Extend that search for culinary DNA over the course of four centuries and several continents, and you have the quest that Michael Twitty recounts in The Cooking Gene, which evolved from his work as a food blogger in his hometown of Washington, D.C.—incidentally, one of the country’s most interesting culinary hubs these days.

It’s fitting, then, that The Cooking Gene should have emerged as one of the most interesting and newsworthy recently published books about food, one that commanded wide attention and took Twitty to book and culinary festivals around the country. It also won him the James Beard Foundation’s Book of the Year Award, the highest honor in the world of culinary writing. And like the nation’s multiethnic capital, a world city built on Southern soil, The Cooking Gene depicts a cuisine made up of many ethnicities, histories, and identities—fitting, too, since Twitty characterized himself in a recent NPR interview thus: “I am a big guy. I’m African-American. I’m Jewish. And I’m gay.” Twitty’s appreciation for that diversity affords readers a new way of looking at a food tradition that is at once familiar and full of surprises, as Twitty himself discovered.

In his book, which Twitty laughingly says “turns out to be more than I bargained for,” the young cook, gourmand, and food historian takes on a powerful but impossibly complex subject: the origins of the food on his table, not just in terms of where in the world a particular plant first grew or animal first evolved, but also how that food came to be used in his ancestors’ kitchens throughout the South and beyond. “I am one of the 1 percent of African-Americans who can trace a direct bloodline to a white female in the 17th century,” he says, which leads him to write of that region very early in his book. “It is a place in the mind where we dare not talk about which came first, the African cook or the European mistress, the Native American woman or the white woodsman. We just know that somehow the table aches from the weight of so much….”

Twitty does dare talk about such things, writing of the complexities of race and ethnicity where classifications and discussions about them carry—well, a lot of weight, from the first arrival at Jamestown to this very day. But, he says, part of his project is to show that the South is definitively multicultural, multiregional, and not at all monolithic. There are, in fact, many Souths, old and new, deep and highland, all of which Twitty explores through the point of view of the table.

That food has traveled across time and space. Consider the seafood-heavy diet of the Virginia coast and Maryland shore, which followed the people of the region as they crossed the Appalachians and spilled out into the country beyond. As they did, Twitty writes, “the canon of Southern food and its African American component gained incredible singularity of character.” It adapted but retained that character, so that, he adds, “turkey with oyster dressing on a Maryland plantation became turkey and freshwater clam and mussel sauce on a slaveholding Missouri farmstead.” That food is something still different today, whether in Texas or California or even back home in the Chesapeake country. Even so, its origins are instantly recognizable.

His ancestors—hence the title of his book—and some of the foods that defined their daily lives are what Twitty calls his “anchors.” Exploring them, he makes a persuasive case for the food of the region as a blend of traditions, West African, and Native American and British Isles, that take their places alongside each other at table more easily than the people involved have often done. That fraught past underlies what Twitty calls the “Southern Discomfort” tour that he undertook while researching his book—a tour that he extended across the ocean to Africa, where he plans to return later this year, continuing his quest after the DNA of the table.

“I’ve always been interested in history and the inner lives of human beings,” Twitty says. And how better to explore such things than through that most essential of things, the food we eat? Lively and thoughtful, Twitty’s book satisfies the reader’s curiosity while piquing the appetite, a success both culinary and literary.