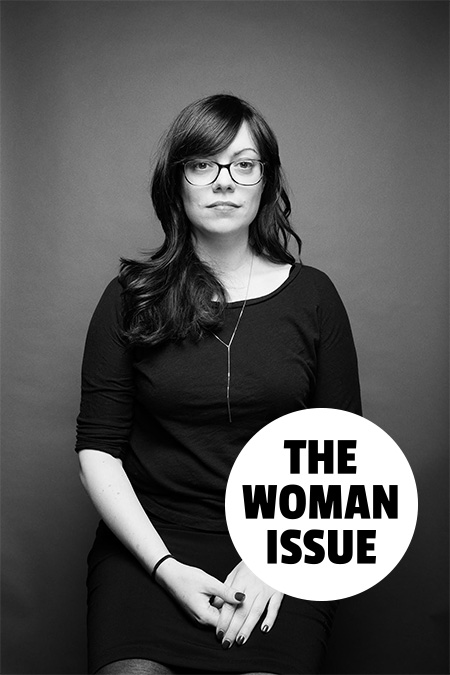 In 2013, as the feminist nonprofit VIDA: Women in Literary Arts released its tally of gender byline counts, cultural debate raged over whether literary criticism was too mean. Michelle Dean hosted an event in New York City in May of that year with the same title as her new book: Sharp. The event brought together a who’s who of literary female opinion, including names like Miriam Markowitz, Michelle Orange, and Kate Bolick. And the evening was packed to the rafters. Dean had already begun formulating the book: “2013 feels like a million years ago now,” she says, “but at the time, it really did feel like criticism was dominated by a number of, for lack of a better word for it, men. And what was interesting to me was the way they were comfortable claiming authority.”

How to attain that comfort as a woman is indeed the central question at the heart of Sharp: The Women Who Made an Art of Having an Opinion, which examines the lives and professional successes of Dorothy Parker, Rebecca West, Hannah Arendt, Mary McCarthy, Susan Sontag, Pauline Kael, Joan Didion, Nora Ephron, Renata Adler, and Janet Malcolm. A compulsively readable mix of biography, literary criticism, and cultural history, Sharp weaves the stories of these women together to paint a portrait of their similarity: their ability to, eventually, claim authority. Not that any of their journeys toward this authority was particularly comfortable. “Pretty much none of these women claims authority comfortably,” Dean says. “It takes time, and you build something—it’s about finding a particular kind of voice.”

That voice, Dean explains, was often given a name: sharp. It is, when lobbed at these women, both a compliment and an expression of underlying terror—these women were able to cut to the heart of things using thought and wit, and they were by and large unconcerned with being “nice” on the page. “On the page, they performed as though they were unafraid of the things that would hurt people,” Dean says. “I did sense that people felt threatened by them—although the more interesting men usually end up admiring [them].” And there is a lot to admire, both in the details of their lives and in the ways Dean weaves those details into a throughline that feels like a chance to know these critics better, to learn from them.

On the heels of Hillary Clinton’s candidacy and given today’s polizared political landscape, the writers who fill Sharp’s pages offer inspiration and one kind of solution: “One way that I describe the book is, ‘This is one way to get heard—it’s not the only way to get heard, and you don’t have to use this tone, but if often works.’ ” Dean explains that the sharp tone these women shared does tend to “pierce” things. “There are tools that have been left behind by our predecessors that are useful to us, even though  none of these women had a smooth relationship with feminism,” she says.

In fact, that ambivalence, Dean argues, is worth examining: “Another thing about our current moment tends to be this argument about needing a smooth, comfortable relationship with the feminist movement in order for us to marshal our power. But one of the interesting things the book taught me was sometimes you can start an accidental feminist movement.” The desire for lock-step solidarity is wholly understandable, Dean says, but as unnecessary as it is unrealistic. “One of the mistakes I worry about is that we think our solidarity can’t be constructed by argument, by serious engagement with one another.”

Jaime Netzer is a fiction writer living in Austin.