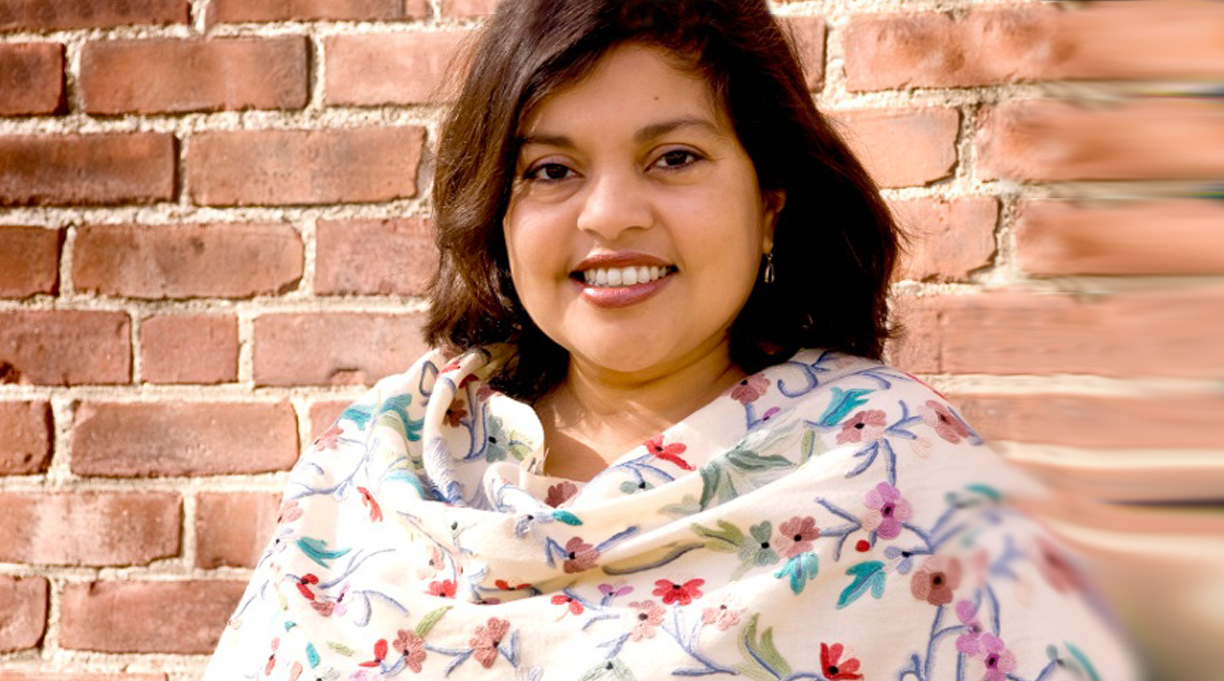 Mitali Perkins has been crossing borders her entire life. Her family emigrated from rural India to the U.S. when she was young, and they continued to travel throughout her childhood. Even when they settled in one place, Perkins says, “I was dancing between the culture of home and the culture of school.”

The grounding force was her love of words. Perkins started reading at 3 and skipped picture books in favor of novels. She started keeping diaries not long after. Writing became a constant part of her life, but as the child of immigrants, she didn’t consider it a possible career.

Nonetheless, she kept writing. When her second book was finally published more than a decade after her first, she decided that it was time to make writing her full-time job. Since then, she’s been writing stories for kids and teens about “life between cultures” and how to promote justice in those interactions, especially between the powerful and the powerless.

Her most recent novel, Forward Me Back to You,is the story of two American teens on a service trip to Kolkata. Robin, who was adopted from India as a baby, is struggling to move forward, uncertain of how he fits into the wealthy white family he grew up in and the world in general. Raised by a single white mom, and not knowing the identity of her brown biological father, Kat finds her hard-won success derailed by an attempted assault.

Despite their struggles at home, neither teen is emotionally prepared for their trip to India. Their attempts to help the people they meet often backfire because they don’t understand the social structures of their temporary home. “Being brown does not make you any less clueless,” Perkins says. “Just because you’re brown doesn’t mean you don’t have to think carefully about power dynamics.” In particular, the characters deal with the challenges of three ways of moving people across borders: human trafficking, voluntourism, and international adoption.

The issue of adoption is especially important to Perkins since she and her husband adopted twin boys from India. As much as she loves her sons, Perkins has struggled with the implications of their adoption and a profound grief for their birth mother. “There’s something that seems so unjust about that,” she says, “I get to raise these beautiful boys who are the love of my life because she didn’t have the money? She didn’t have the power? She didn’t have the support?”

That habit of putting herself in someone else’s place is vital to Perkins’ writing process. Even as a kid, she says, “I had this kind of crazy imagination that allowed me to imagine life inside someone else’s skin.” As she writes, she’ll look for every character’s story, their background, and their perspective on events.

Perkins thinks we could all use a bit more of that empathy. “We’re so parochial right now, we’re so trapped in our little bubbles, surrounded by people who are just like us,” she says. That lack of connection to people with different experiences fuels the fear and division that feel so prevalent in the world.

As such, she can’t bring herself to condemn practices like international adoption and mission trips. Despite their sometimes-exploitative nature, these types of movement across borders offer the opportunity to build real, lasting relationships with radically different types of people. “Relationships across power borders are risky,” Perkins says, “I won’t deny that. But I think they’re vital.”