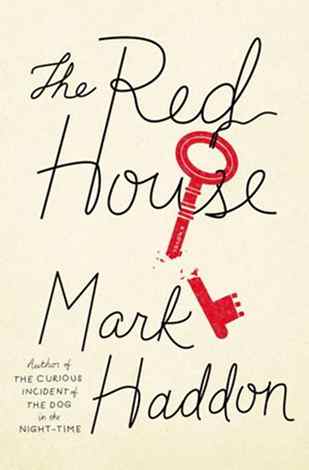 Our review lauded British author Mark Haddon's The Red House as “a novel to savor,” saying that “the plot feels organic rather than contrived, the characters convincing throughout, the tone compassionate and the writing wise.”

The third novel is the best from an author who initially wrote children’s books, enjoyed a critical and commercial breakthrough with 2003’s The Curious Incident of the Dog in the Night-Time and experienced something of a sophomore slump with its follow-up, A Spot of Bother. Narrative voice remains a key to Haddon’s fiction, as he juggles the novel’s point of view among eight different characters (with multiple perspectives per page), as an extended family finds its relationships shifting on a rare vacation together.

The setup here is as familiar as A Midsummer Night’s Dream (which your novel specifically invokes toward the end), along with plenty of novels where characters experience discovery and revelation while on holiday away from the constraints of society, (with “the normal rules…temporarily suspended”). How did you meet the challenge of making the familiar seem so fresh?

Isn’t that always the aim, whatever the setup? Freshness comes, I think, with attention to detail, both physical and psychological. We make characters interesting in the way that we make any strangers interesting, by moving closer, by looking harder, by listening, by putting ourselves in their shoes. Something similar goes for houses, for landscapes, for language itself…

Where many novelists shift perspectives by devoting separate chapters to different, individual characters, your narrative shifts perspective as often as every paragraph, multiple times per page. Was this the plan for the novel from the start?

I’ve always thought it would be a very good idea to try and emulate the Virginia Woolf of Jacob’s Room, To the Lighthouse and The Waves. You can’t do it, of course. No one can. Those novels are sublime. But aiming in their general directions should help.

Among the eight members of this blended family, are some relationships more central to the novel than others? Is there any character you would consider a protagonist?

Historically the novel began with Angela and her relationship to Karen, her stillborn daughter. In all the other respects I tried very hard to make the novel rigorously democratic. I wanted to give each character equal space irrespective of their age, gender or social status. As I write that sentence, I realize that, despite the novel being both middle class and largely apolitical, this structure grows out of deeply and passionately held political beliefs. Interestingly, however, most readers of the novel disagree as to which characters are at the center of the novel, which I’m taking as a compliment.

A Spot of Bother was a very traditional novel in which I learned, among other things, how to organize an ensemble. Curious Incident, despite its accessibility was, I think, rather radical, and not just because of the reliably unreliable narrator, the pictures-which-aren’t-quite-illustrations or the interwoven mini-essays. It was, among other things, a book about books, a book about how we read. I hope The Red House pushes the envelope in some small way. If it does so, I think you’re right, it is in the speed with which it shifts perspectives and how this articulates the experience of being in a family that novels often miss.

You have one character reflect, “What strangers we are to ourselves, changed in the twinkling of an eye.” Do your characters get to know themselves and each other better over the course of the novel? Or do they remain strangers—to the others and to themselves? Is what they learn how little they can know?

This is one of those questions I think readers should answer. You create characters so that they become real to readers. If you are successful then it’s up to the readers to make judgments about.