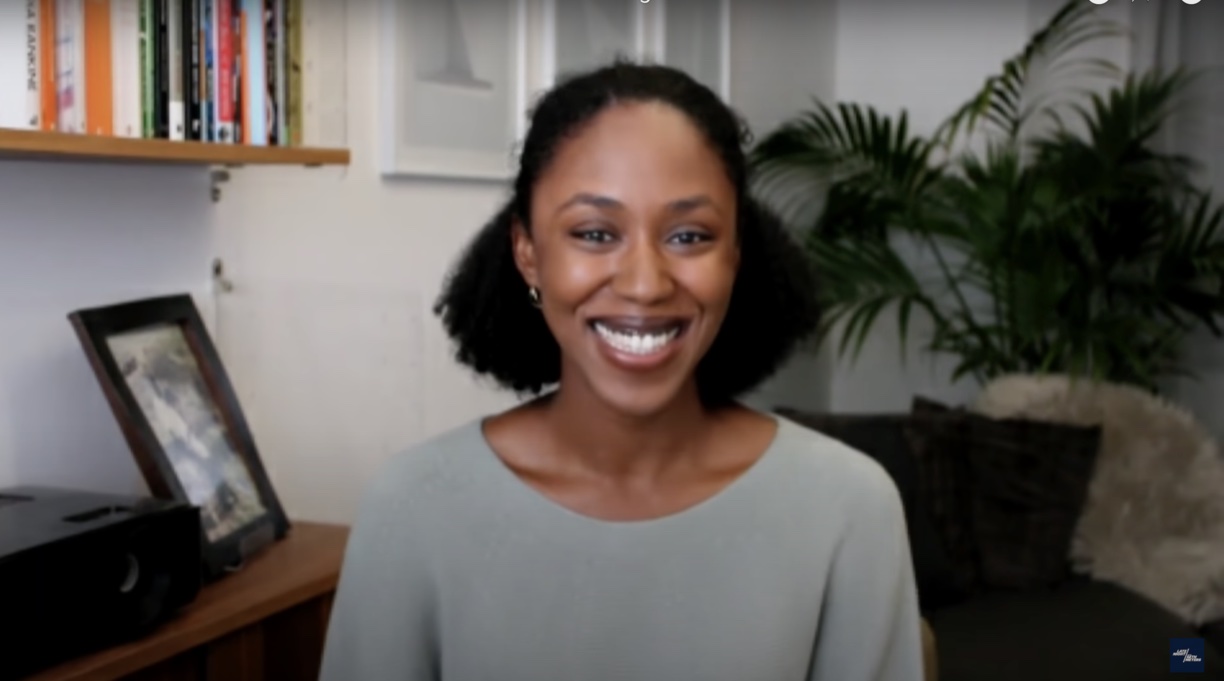 Brown’s book, published in the U.S. on Tuesday by Little, Brown, follows a Black British woman who works in the finance industry and who contemplates her future while preparing to attend a party at her White boyfriend’s family’s estate. In a starred review, a critic for Kirkus called the book a “brilliant debut” and “a piercing meditation on identity and race in contemporary Britain.”

Meyers asked Brown, who worked for a decade in finance, whether the novel was at all autobiographical.

“I think we don’t even really know much about [the narrator] as a person, and that was something I really consciously wanted to do,” Brown said. “It definitely drew on the kind of people I’ve met, things I’ve seen. But I really tried to make sure it was almost an immersive experience, and tried to keep the details about the narrator out of the story.”

One detail from real life did make it into the book, however, Brown told Meyers—she was inspired by something she spied at a friend’s home.

“I saw her high chair, and a few months later, when she saw the manuscript, I got a message saying, ‘Is that my high chair?’” Brown said with a laugh. “But I think she’s happy that it’s in a book now.”

Brown also addressed the book’s length—it’s a modest 112 pages. Reactions to that from readers have varied, she said.

“I think there’s definitely been the ‘I wanted more’ response, and then also the slightly sort of sheepish response that it’s kind of nice to have a short book,” she said.