Netflix's All the Bright Places: Sincere but Slight 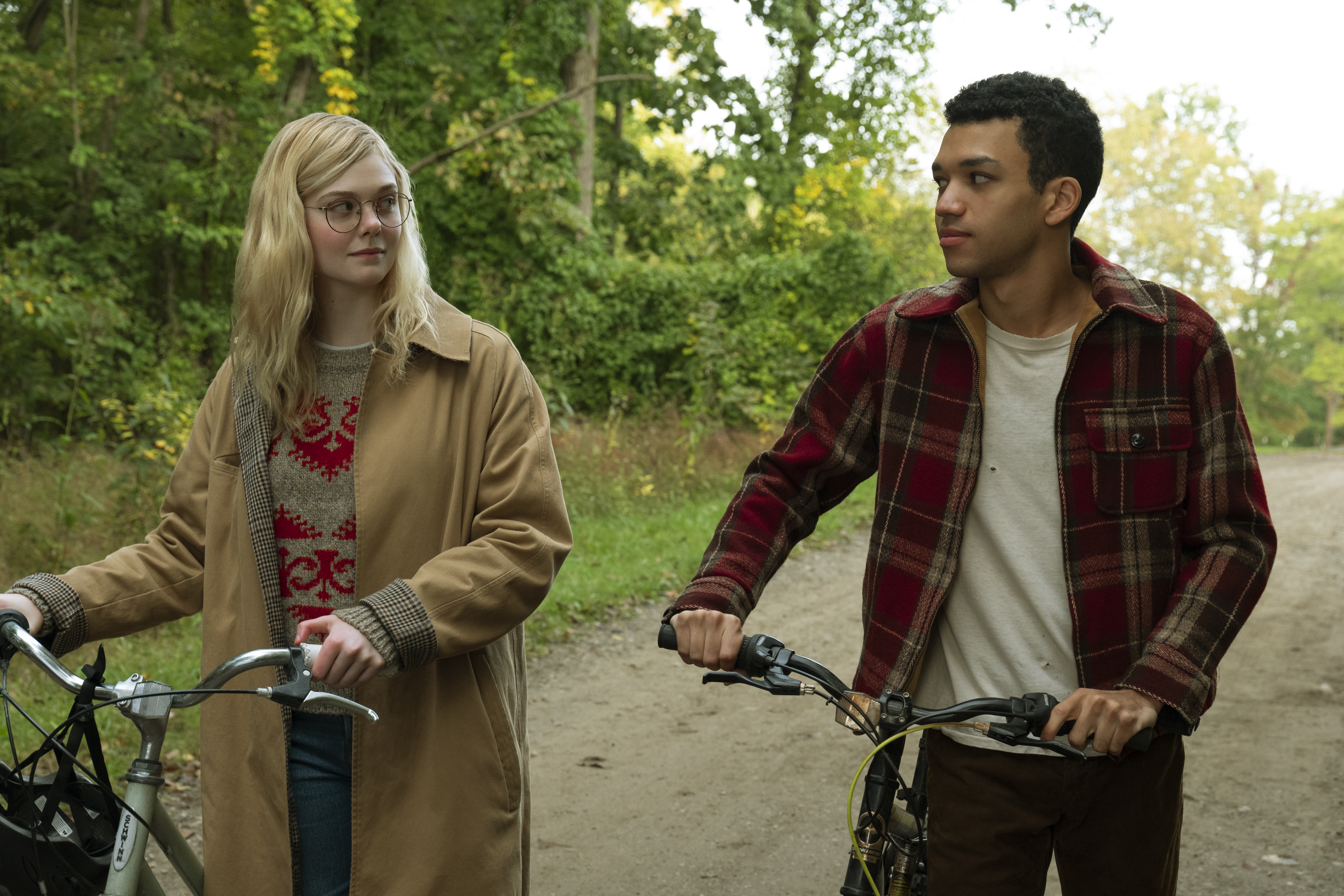 Jennifer Niven’s 2015 YA novel, All the Bright Places, which received a Kirkus star, tackles some difficult themes in its story of two teenagers in love—including grief, mental illness, and suicidal impulses. The Netflix film adaptation, which premieres on Feb. 28, has a more modest goal: to provide viewers with a charming, sincere romance, with a bit of tragedy thrown in.

In the book, Indiana high school senior Violet Markey is deeply grieving her sister, Eleanor, who died in a car accident months earlier. As the story opens, she finds herself standing on the ledge of her school’s bell tower, considering suicide. However, there’s already another student there, also thinking about jumping: Theodore Finch, the class outcast, whom she knows only from his reputation: “Junior year he wore a cape every day for an entire month, cracked a chalkboard in half with a desk, and stole all the dissecting frogs from the science wing and gave them a funeral before burying them in the baseball field,” Violet later recalls.

Finch, as he’s called, convinces her to come down from the ledge, and he soon fixates on her—aggressively volunteering to be her partner on a geography-class project, sending her unsolicited Facebook messages, and, later, throwing pebbles at her bedroom window and sleeping in her front yard. Whenever he’s around her, he’s a frenetic chatterbox, overwhelming her with loopy, superficially charming observations and occasional literary references—including a quotation from Virginia Woolf’s suicide note—as he seeks to fix what he thinks is wrong with her: “All I see is someone who’s too afraid to get back out there. Everyone around you is going to give you a gentle push now and then.…You need shoving, not pushing.” Violet finds all this unexpected attention to be surprisingly invigorating, and the two fall in love. They’re blissfully happy, for a time—until a crisis leads to catastrophe.

The movie version, co-written by Niven and Liz Hannah, tells the same story in broad strokes, but it tones everything way, way down. Violet’s debilitating grief, which involves terrible nightmares, is much less of a factor in the film; indeed, viewers may forget about it once the romance kicks into gear. Finch’s clear mental illness is undiagnosed in the book, but it’s strongly implied to be bipolar disorder, which is mentioned by name. In the movie, however, this disorder may be easy to miss until the final act; his nonstop patter is ratcheted down, making it seem merely eccentric, rather than manic.

Several scenes, in fact, lack any dialogue at all, instead highlighting composer Keegan DeWitt’s hypnotic, often breathtaking score. It must also be said that Elle Fanning and Justice Smith, as Violet and Finch, are fine actors who play off each other wonderfully, even in silence. Add in gorgeous, autumnal visuals, courtesy of director Brett Haley and cinematographer Rob Givens, and you have a love story that’s undeniably a pleasure to watch—but one that never dares to seriously challenge its audience. The film had an opportunity to show what it means to live with mental illness every single day, and how it affects loved ones’ lives. Finch’s narration does some of this heavy lifting in the book, but the movie simply isn’t interested in carrying that weight; it grapples with the character’s issues only briefly and superficially, as if it’s in a hurry to leave them all behind.

The sad event that ends the story is an occasion for a few tears in the film, but it’s mainly a reason to have a major character give a rousing speech (an actual speech, in a high school class) about how “there are bright places, even in dark times.” The problem is that the movie doesn’t let audiences experience all the dark places for themselves.