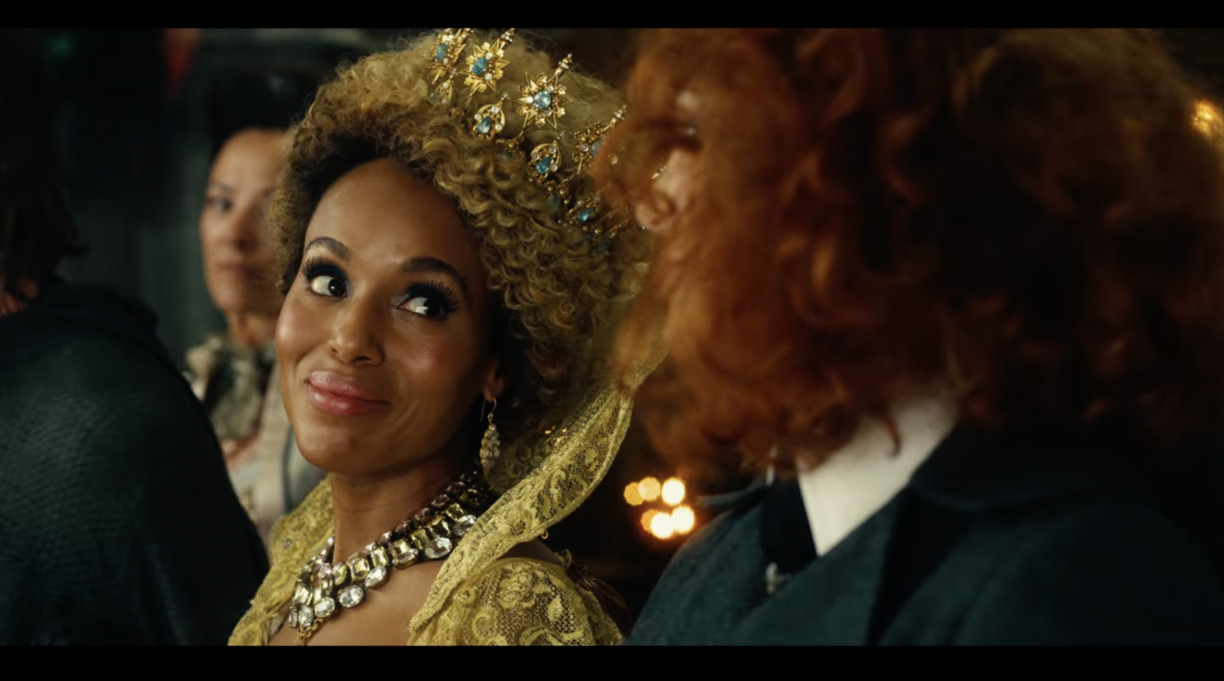 Kerry Washington in the trailer for Netflix’s ‘The School for Good and Evil.’

Netflix gave viewers a sneak peek at The School for Good and Evil, the upcoming movie based on Soman Chainani’s 2013 novel.

Chainani’s children’s fantasy book, illustrated by Iacopo Bruno and published by Harper, follows two girls studying to become fairy tale characters in a school that educates future heroes and villains. A critic for Kirkus called the book “rich and strange (and kitted out with an eye-catching cover), but stronger in the set pieces than the internal logic.”

The novel is the first in a six-book series. The most recent installment, Rise of the School for Good and Evil, was published last month.

The film adaptation is directed by Paul Feig, known for movies such as Bridesmaids and Spy, and is written by Chainani, David Magee, Laura Solon, and Malia Scotch Marmo.

The trailer features Theron, in a voiceover, saying, “Did you ever wonder where every great fairy tale begins? Where the good become heroes, and the evil become villains?” There’s a shot of two girls being carried by a large roclike creature to a large castle, presumably the titular school.

The School for Good and Evil is slated to premiere on Netflix this fall.