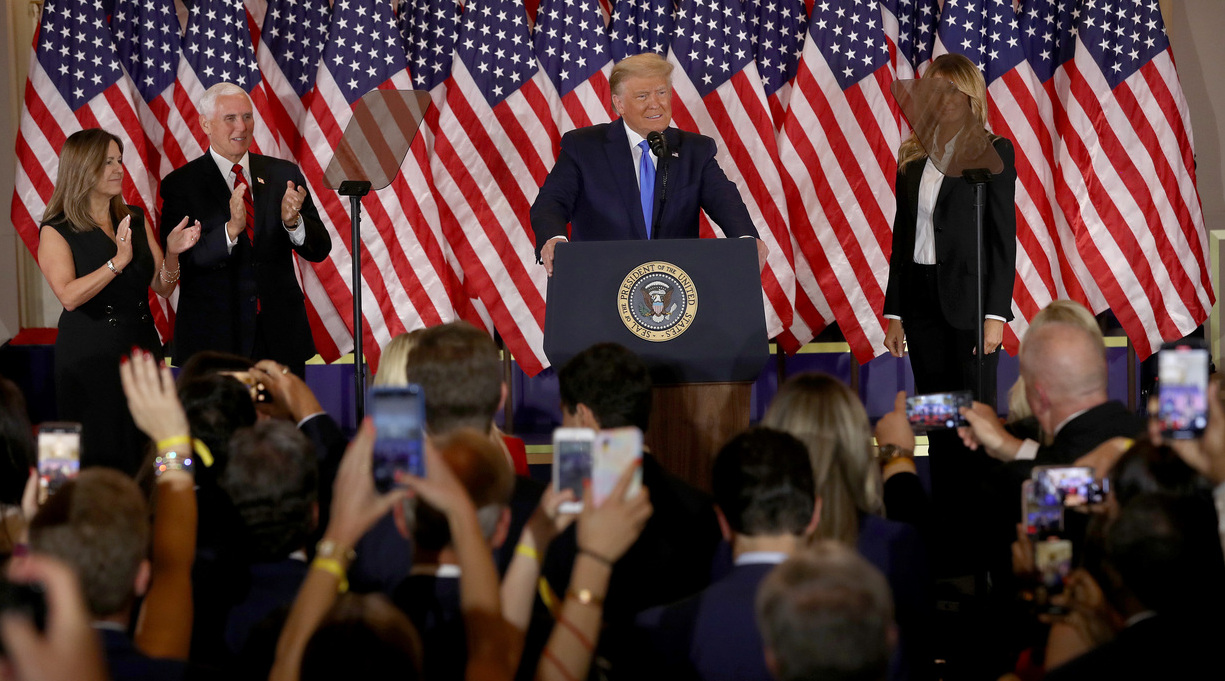 The Washington Post printed an excerpt from Leonnig and Rucker’s I Alone Can Fix It: Donald J. Trump’s Catastrophic Final Year, recounting Giuliani’s “commotion” at the White House as voting results started to be reported.

The former New York City mayor wanted the Trump campaign “to just say Trump won, state after state, based on nothing,” write the authors, and urged the then-president’s aides to declare victory in vital swing states like Michigan and Pennsylvania. Leonnig and Rucker write that “some people thought Giuliani may have been drinking too much.”

“What the fuck are these guys doing?” Trump yelled. “How could they call this this early?” They’re stealing this from us. We have this thing won. I won in a landslide and they’re taking it back.”

Publisher Penguin Press describes I Alone Can Fix It as “the definitive behind-the-scenes story of Trump’s final year in office.” It’s the second book by Leonnig and Rucker, following A Very Stable Genius: Donald J. Trump’s Testing of America, which came out in 2020.

I Alone Can Fix It is slated for publication on July 20.