How N.K. Jemisin Is Transforming SF/F 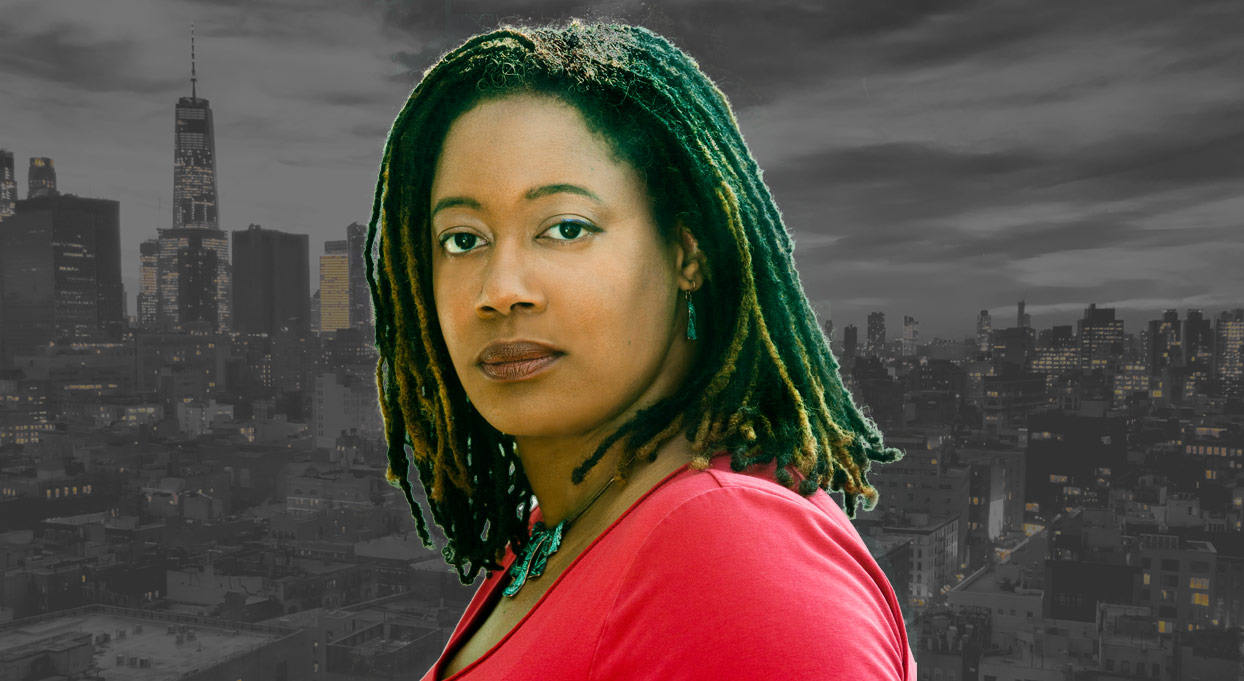 “I’m a fucking nerd, and I just want to talk about nerdy shit,” says author N.K. Jemisin over tea at a Brooklyn cafe. Our table is slightly unbalanced, and we laugh at a joke about spilling tea, literally and figuratively. Jemisin knows a thing or two about overturning tables, too: She’s won an unprecedented three straight Hugo Awards for her Broken Earth Trilogy; recently ventured into comic-book writing via “Far Sector,” and is set to release a breakthrough novel, The City We Became (Orbit, March 24), about the rise of powerful avatars battling for the soul of New York City. The book sprawls, and whether you’re new to Jemisin’s writing or have read her eight previous novels and many stories, you’ll marvel at her way of interweaving contemporary conversations and decades-old racial and social politics in a type of science fiction and fantasy that feels almost too real.

In The City We Became, a sinister power seeps its way throughout the Big Apple, infecting people, landmarks, buildings, and institutions. The novel splits and comes together again as five avatars awaken—each in a different New York City borough—with new powers and an awareness of being a part of something bigger: an Indian female mathematician; a middle-aged black female former rapper; a sheltered white female librarian; a racially ambiguous white-collar man; and a female Lenape nonprofit executive.

Before she became one of the leading lights of science fiction and fantasy, Jemisin was a longtime fan who understood the harm of misrepresentation; now she is a forceful corrective to the genre’s limited imagination when it comes to the depiction of marginalized identities and experiences.

In telling new stories—with new heroes, new issues, and new politics—Jemisin has rankled some of her peers and critics. “So much of storytelling is centered around the feelings of people that are privileged,” she says. She sees her fiction as “decentering the feelings of those people [so] that you get new stories.” The reaction has been persistent, but not surprising, as her work points toward the type of future that makes a lot of her peers uncomfortable. (One white male writer referred to her as “savage.”)

“Art exists in the crosshairs of the society we discuss,” Jemisin says, and she reminds me that as black writers, “we exist at the intersection of so many places [in] our society that aren’t valued.” She goes on to share her simple mission statement: “All I’m trying to do is make sure I don’t do harm.” Her work, as a result, leads us to more honest, braver places.

This mission also keeps her in constant conversation with fans, especially on her very active Twitter account (123,500 followers and counting). That kind of relationship means a lot to Jemisin, not just from a branding perspective, but for the community and the connection it provides. She knows that firsthand.

Jemisin pauses to tell me her Octavia E. Butler story. It was years ago at an SF convention, and she remembers seeing Butler, a known introvert, placed at a table in a huge exhibition corridor, her books stacked neatly on the table before her. Across the way, Jemisin stared at her hero, an anxiety attack washing over her. “I loved her with all my heart”, Jemisin says. “I would have never tried to get published if Octavia Butler wasn’t doing stories.” As she looked at Butler, likely the only other black woman at this genre convention, she took in Butler’s visible discomfort as hordes of conventiongoers raced by the table. “She’s sitting there, trying to be accessible to people even though I could see the sensory assault,” Jemisin recalls. “If I was able to step outside my own anxiety and talk to someone, I could have helped her.” She pauses before adding, “I could have simply treated her like a human being.”

Jemisin thinks about that moment when she interacts with fans at book signings and author events. In some cases, she’s personally befriended fans; she talks about one woman who followed her public appearances and was often too anxiety-ridden to interact with her. Eventually they formed a relationship. Jemisin isn’t just entertaining fans—she’s building a community.

Tre Johnson is a Philadelphia-based writer whose work has appeared in Rolling Stone, the New York Times, Vox, and Vanity Fair.