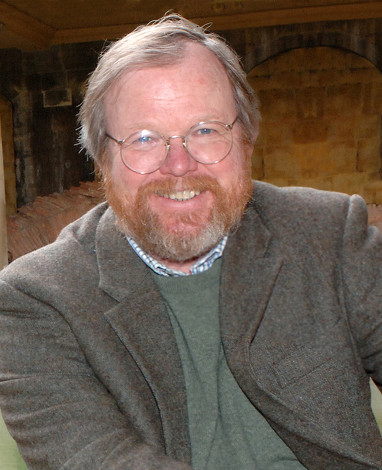 It’s five minutes into a phone call with Bill Bryson as he says, “I was always fascinated by Charles Lindbergh and Babe Ruth, even though they were from my parents’ generation,” and I find myself fantasizing. Perhaps it’s the soft lilt of Bryson’s voice, the grandfatherly tone of his answers, or the way he manages to make even the mundane sound magnificent, but I find myself imagining how wonderful it might have been if Bill Bryson had taught all my history lessons in school.

He’s talking about his most recent book, One Summer: America 1927, a chronicle of five months in the history of our country, a summer that saw Charles Lindbergh become the first man to fly the Atlantic, and become so famous, writes Bryson, “that crowds would form around any building that contained him and waiters would fight over a corncob left on his dinner plate.” On the other end of the same summer, Babe Ruth, who at the time was “fat and out of shape,” says Bryson, “and not at all a big athlete,” hit 60 home runs and became a legend.

“Both had their great summers simultaneously,” explains Bryson, “and initially I thought it might be interesting to write a dual biography, sort of heading towards 1927.” But as he delved into the events of the summer, he found all kinds of other curiosities that singled it out as a significant time and compelled him to broaden his focus. It was that summer, for example, when Al Jolson began shooting The Jazz Singer, the first ever talking picture, the mighty Mississippi flood devastated much of the nation’s midsection and its clean-up propelled future president Herbert Hoover into the limelight. It was also when Henry Ford invented his Model-T and Al Capone had his best year. “I really didn't want to have a subtitle that said, ‘The Year That Changed the World’ or something,” he recalls. “I intentionally kept the title sort of opaque because I wanted people to discover all this other stuff as they read through the book, just the way I had stumbled onto it.”

Bryson is the UK’s best-selling nonfiction author, or at least that’s how he’s described in several newspaper profiles and in his honorary doctorate degree citation from King’s College, London. He has more than 15 books under his belt and just as many awards, he’s served as the chancellor of Durham University and he is a few months short of his 62nd birthday. But when he starts talking about Lindbergh or any of the other stories from his book, a simple childlike wonder takes over. His voice rises in pitch, his vocabulary turns to words like “magical” and “amazing” and his deep curiosity, and delight, for everything—science, language, travel or history—becomes evident.

The book took him four years (a year longer than he had expected); most of that time was spent on research. He read through newspapers and magazines from that summer chronologically, thinking of it as his version of time travel. “The people that were alive at the time would have been getting the information from the newspapers exactly as I was,” he exclaims, “except I was getting it 86 years later.”

In a time of digital books and databases, when libraries are losing so much of their significance, Bryson continues to be a fan. Much of his research and inspiration comes from physical books and brick-and-mortar libraries. “Isn’t there something wonderful about being in a library and being around people who are similarly engaged in a mental quest?” he asks rhetorically. Perhaps it’s only apt that Durham University renamed its main library after him last year. But he’s not entirely immune to the ease and accessibility of the Internet. “In the old days, if I needed to check a fact I would have to put my coat on and go to the library just to look up a date,” he reminisces. “Now I can check facts very very easily just from a desktop.”

Bryson’s painstaking research is what makes One Summer a delightful collection of amusing and exhilarating facts. Within its pages you’

ll find out that the presidents' eyes on Mount Rushmore are car-length wide, that women were not allowed to hear murder cases in courts in New York state in 1927 or that when George V met Lindbergh, the one thing he asked the aviator was how he had peed while flying solo (in a pail). Curious little details like that are Bryson’s trademark. In At Home: A Short History of Private Life, his 2010 book that is described as an “epic chronicle of domestic history” and is now being reissued in a wonderfully illustrated edition, he reveals that Thomas Jefferson was “the first person in America to slice potatoes lengthwise and fry them,” making him the father of the American French fry.

“I'm not a historian, I'm not a professional researcher, I'm a journalist,” he explains. Bryson could just as well be a wizard. He certainly has the beard, the round-rimmed glasses and the soft British accent from years of living in the U.K. (though his Iowa upbringing peeks through on the odd word) that would fit right into a Harry Potter movie. But his wizardry is of a narrative kind. In anyone else’s hands, all the interweaving threads of the summer of 1927 could have resulted in an unintelligible mess—a cacophonous symphony without a conductor. But Bryson, undoubtedly a talented raconteur, maneuvers a subject so scholarly with such wit and wonder that you feel like you’re on the listening end of a most riveting history lesson.