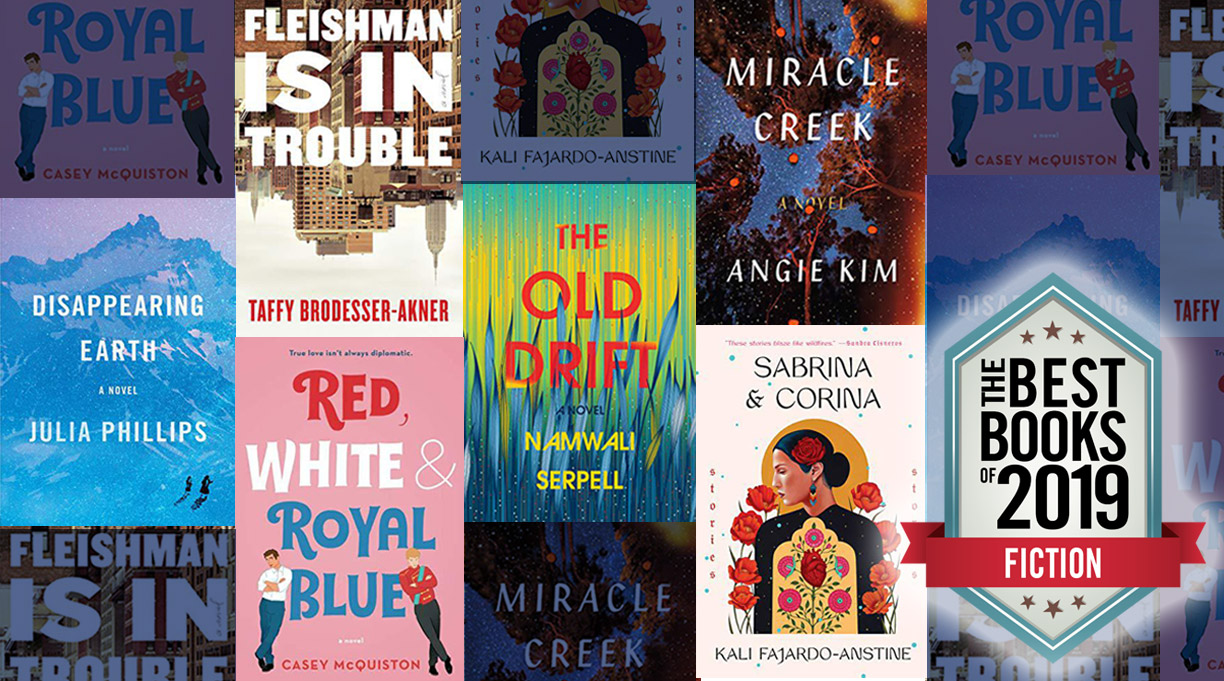 I end every year by saying “This has been a great year for fiction,” but that doesn’t make it any less true—and judging by the spectacular debuts that were published in 2019, it will continue to be true for years to come. I’m already excited to see what Ocean Vuong does next after what our review called the “raw and incandescently written” On Earth We’re Briefly Gorgeous (Penguin Press) or what Taffy Brodesser-Akner comes up with after the funny and surprising Fleishman Is in Trouble (Random House). Where will Julia Phillips take American readers after introducing us to Russia’s remote Kamchatka Peninsula in Disappearing Earth (Knopf)? What will Kali Fajardo-Anstine write after Sabrina Corina (One World), a collection of stories about Latina women of Indigenous descent that is a finalist for the National Book Award?

What’s next for Angie Kim after her complex legal thriller, Miracle Creek (Sarah Crichton/FSG)? How will Namwali Serpell follow up her brilliant magical realist epic, The Old Drift (Hogarth)? In an interview with my colleague Megan Labrise, she said, “I think fiction really allows us to imagine things that we wouldn’t otherwise imagine….Reading about something that doesn’t exist yet—the impossible, the very near future, that sort of thing—does something to our emotions. I think it’s a lot of where hope comes from.”

We could use some more hope; maybe Casey McQuiston can help with that. The book I may have heard more people recommend this year than any other was McQuiston’s funny, sexy romance, Red, White Royal Blue (St. Martin’s Griffin), in which the biracial son of America’s first female president falls in love with an English prince. We need more wish fulfillment like that, and soon.

If you can’t wait to escape our current reality, try one of 2019’s best SF/F novels. Our reviewer called Seanan McGuire’s Middlegame (Tor) “thrilling, emotionally resonant, and cerebral” and dubbed it “Escape to Witch Mountain for grown-ups.” Sounds perfect. Or how about Black Leopard, Red Wolf (Riverhead), the first volume of Marlon James’ epic trilogy that our reviewer thinks might rank alongside Game of Thrones. If you’re a fan of Jasper Fforde’s Tuesday Next books, you’ll be excited to read Early Riser (Viking), in which the Welsh winter becomes so deadly that most people hibernate through it (and not just because of the rain). Our reviewer called it “whip-smart, tremendous fun, and an utter delight from start to finish.”

Or you could escape the U.S. election season by turning to a novel in translation such as Celestial Bodies (Catapult) by Jokha Alharthi, the first book by an Omani woman to appear in English, which “provides fascinating insight into Omani history and society,” or the playful Night School (Open Letter) by Brazilian/Hungarian writer Zsófia Bán, written in the form of a student textbook.

One writer making a big splash this year was Bernardine Evaristo, who was jointly awarded the Booker Prize for Girl, Woman, Other (Black Cat) along with Margaret Atwood’s The Testaments. This is Evaristo’s eighth book but the first to be published in the U.S. Consisting of a tapestry of voices of black British women, the book is “beautiful and necessary,” according to our review. Fiction has always been necessary—as entertainment, as edification, as a way to understand yourself and people utterly unlike you—and no matter what your reading mood, you’ll find something to satisfy you among the best books of 2019.