Our Nonfiction Editor Picks the Best Books to Read in November 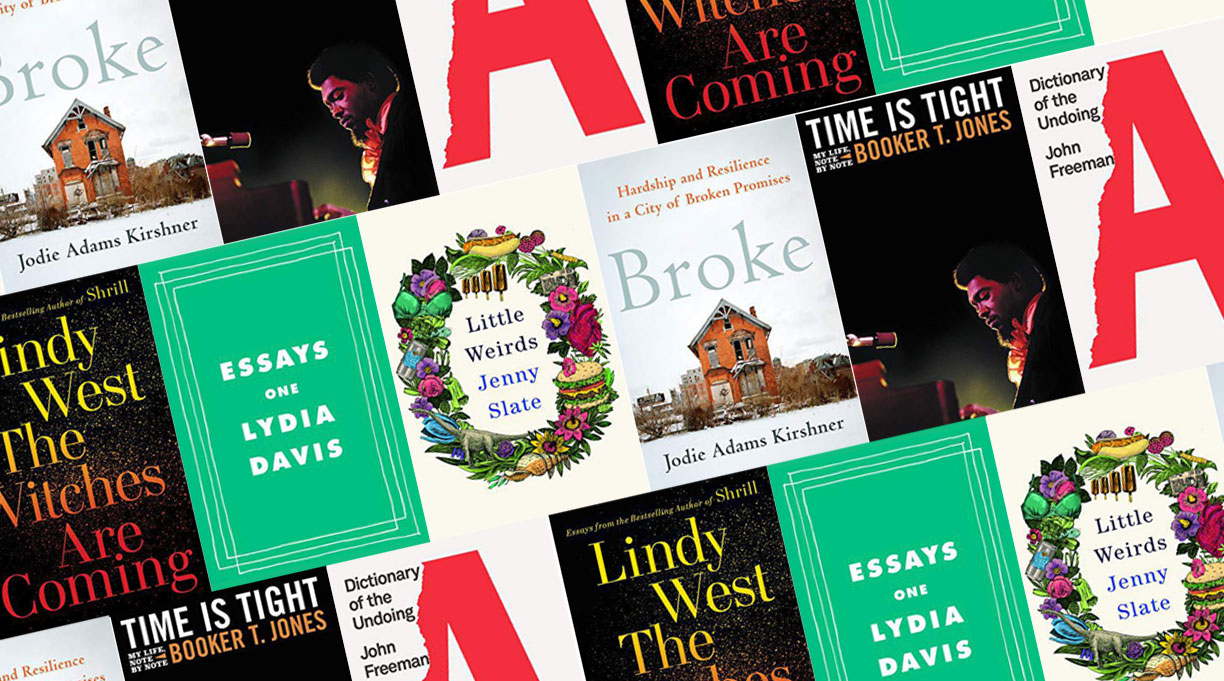 Every month, there are at least 20 books that I would feel comfortable recommending to friends and family, depending on preferred subject matter. In the spirit of the recently awarded Kirkus Prizes, which feature 6 finalists in each category, here are my top 6 choices for November (no, I can’t choose a winner), in alphabetical order by author, which cover a nice variety of subjects and styles.

Essays  One  by Lydia Davis (Farrar, Straus and Giroux, Nov. 12). In the first installment of a two-volume set, a master of the short story collects essays on writing and, especially, translating. From Samuel Beckett and Franz Kafka to John Ashbery and Thomas Pynchon, Davis provides “lively essays bound to stimulate debate among readers of global literature,” according to our reviewer.

Dictionary  of  the  Undoing by John Freeman (Hachette, Nov. 5). As the executive editor of Literary Hub and founder of his eponymous literary journal, Freeman has always demonstrated a fierce passion and discerning eye when it comes to literature and language. Here, he expresses his palpable anger about our current political and cultural landscape, arguing that “we need to take the one tool being vandalized before our very eyes—language—and reclaim it, and redefine what it means to be an ethical citizen in the present moment.” From A to Z, he examines the words that he feels are most potent for our time, offering what our review calls “exuberant and inspiring clarion calls for activism.”

Time  Is  Tight:  My  Life  Note  by  Note  by Booker T. Jones (Little, Brown, Nov. 1). In a long-awaited memoir, the iconic Stax musician and composer takes us behind the scenes of the music-making process. The author explores not just Booker T. The MG’s and other associated acts, but also the many struggles he has faced as a black musician in the South. It’s a pleasing treat for fans of the genre; Kirkus’ review calls it “a thoughtful autobiography that takes in not just the tunes, but the times that produced them.”

Broke:  Hardship  and  Resilience  in  a  City  of  Broken  Promises  by Jodie Adams Kirshner (St. Martin’s, Nov. 19). This well-documented study of income inequality and bankruptcy in Detroit serves as a natural companion to Matthew Desmond’s Pulitzer Prize–winning Evicted. As our reviewer wrote in a starred review, “Kirshner is masterful at explaining the predatory banking and insurance industry practices that have led to impoverishment across the entire city (except for the white establishment downtown), the heartlessness of white politicians (mostly Republicans) who seemingly operate from racist viewpoints, a judicial system that offers little justice for the poor, and bankruptcy law, which was never meant to be applied to city governments.”

Little  Weirds  by Jenny Slate (Little, Brown, Nov. 5). Slate is a creator and performer of many talents. In addition to her improv work and appearances on a variety of TV shows and films (her character on Parks Recreation is hilarious), she is the creator of Marcel the Shell With Shoes On and, now, a quirky book of memoiristic vignettes that are not only funny, but also frequently poignant—and always slightly skewed. Little Weirds is, well, weird, but in the most delightful way. Our reviewer calls her “a uniquely talented writer and performer [offering] an unexpectedly uncommon approach to autobiographical writing.”

The  Witches  Are  Coming  by Lindy West (MCD/Farrar, Straus and Giroux, Nov. 12). The New York Times columnist and author of Shrill is pissed off—and rightfully so. In her second book, she takes aim at Donald Trump and the poisonous social and political atmosphere he fosters as well as countless other malignant strains of misogyny, racism, and social injustice. It’s the perfect book for our time, says our reviewer —a “satirical, raw, and unapologetically real” set of hard-hitting, no-nonsense pieces in which the author “delivers the bittersweet truths on contemporary living.”