A Look Back at Osama bin Laden, 24 Years Later 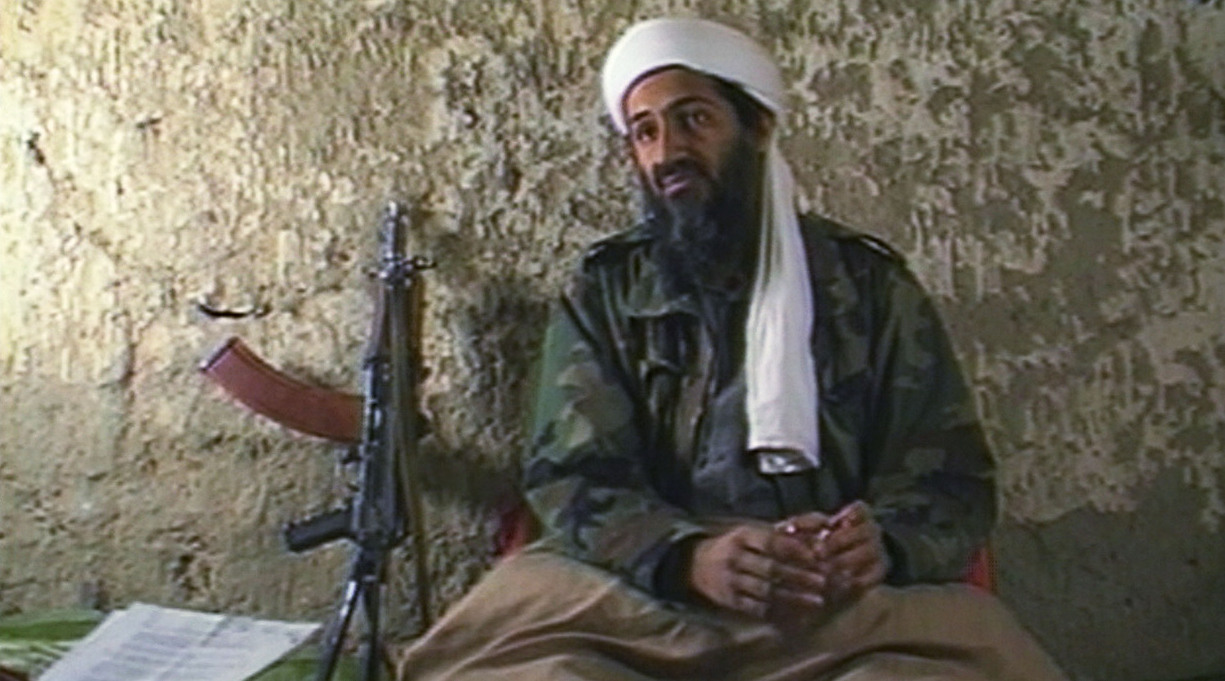 Osama Bin Laden in 1998. Photo by CNN via Getty Images

Peter Bergen first met Osama bin Laden in 1997. Bergen was a CNN news producer and bin Laden was threatening war against the U.S., so Bergen’s team sat down with bin Laden at his Afghanistan hideout, filming what would become the terrorist’s first television interview. “He seemed very serious,” Bergen remembers. “But at the end of the day, we’re in a mud hut in the mountains, 6,000 feet up. How do you mount an operation? How do you attack the U.S.? The answer came a year later, when they blew up the U.S. embassies in Kenya and Tanzania simultaneously. From that point forward, it was clear that he wasn’t just a blowhard.”

Today, Bergen is a world authority on bin Laden, the mastermind behind 9/11 and other attacks that killed thousands worldwide. His new book, The Rise and Fall of Osama bin Laden, answers some questions about bin Laden and suggests other mysteries. It’s deeply researched and tautly written; a starred Kirkus review called it “essential for anyone concerned with geopolitics, national security, and the containment of further terrorist actions.” Bergen answered questions about his latest work by phone from his home in Washington, D.C.; answers have been edited for length and clarity.

You’ve written other books about bin Laden and al-Qaida, the terrorist organization he controlled. Why another one?

It was partly prompted by my students at Arizona State University. There’s a whole generation born after 9/11, and for them, 9/11 is as distant as the Korean War is for me. And there were new materials from the bin Laden compound released in December 2017—several thousand pages of relevant material, including the bin Laden family diary, which was a gold mine.…The documentation is much more extensive than when I started writing about him.

Bin Laden came from a wealthy Saudi family. Why did he turn out differently from his more conventional siblings?

It’s easy to be an armchair psychologist, and I’m not, but I do lay out how he became radicalized. He has 54 siblings [bin Laden’s father, a wealthy Saudi businessman, had at least 20 wives]. Many lived in America, studied in America, made money because of America. They didn’t choose his route. He was a very religious teenager and was perhaps influenced by the early death of his father. Then the Soviet-Afghanistan War came up. He financially supported the Afghan fighters, and then he started fighting on the front line.

Wars change people. We know from our own lives that we don’t come fully formed—the person we are at 18 is not the person we are at 54, the age when bin Laden was killed by U.S. Navy Seals. Part of the nature of evil is that it is inexplicable. It’s not reducible to some simple answer.

At numerous points in the hunt for bin Laden, the U.S. government dismissed compelling evidence for his potential threat. After 9/11, the government used the fiction that he had a relationship with Saddam Hussein to justify the war in Iraq. Later, the military brass passed on several opportunities to kill him. Is there any overarching reason for this? Have things changed?

Peter Bergen (Brent Stirton/CNN)Part of it was that initially it was all happening over there and not here. The blowing up of the embassies was a big deal, but the U.S. response was cruise missile attacks. Then the USS Cole was bombed, and the Clinton administration did nothing; then the Bush administration initially did nothing, and bin Laden began to believe his own propaganda. There were mistakes on both sides. Today we have developed a playbook against al-Qaida—drone strikes, special operations forces, and cyberwarfare—that is very effective.

What surprised you in your research for this book?

The extent to which his two older wives and older daughters did his thinking for him. Two of his wives had doctorates, but they were true believers. In the days before he died, he was convening meetings with the family about what he was going to say about the Arab Spring.

Where is his family?

His wives are back in Saudi Arabia. They say nothing. I’m guessing they are being looked after. Two of his wives left him, and three of his sons have died in anti-terrorist operations. For a guy who was a family man, he really blew up his family.

The U.S. has announced its intent to completely withdraw its troops from Afghanistan. How will that affect the fortunes of al-Qaida?

The United Nations reports that al-Qaida and the Taliban remain closely allied.

I think we’re making a spectacular misjudgment with Afghanistan. The U.S. has done this so often—it closed its embassy in Afghanistan after the Soviet war and was completely blind to the rise of the Taliban and al-Qaida. We think that if we leave, the war is over. What’s happening now is not great, but the civil war in the 1990s was infinitely worse, and that’s where we might be going. The Taliban restored order but at a tremendous price.

Mary Ann Gwinn is a Pulitzer Prize–winning journalist in Seattle.