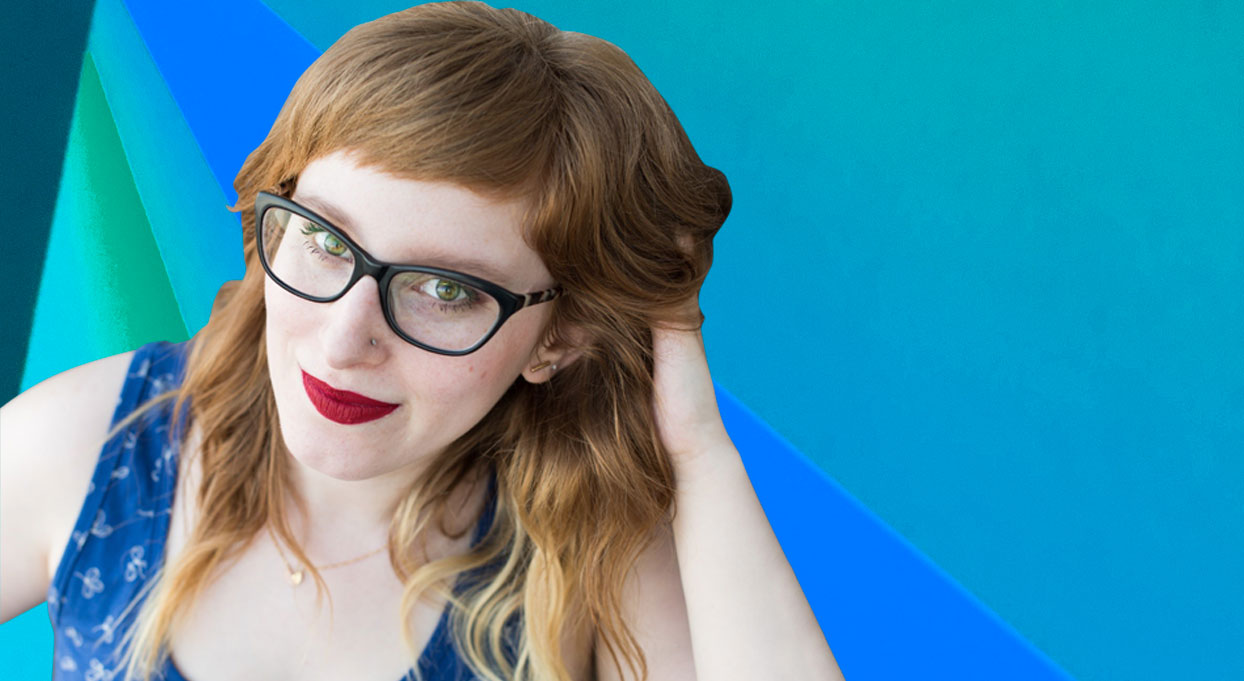 Rachel Lynn Solomon's Today Tonight Tomorrow (Simon Pulse, July 28) features a group of new high school graduates on an elaborate scavenger hunt around the city of Seattle. Rowan Roth, who is Latinx and Jewish, and her longtime frenemy, Neil McNair, who is White and—unbeknownst to Rowan—has a Jewish mother, end up working together despite their yearslong, intensely personal competition. Solomon and I spoke over Zoom; the conversation has been edited for length and clarity.

As a fellow Seattleite, I so enjoyed experiencing the city through this book.

It’s been the best hearing reactions from other Seattle people. When I started writing this there were things that I knew I wanted to include that don’t exist anymore, so it’s sort of like a dream version of Seattle; a mishmash of old and new Seattle.

As a huge fan of the romance genre, Rowan surely must know the enemies-to-lovers trope, so it’s hilarious to see how long it takes her to realize how she feels about Neil.

One of my favorite things to write and to read is when it is so clear that the reason a character is fixating on another character is because they’re into them. My favorite example with [Rowan] is she would sit in a student council meeting and just stare at [Neil] and count his freckles—like this is a normal thing to do when you hate someone! For me, a trope like that is all about the journey: Even if the reader knows where it’s going to end up, there’s just so many fun ways that you can play with that tension along the way.

I also appreciate the fact that she’s prickly at times, not always “nice.”

I really enjoy writing girls that aren’t nice. I don’t know what it says about me that they’re easy to write! I just think that girls don’t get as much permission or as much forgiveness to be this range of different things. There’s so much more freedom for male-centered, sci-fi action—[yet] a lot of it has the same plot and the same kinds of characters.

The sex-positive element of the story is powerful and handled so well.

A lot of what I’m writing is to combat harmful things that I saw as a teen or things I’m still seeing in YA. There is just such a taboo when it comes to talking about not just desire, but women’s bodies, and I want to discuss that to the extent that I can.

One of my favorite parts was when Rowan thinks about how Judaism is both something she loves and also what isolates her. The book really explores the richness that comes from belonging to a marginalized culture.

I personally have a complicated relationship with [being Jewish]. I wanted to show that [Rowan and Neil] have the positive things that they take from their identities and it’s something that is a source of pride for both of them, but they’re also both deeply aware that it is something that people hate about them for absolutely no reason and something that causes them pain on occasion. I’ve always felt this intense connection with other Jewish people, and I wanted to explore that as well, especially because [Neil is] a secret Jew. I loved writing that reveal and just giving them another level on which to connect. When they talk about being Jewish, it is quite long, and I remember thinking my editor is probably going to have me cut this. But when we got to line edits, at the end of the conversation she wrote, “I love this,” which was so nice. I remember joking to my friends, “I just completely stopped the book for five pages so they can talk about being Jewish!”

The book handles microaggressions very skillfully—and probably a lot of non-Jewish people would be surprised to find the characters encounter anti-Semitism somewhere like Seattle.

Growing up [in a suburb of Seattle], I was the only Jewish kid in all my elementary school classes. Every December, it was, “Rachel, do you want to stand up and tell everyone about Hanukkah?” And it was so humiliating. I’m 4’10,” and I was always the tiniest kid in class; I was painfully shy, and I dreaded it. There were a few more Jewish kids in junior high, and then, funnily enough, I dated the only other Jewish guy in my grade in high school. Then I dated the only Jewish guy in the grade below me! You find each other. I think that’s true of a lot of marginalized communities because you have those shared experiences or those shared emotions, like Rowan and Neil do; they just immediately “get” each other on that level.

YA has allowed me to excavate uncomfortable moments in my past that I’ve never fully recovered from. With regard to this [book], I rediscovered a memory that I had locked away for a long time: I was friends with someone in elementary school, and as soon as she found out I was Jewish, I was not allowed to go over to her house anymore. It was very traumatic watching Holocaust films in high school and afterward the teachers expecting you to have a certain opinion about them.

Your book explores how little respect romance often gets as a genre.

That came from what was presented to me: This is the kind of literature that you look down on. These older books, that are all written by the same type of person, are the kind that you put in a library and collect and [that] have value. It wasn’t until after college that I started going back to YA and picking up romance and realizing that I still loved it and wondering why—if it brought me so much joy and wasn’t harming anyone—why should people be judged for it?