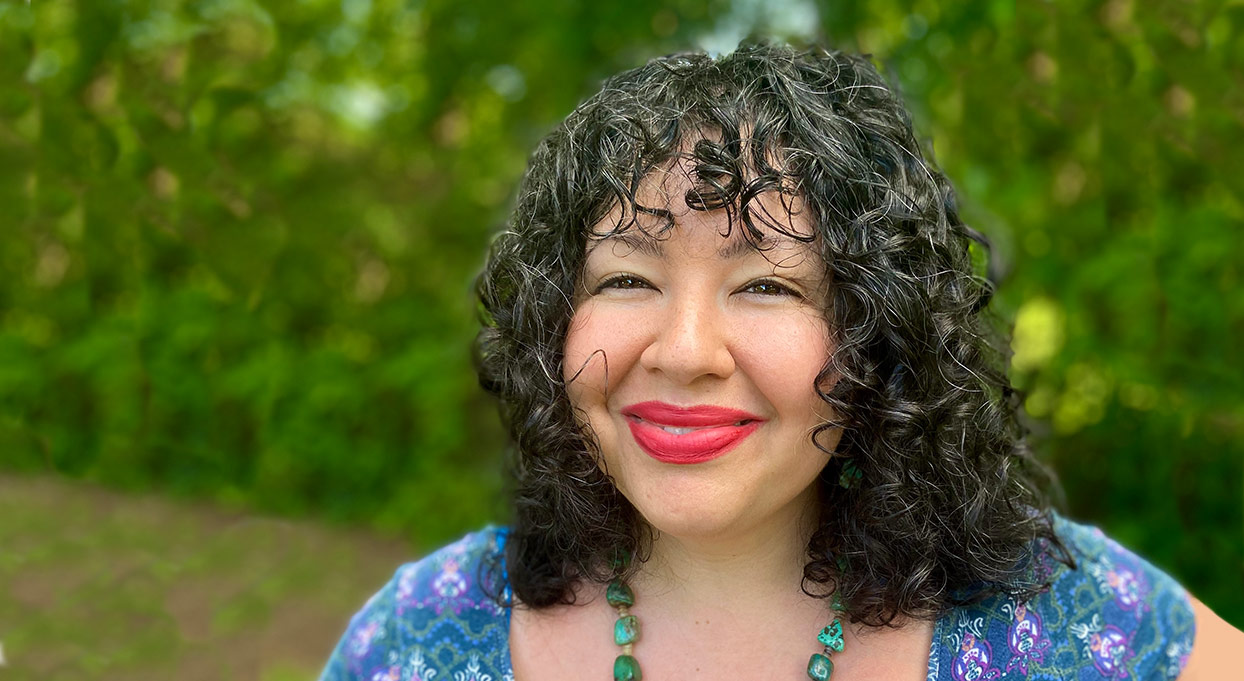 Sia Martinez and the Moonlit Beginning of Everything (Simon Pulse, Aug. 11) is, in the words of author Raquel Vasquez Gilliland, a book “about a girl whose mother was deported, and one day when she’s in the desert, a spacecraft crashes and her mom’s inside.” This magical book, optioned by Annapurna TV, sets elements of science fiction and romance against a backdrop of ordinary life. Sia lives in Arizona with her dad; her mother disappeared while attempting to cross the Sonoran Desert back into the U.S. after the town’s racist White sheriff learned she was undocumented. Vasquez Gilliland spoke with me from her home in Tennessee about her debut novel; the conversation has been edited for length and clarity.

The book evokes the desert setting so vividly.

The idea for Sia Martinez came really suddenly: I just knew it was set in a desert, and because of the alien and extraterrestrial lore of the Southwest, that’s where I had seen it happening in my mind's eye. I had been to Phoenix. It was just so, so big—the sky is just so massive and clear—and the saguaros look like people holding their hands up. The lore of the cacti came very fluidly when I was writing the book.

I enjoyed reading your poetry through your website and was charmed by the relationship between poetry skeptic Sia and poetry-loving Noah.

My high school was the Dreyfoos School of the Arts in West Palm Beach, Florida. You can major in visual art or dance or creative writing, and so I grew up with a lot of poetry-writing boys. Noah is definitely inspired by some people I have known. I was first really introduced to poetry via Jewel’s first album [Pieces of You, 1995]. It came out when I was in fifth grade, and she has poetry in among the album art, and I was like, “Oh my gosh, you can do that with words?” and that's what got me started.

Sia is remarkable for her strong sense of self: She has experienced trauma but clearly understands that the perpetrators are the ones to blame. Her tangible connection to her late Abuela seems like a critical part of that.

Sia comes from a part of myself that I wish were stronger when I was a teenager. I gave Sia a lot of things that I wish I had growing up, including an abuela who guides you from the other side. I grew up with a grandmother who’s still with us. She speaks with ghosts, my mother speaks with ghosts, and so I’ve always thought that you can just talk with the dead, that they’re there and they’re not scary. They can give you advice and point you the way. When I found that I was having a boy, I called my grandmother, and she pulled the phone away. I could hear her voice getting distant as she was like, “Hey, it's a boy!” to someone. I found out that she was home alone, so I’m assuming that she was telling my grandfather, who had just passed.

Mainstream YA often ignores faith, but Sia’s best friend—queer, Haitian American Rose—is secure in her deep love for Catholicism while Sia is steeped in that as well as her family’s traditional Mexican spirituality.

I grew up in the Catholic Church. My sister and I joke that we have gone to church enough for our whole lives because we were there for Sunday service, we were in the choir, we taught Sunday school, and we taught communion [classes]. When I was about Sia’s age, I started really questioning some of the more dogmatic parts of the church, and I do have sort of a conflict in myself. I love certain parts of the church, such as the community, and there are other parts that don’t resonate, such as the conservativism.

Rose is based on the young people I grew up with in church who were confident in it—they love Jesus, and their hearts are in that spiritual part of their religion. The other part, Sia’s spirituality, is based on [what] we grew up with; some of these rituals have probably come from pre-Columbian traditions. My grandmother and my mother perform cleansings and things like that. That really opened me up to wanting to understand how to balance this strict, dogmatic religion, with [its] very set rules, [against]  my mom blessing us with an egg or taking a knife to the sky to cut the storm away. My mom and her friend, both Mexican American women, after some bad hurricanes came and we needed our roof fixed, went to cut the sky so the rain wouldn’t come—and it didn’t.

From poetry for adults to writing YA—why did you make that leap?

My teenagerhood is such a huge part of who I am even now. Things that I experienced back then have impacted me to this day because the emotions are new and so full and encompassing. I would love to give young brown girls stories that I wish I had when I was a young brown girl, particularly seeing Mexican American teenagers as really strong, not just psychologically but also physically. I want people to see a Mexican American superhero. So, a lot of it is love letters to my teen self. I actually have another book coming out next year for young adults, How Moon Fuentez Fell in Love With the Universe. It's a romantic comedy, an enemies-to-lovers foodie road-trip romance.