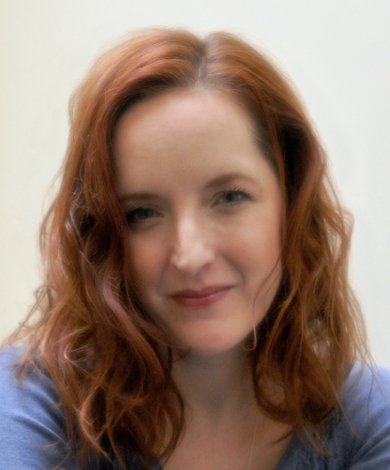 About four years ago, when Rebecca Makkai began working on her third novel, The Great Believers, she didn’t plan on writing about how AIDS devastated Chicago’s gay community. Her lead character was Nora, an artist’s muse in 1920s Paris. But as Nora’s story extended into the 1980s, the epidemic began to command more of her attention.

That demanded she research AIDS in Chicago, her hometown. But she learned that not all cities were created equal when it came to documenting the crisis. “I was actually kind of shocked and appalled at how little was out there in book or film form about it,” she says. “Everything is about New York, San Francisco, maybe LA, maybe Paris and London.” So she devoured what she could in libraries; she says she read every personal ad that ran in the city’s gay paper, Windy City Times, from 1985 to 1992. And she tracked down survivors and caregivers from the era.

Nora still plays a crucial role in the novel: She’s a romantic but straight-talking character who's survived her own generation’s battles through World War I and the Spanish flu. But the novel’s heartbeat is Yale, a young gay museum staffer who, in 1985, is charged with the delicate process of handling Nora’s bequest of paintings. In the meantime, he’s bearing the rapid loss of many of his friends and worries about both his and his partner’s fates.

“I’m really sick of reading novels and watching movies where AIDS is a subplot, where it's never the main character—it's always the main character’s friend who dies tragically, but very quickly, with no blood or gore, offstage,” she says. “I didn't want to be backing away and using it in some light, symbolic way. I really wanted to dig in. And the more I researched, the more that became what was really important to me about the story.”

Yale is the emotional and chronological center of the novel, which swings back to Nora’s ’20s heyday and fast-forwards to 2015, where Fiona, the sister of an AIDS victim and friend of Yale’s, heads to Paris on a personal mission and comes uncomfortably close to the Bataclan terrorist attacks. The novel is suffused with the feeling that comfort zones for outsiders are forever being created, demolished, and rebuilt again. “It’s not only the idea that a lot of people died,” Makkai says. “It's the idea of what Paris was and what Chicago was. These were meccas for certain regions where people would come having left behind their actual family and find their chosen family.”

There are works of fiction about AIDS that Makkai admires—Tony Kushner’s Angels in America and Rabih Alameddine’s The Angel of History in particular. But during the writing process she preferred to focus on original sources, such as video of a 1990 ACT UP protest in Chicago that informed a central scene in the novel, and interviews with people at the center of the epidemic at the time. Their eagerness to speak, and the way that era remained alive to them, energized her.

“When I was speaking to men who were gay, who had lived through that time, whether they were HIV positive or not, I asked all of them some variation on, ‘Why do you think you're still here?’ And everyone had a completely different answer,” she says. “No one says, ‘Luck,’ and no one says, ‘I think I've always had a strong immune system.’ These were the questions that they definitely thought about. Certainly they've been thinking about it for the past 30 years."

Mark Athitakis is a writer in Phoenix and author of The New Midwest.