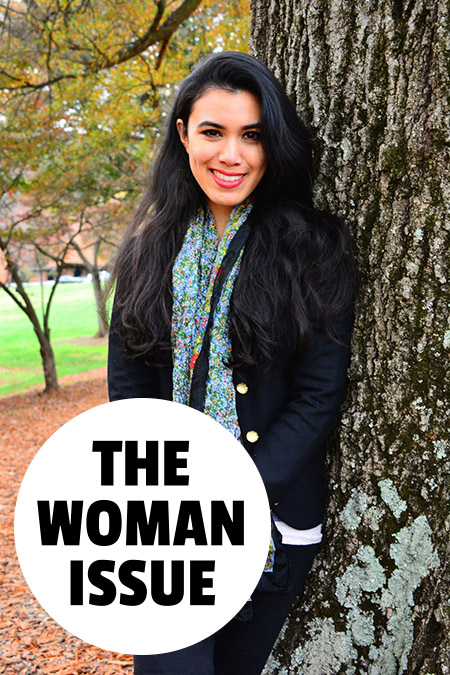 Growing up, Roshani Chokshi loved the Japanese manga series Sailor Moon. “There's something so addictive about the idea of a group of girlfriends literally fighting crime together and all of them having their own special weapons their own distinct personalities,” she says. Most of all, she was drawn to the show’s focus on female friendships—the girls’ most important relationships were always with each other.

That love of Sailor Moon inspired Chokshi’s first middle-grade novel, Aru Shah and the End of Time, which delightfully reinterprets the Hindu myth of the Pandava brothers through the lens of a magical girl adventure story. In the Mahabharata, the Pandava brothers are five demigods, all descended from different godly fathers; in Aru Shah, the Pandavas are reincarnated as preteen girls who must save the world from a mysterious villain known only as the Shadow. After Aru accidentally releases him, she teams up with her soul sister Mini to save their families and prevent him from stopping time forever.

By gender-bending the Pandavas, Chokshi is able tell the kind of mythological adventure story that is usually the province of boys (see Percy Jackson). The novel is also unique in its focus on Indian folklore. There are plenty of stories where heroes meet the Greek gods or King Arthur but not many where they rub shoulders with Hanuman and Indra.

Representing these different perspectives was important to Chokshi, both because they’re reflective of her own life and because they’re so rare. “It really makes kids feel invisible when you don't see anyone like you in the media,” she says, “and it makes you feel as though your story is really not worth hearing and not worth being shared.” So she wrote the book she would’ve wanted to read as a kid.

But telling a story about middle schoolers meant exorcising a few demons of her own. Writing for young people, Chokshi says, “forces me to always just be living in that space and that's not a bad thing, but it just makes me think about that guy in sixth grade that dumped me over AIM and that I really wish I had a lightning bolt back then.” She didn’t, but Aru sure does.

In fact, a lot of the novel’s conflicts are more personal ones, which the characters have to balance with the fact that the world is in imminent danger of ending. “These moments of growing up are intensely awkward and stressful and yet they're so small and microcosmic that to know that a character is worrying about that but also worrying about the inevitable doom of the universe — that’s a lot of stuff to hold onto your plate,” Chokshi says.

Like Aru, Chokshi struggled in middle school. She didn’t stand out in any of the traditional ways (grades, athletics) and struggled to find her place. “How in the hell was I going to get anybody's attention?” she says. “For me it was like, ‘Oh I know. I’ll tell them a story they can't stop listening to. And that's how I thought of lying.’ ” Aru also tends to deal with her problems by lying to others, though the negative consequences of her behavior (the release of an evil force intent on destroying time itself) are somewhat more severe.

Nonetheless, Aru is able to challenge that creative energy into a more positive form by the end of the novel. “I think that that's why I've always loved stories like Aru’s and young adult and middle-grade books in general,” Chokshi says, “because you get to know that you're always changing, that you're not stuck as how you are.”