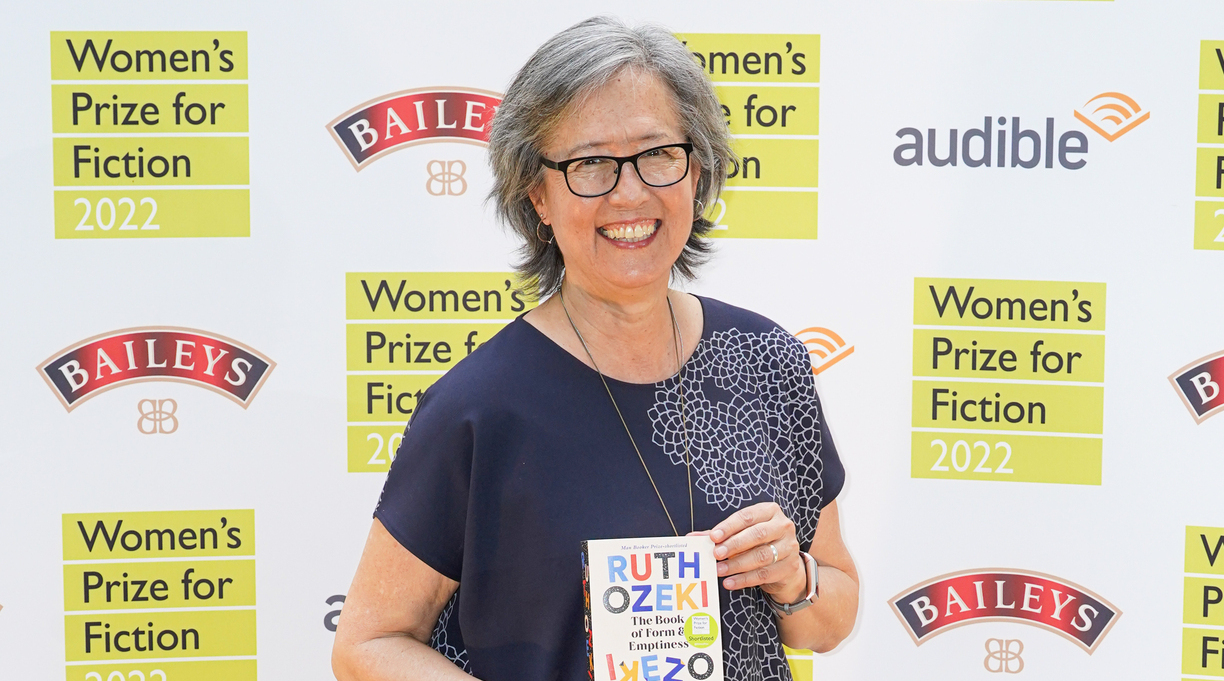 Ruth Ozeki has won the Women’s Prize for Fiction for her novel The Book of Form and Emptiness. The prize is given annually to “outstanding, ambitious, original fiction written in English by women from anywhere in the world.”

Ozeki was named the winner at a ceremony in London on Wednesday evening. She beat out five other authors for the prize, including Maggie Shipstead and Louise Erdrich.

Ozeki’s novel, published last year by Viking, follows a 13-year-old boy who starts to hear voices a year after his father dies. A critic for Kirkus called the book “overstuffed, but serious readers will appreciate Ozeki’s passionate engagement with important ideas.”

Mary Ann Sieghart, the chair of the judging committee for the prize, said the novel “stood out for its sparkling writing, warmth, intelligence, humor, and poignancy. A celebration of the power of books and reading, it tackles big issues of life and death, and is a complete joy to read. Ruth Ozeki is a truly original and masterful storyteller.”

After being announced as the winner, Ozeki looked visibly shocked. “This is absurd,” she said. “I don’t win things. And it also feels so unbelievably random, because these are some of the most amazing women’s writers I’ve ever met in my life, and it’s been such a privilege to be here amongst them.”

The Women’s Prize was founded in 1996. Previous winners have included Ann Patchett for Bel Canto, Marilynne Robinson for Home, and Tayari Jones for An American Marriage.