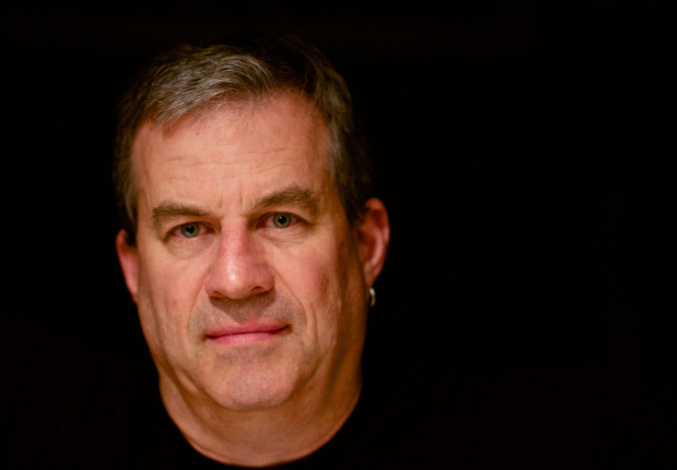 For decades, patients with severe or chronic pain had been undertreated because the only effective pain medication (morphine and other opiates) was highly addictive.

According to Sam Quinones’s gripping new account of America’s raging opiate addiction, as more and more patients started reporting chronic pain, doctors began to question the old wisdom about opiates. In 1996, Purdue Pharmaceuticals released OxyContin, and doctors felt they could help alleviate the pain of millions. By 2012, drug overdoses became the leading cause of accidental death in the United States, and black tar heroin had spread from Los Angeles to nearly every community in the country.

Dreamland is based on a series of articles Quinones wrote for The Los Angeles Times in 2010. The research led in a surprising direction. “At one point,” Quinones says, “I noticed there were a series of deaths from black tar heroin in Huntington, West Virginia. Right there, that stunned me.”

How did small towns from California to West Virginia become epicenters of deadly pill and heroin addiction? Dreamland unravels this tangled, dizzying story and reveals two unlikely and unwitting allies: Doctors with a new attitude towards painkillers and drug dealers with a revolutionary approach.

At times, Quinones seems like more of a detective than a journalist. He called the Huntington police and they directed him to the Columbus, Ohio DEA office, where “a DEA officer told me there were guys running around and selling dope like pizza, and they bring up new dealers [after each arrest].” The DEA agent also said the dealers were all from the same little town in western Mexico.

That’s when Quinones knew he could tell this story. “Because of my experience living in Mexico and writing about small villages, or ranchos, I had an understanding that a lot of trafficking takes place in the ranchos where people grew up together, were related, and wanted to show each other that they weren’t poor.”

Quinones discovered that heroin dealers across the country—from Los Angeles to Kentucky—were all from the same tiny rancho. “This type of economic model is common in Mexico,” Quinones says. “There are towns where everyone has the same job. Because education was denied to poor people, they do whatever poor people do around them. If one becomes a landscaper in L.A., then everyone becomes a landscaper.” The town of only 20,000 residents was called Xalisco, and Quinones refers to these dealers as The Xalisco Boys.

One of Dreamland’s most compelling revelations is how the Xalisco Boys revolutionized drug dealing in the United States. Quinones writes, “The Xalisco traffickers’ innovation was literally a delivery mechanism, as well. Guys from Xalisco had figured out that what white people—especially middle-class white kids—want most is service, convenience.”

The Xalisco Boys prized customer service. They’d meet you at your house, your school, your job, in public places in the middle of the day. If your driver was late, then you didn’t have to pay. If you felt you were shortened on your buy, then one of their dispatchers would call and apologize. Because they were on salary, there wasn’t any economic incentive to rip off customers or attack rivals. More importantly, because they were not committing the ancillary crimes associated with drug dealing, the police barely knew they existed.

“This story is about remarkable marketing,” Quinones says. “Up till now we’ve seen that drugs came from mafiosos—The Godfather, Scarface, The Bloods and Crips. This is not that story. This is a story about the free market.”

Marketing also plays a key role in the other half of the epidemic. “This country had undertreated dying cancer patients for years because of [an] inordinate fear of addiction,” Quinones says. But Purdue Pharmaceuticals spent millions of dollars convincing doctors that OxyContin was effective and safe.

Despite Purdue’s claims, OxyContin has proven to be extremely addictive, and a new type of medical office was established: the pill mill. Insurance and

Quinones wanted his book to convey the scope of this crisis and its complicated genesis. “The story was weaved together into one big cloth,” Quinones says. “Pill mills, Xalisco, the history of opiates, medical staffers, big pharma. These were huge stories, each of them, all over the map.”

The result is a sprawling book that takes the reader across the country and down into Xalisco. The short chapters provide a cinematic sweep up and down the socioeconomic spectrum and into the lives of dozens of people suffering from, profiting from, and fighting the opiate epidemic.

According to the CDC, everyday 44 people in the United States die from an overdose of prescription painkillers, with many more addicts being created everyday. Yet Quinones sees signs of optimism. “I think awareness has gotten better. That’s a big part of the battle,” Quinones says. “You cannot recreationally use opiates. Eventually, you will get addicted. There’s a lot more exposure to this idea and I’m hoping my book will be a part of that.”

Richard Z. Santos is a writer and teacher living in Austin. His essays and reviews have appeared in The Morning News, Cosmonauts Avenue, The Rumpus, The Los Angeles Review of Books, and many others. He’s at work on his first novel.