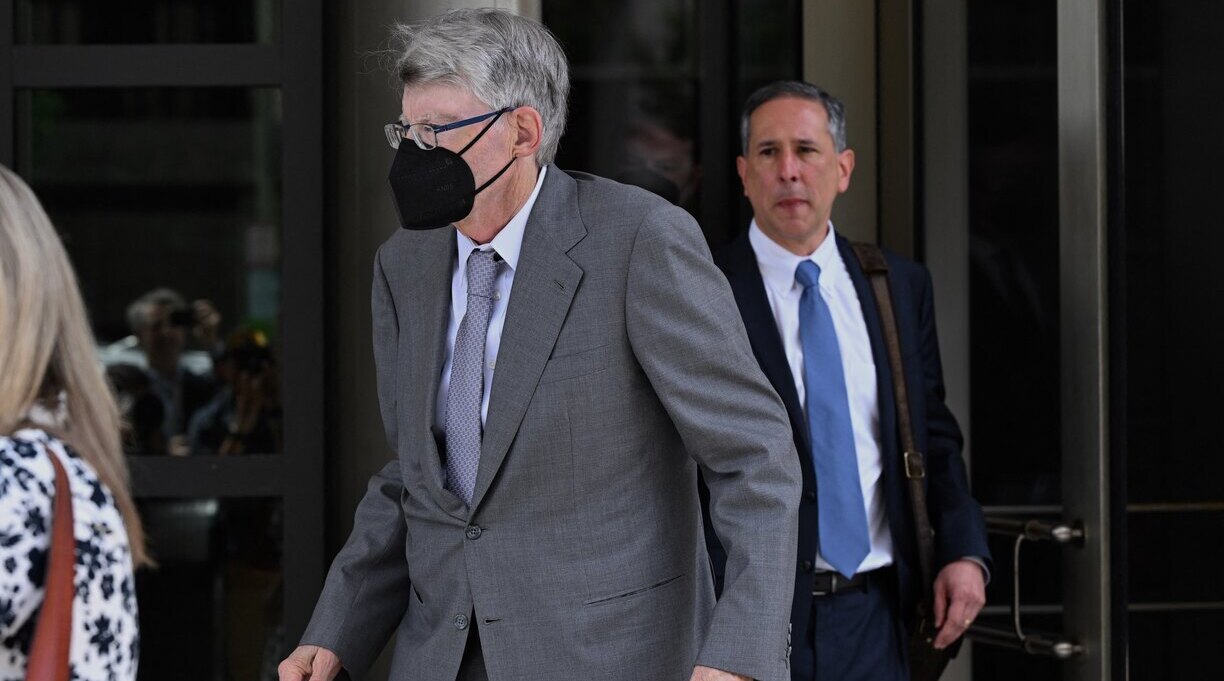 Stephen King took the witness stand at the federal trial concerning the proposed merger of megapublishers Penguin Random House and Simon & Schuster, and brought some unexpected levity to the proceedings, the Associated Press reports.

King was testifying for the Justice Department, which is seeking to stop the merger, saying it runs afoul of antitrust regulations. King’s longtime publisher is Simon & Schuster.

Asked by a Justice Department lawyer to identify himself, King said, “My name is Stephen King. I’m a freelance writer.” The question and answer, according to reporter Andrew Groudsward, were met with laughter from those gathered in the courtroom.

Stephen King is testifying now in DOJ's antitrust case against Penguin/Simon & Schuster. Laughter in the courtroom as DOJ attorney asks King to state his occupation.

"My name is Stephen King. I’m a freelance writer."

The lawyer asked King why he decided to testify against the merger. Journalist John Maher, who was live-tweeting the trial, reported that King replied, “I came because I think consolidation is bad for competition. That’s my understanding of the book business, and I’ve been around it for 50 years.”

The two publishers have maintained that they’ll be able to bid against each other for books if they merge, so authors won’t see their advances shrink. King, however, indicated he doesn’t buy that argument.

“You might as well say you’re going to have a husband and wife bidding against each other for the same house,” he said. “It would be sort of very gentlemanly and sort of, ‘After you’ and ‘After you.’”

Maher, who noted that the judge in the case seemed “a little starstruck” by King, noted that lawyers for the publishers declined to cross-examine King. “Heck of a statement,” Maher observed.