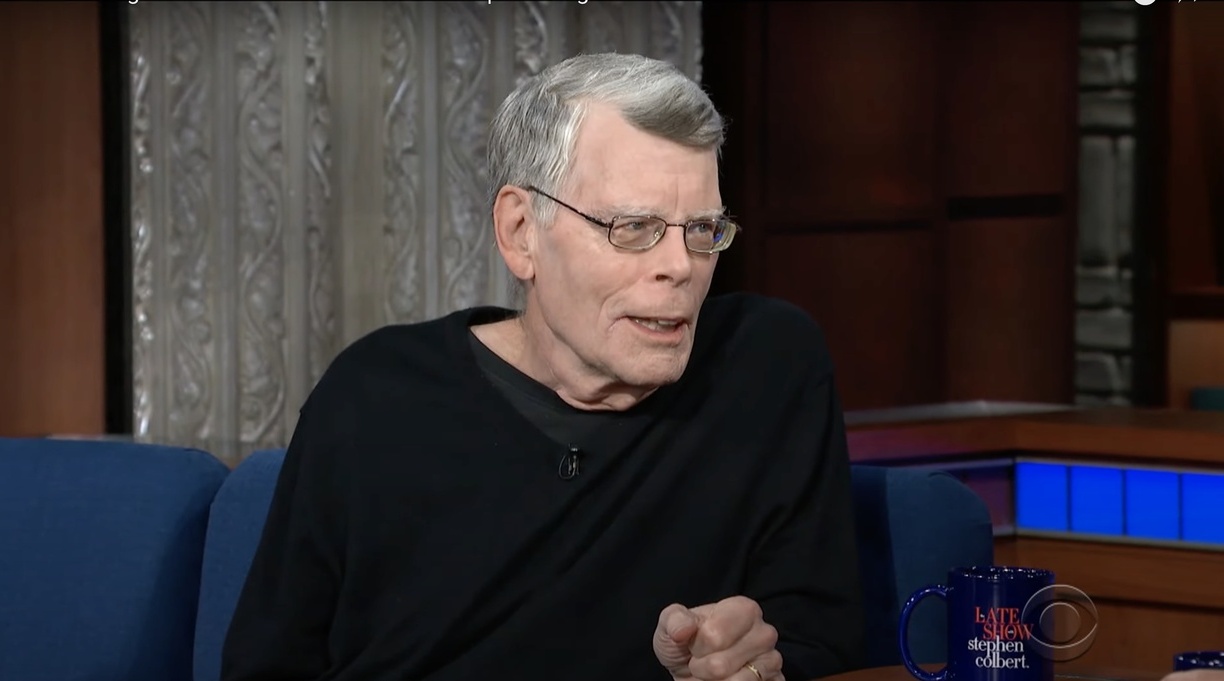 Stephen King. Photo from 'The Late Show With Stephen Colbert'

The Covid-19 pandemic threatened to throw a wrench in the plot of Stephen King’s latest novel, but the author found a creative way around it.

“I started Billy Summers…in 2019, and there was no Covid then, and I had a couple of characters that I hadto get off the stage for reasons that have to do with the plot,” he said. “So I said, ‘You know, I’ll tell you what, I’ll put them on a cruise ship!’ And then Covid came along, and I said, ‘No, this is probably not going to work.’ So what I did was I took the whole book, which was set in 2020, and shoved it back to 2019. Now, writers are not going to be able to do that for long. Sooner or later, somebody’s going to have to deal with this thing head on.”

King’s noir thriller follows a hit man bent on revenge after a woman he rescues is viciously assaulted. In a starred review, a critic for Kirkus called the book “another worthy page-turner from a protean master.”

Colbert also asked King which of his works he liked best. King named the stories “Survivor Type” and “The Body,” as well as the novels Misery, Lisey’s Story, and The Stand.