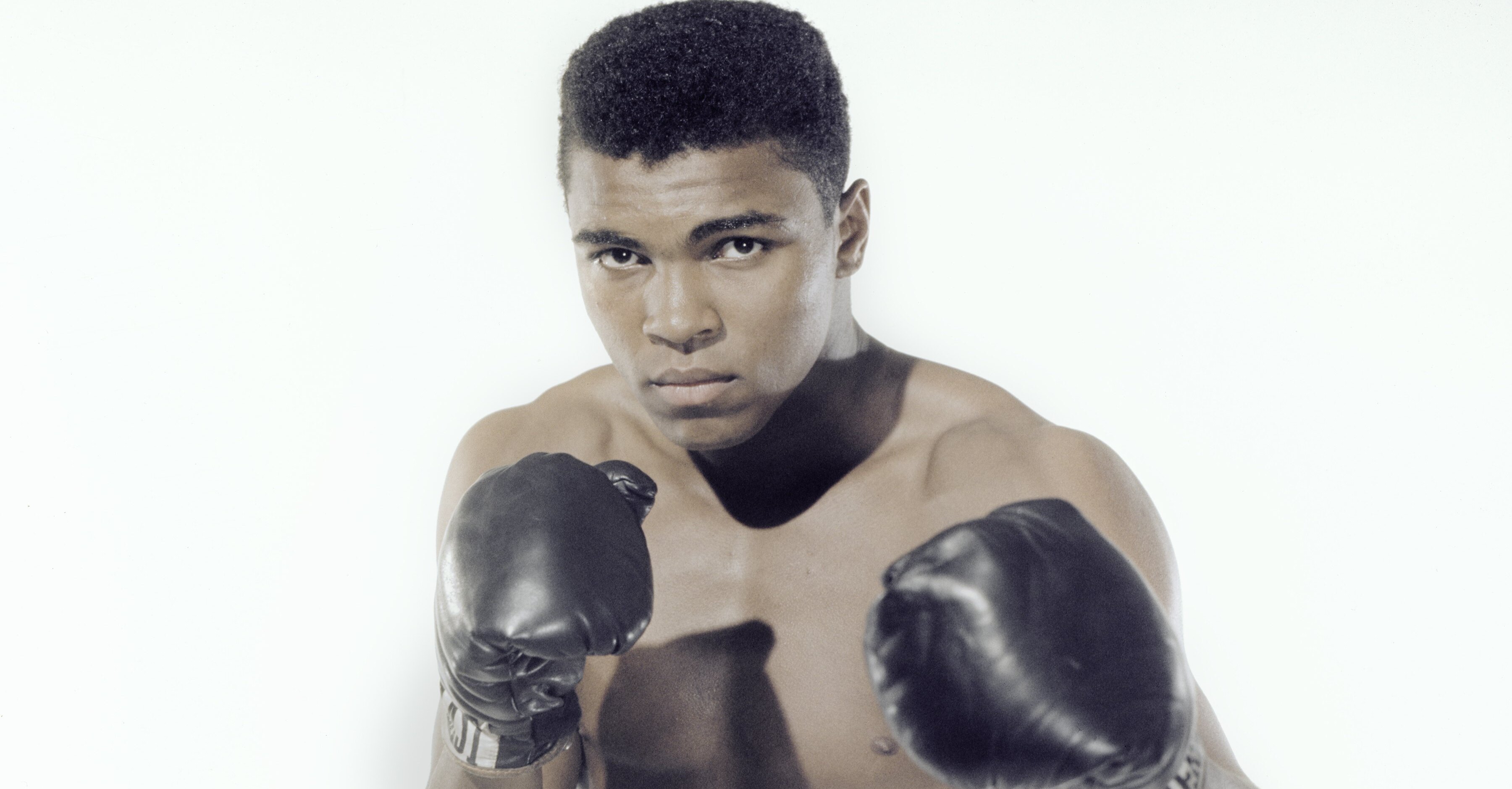 Muhammad Ali is one of those figures who seemingly exists just for writers to conjure them. Handsome, graceful, powerful, poetic, boastful—with achievements in the ring to back it all up, not to mention a social conscience—he might have sprung from the pages of a novel by Ralph Ellison or Colson Whitehead. Who could resist the challenge of pinning this butterfly—or was he a bee?— to the page?

That’s Ali—born Cassius Clay in 1942—on the cover of our Nov. 1 issue, as drawn by Dawud Anyabwile to illustrate Becoming Muhammad Ali (Jimmy Patterson/HMH Books, Oct. 5), a narrative of the boxer’s childhood written by James Patterson and Kwame Alexander. In a Zoom interview last month, I spoke with Patterson and Alexander about the appeal of this larger-than-life figure. Alexander said that reading Ali’s 1975 autobiography, The Greatest, “turned my reading life around at age 12,” and both authors were keen to bring Ali’s voice to young readers. In researching his subject’s youth, Patterson says he was enchanted by Ali’s linguistic dexterity—“that feeling of listening to music, that sense of poetry,” not to mention the “humor and wit.” Our critic, in a starred review, says that Becoming Muhammad Ali “encapsulates his drive, energy, and gift with words….a stellar collaboration.”

Patterson and Alexander’s tale is only the latest in a long line of books about Ali for adults and young readers alike. Foremost among them is Ali: A Life (Houghton Mifflin Harcourt, 2017) by Jonathan Eig, winner of the PEN/ESPN Award for Literary Sports Writing and other honors. This lengthy cradle-to-grave biography follows Ali from childhood on to the 1960 Olympics, his claim of the world heavyweight championship after defeating Sonny Liston, his refusal to be drafted in the U.S. military during the Vietnam War (“No Vietcong ever called me a nigger,” he protested), his conversion to the Nation of Islam and through his final years with Parkinson’s disease and ascent to icon status. (Ali died the year before Eig’s book was published.) In a starred review, Kirkus called the book “an appropriately outsized—and first-rate—biography….An exemplary life of an exemplary man who, despite a few missteps, deserves to be remembered long into the future.”

Other books, for adults, take narrower slices of Ali’s life. Stuart Cosgrove’s Cassius X: The Transformation of Muhammad Ali (Lawrence Hill Books/Chicago Review, Oct. 20) examines the pivotal year 1963-64, when Cassius Clay knocked out Sonny Liston and reintroduced himself as a Muslim named Muhammad Ali. In a starred review, Kirkus called the book a “sharp, thoughtful reflection on a long-reverberating moment in sport and society.” Likewise, Randy Roberts and Johnny Smith’s Blood Brothers: The Fatal Friendship Between Muhammad Ali and Malcolm X (Basic, 2016) zooms in on the same intense period, when the Nation of Islam minister and the champion boxer were first friends, then foes. Kirkus’ starred review called it a “page-turning tale from the 1960s about politics and sports and two proud, extraordinary men whose legacies endure.”

Patterson insists that Ali’s story, in many its incarnations, has something to teach all of us. “There’s no kid that I can imagine who wouldn’t profit from being exposed to this book,” he says of his effort with Alexander. “And this is a book that is also useful for adults to read: Here’s this kid, look what he made of himself.” We can't stop looking.