Books by prominent women arrive at just the right time 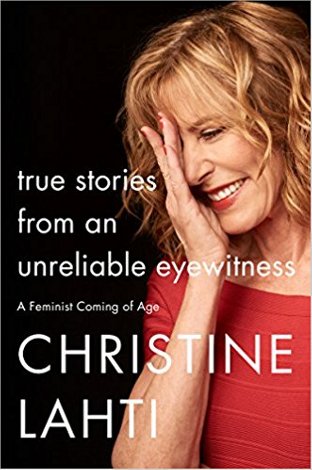 Given the current political and social landscape—Trumpism and its attendant misogyny, Harvey Weinstein, et al., #MeToo—the time is perfect for significant books from women, about women, and for women. Of course, any time is appropriate for work that advances a cause, but right now, it feels particularly important.

Two April books showcase women activists who occupy different societal and cultural roles but share the traits of a dynamic voice and pointed determination to elevate the cause of women’s rights.

In True Stories from an Unreliable Witness, acclaimed actress Christine Lahti chronicles the identity-building events that have led her to her current position in Hollywood. The author’s modesty, evenhandedness, and humor stand out, but it’s her adaptability and mental and emotional flexibility that are most impressive here. As our reviewer noted, “though she identifies herself as a clumsy feminist multiple times, there’s nothing clumsy about her feminism. She is adaptable to the changing sociopolitical climates and never shies away from being challenged by the younger women close to her.” The reviewer later notes that “the author crafts an enjoyable book that only requires from readers a willingness to believe, participate, laugh, and grow along with her.”

Make Trouble, the debut book by Planned Parenthood president Cecile Richards, is another tale of dedication and focused ethics. The author learned the importance of activism from her parents—her father was a labor attorney, her mother a strong feminist who became governor of Texas—and she has spent her life on the front lines of battles for civil and women’s rights. In addition to her autobiography, Richards outlines tips for running an organization that our reviewer called “spot-on: direct, down-to-earth, and highly practical.” But it’s the sections about Planned Parenthood that will interest most readers, and the author “makes palpable the immense influence of an organization that has improved so many women’s lives.” Eric Liebetrau is the nonfiction and managing editor.