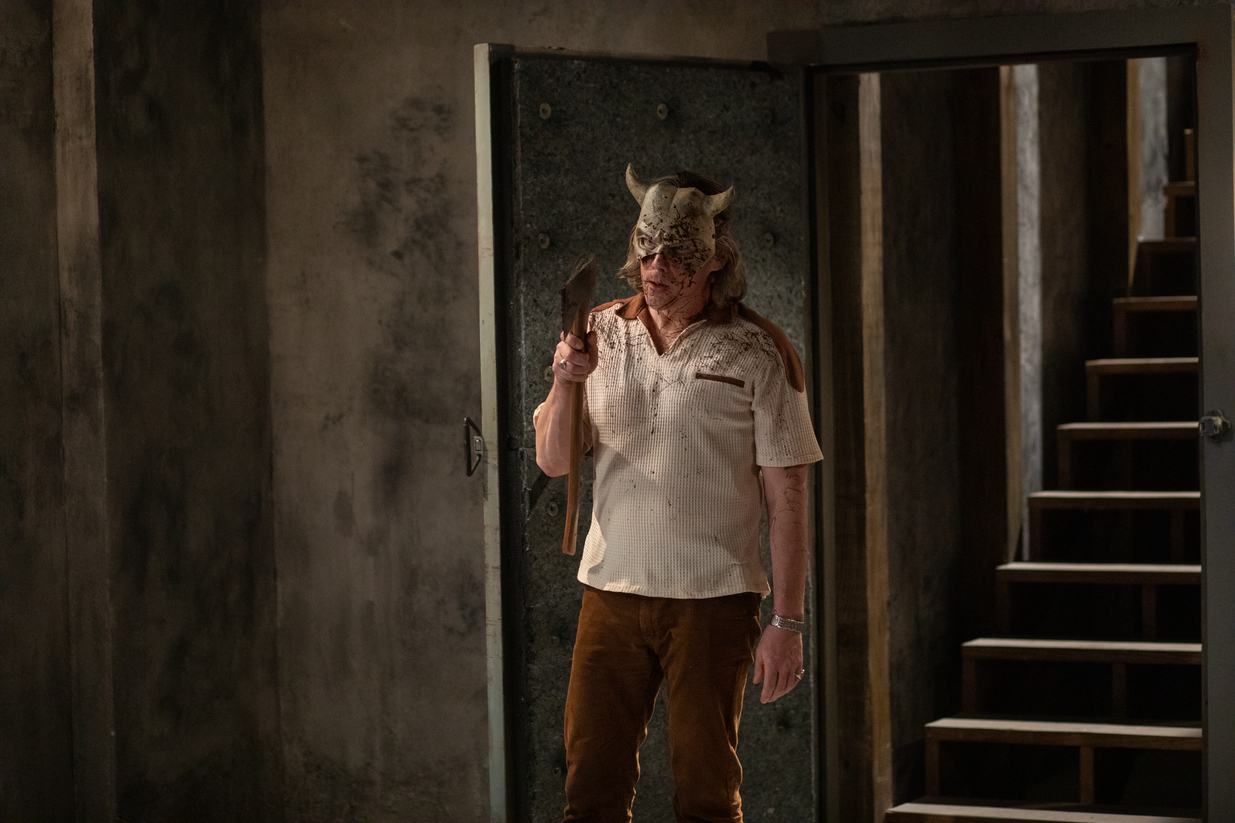 Jakob Dylan, leader of the successful folk-rock band The Wallflowers, happens to be the son of Bob Dylan, who’s been known to dabble a bit in folk-rock himself. Singer/songwriter Julian Lennon had a hit in the 1980s with his rock song “Too Late for Goodbyes,” but, like Jakob, was inevitably compared with his famous musician father—in his case, a Liverpudlian fellow named John. Certainly, it’s unfair for critics to judge these artists’ work against that of their legendary parents, but one can understand the impulse to do so: After all, both men made a choice to go into the family business.

Joe Hill has long faced similar comparisons—his dad is bestselling author Stephen King—but he’s ably carved out his own niche in the horror genre with books such as the Kirkus-starred novel NOS4A2 and the well-received IDW comic-book series Locke & Key; those titles inspired TV shows on AMC and Netflix, respectively. His latest work to be adapted is a chilling story, “The Black Phone,” which first appeared in 2004 in the magazine The 3rd Alternative and was later collected in the 2007 horror compilation, 20th Century Ghosts. A new theatrical film, starring Ethan Hawke as a serial killer, hews fairly closely to Hill’s original text—but it also includes additions that inevitably bring to mind the elder King.

In the original story, 13-year-old John Finney is approached by a man that local newspapers call the Galesburg Grabber, who sprays him in the face with pesticide, throws him in a van, and imprisons him in a dank basement containing nothing but a mattress, a toilet, and an old, disconnected black phone. Finney’s the fifth boy that the Grabber has abducted; he even knows one of the others slightly: a baseball player named Bruce Yamada. It soon becomes clear to Finney that, like the other boys, he’s eventually going to be killed—but, try as he might, he can’t figure out a way to escape. Then the disconnected phone rings, and on the other end of the line is Bruce—or rather, Bruce’s spirit, calling Finney on behalf of the murdered children, who have some important advice.

“The Black Phone” is a brief but brutal tale that’s just as long as it needs to be—but not lengthy enough to sustain a feature film. Director Scott Derrickson (Doctor Strange) and his co-screenwriter, novelist C. Robert Cargill, expand on Hill’s story in engaging ways. They cannily place the story in 1978, right in the middle of an era when stranger-danger anxiety was at its height. They also expand the backstory of Finney and his family. In the original tale, Finney’s sister (whose name is changed to Gwen in the movie) has “occultish ideas” and may have the ability to read minds, but none of this affects the plot; in the film, Gwen has straight-up, plot-relevant supernatural visions—a power she inherited from their late mother, who committed suicide. The children’s father, who barely appears in Hill’s story, is an abusive drunk in the film, consumed by grief, fear, and rage. The filmmakers also expand the roles of the Grabber’s victims, giving each rich backstories and allowing them, collectively, to help Finney. The central escape plan, as a result, becomes much more complex—which, in turn, heightens the suspense.

These add-ons are all effective, but any story of a girl with supernatural powers and a physically abusive parent is bound to remind viewers of Carrie, and any tale of a group of young kids teaming up to take down a larger-than-life murderer instantly recalls It. The movie even features a significant new subplot involving bullies—the bane of numerous Stephen King heroes.

There’s another change worth mentioning: Hill’s story repeatedly harps on the fact that the killer is overweight; he’s described as “the fat man” numerous times (“He wasn’t any kind of fat, but grotesquely fat”), and at one point as “a hippo.” Fortunately, in the film, Hawke’s character’s weight isn’t problematically employed to make him appear more horrifying. However, he does wear a variety of white, devil-like masks (created by brilliant makeup master Tom Savini) that give his terrifying performance a welcome surreal edge. Mason Thames as Finney and Madeleine McGraw as Gwen, are both convincingly vulnerable and tough, by turns, and Lost’s Jeremy Davies, as their father, is upsetting but pitch-perfect. (Readers should be aware that there’s a scene involving the beating of a child that will be hard for many to watch.)

Overall, it’s a fine film, and a veritable master class on how to adapt a short story for the screen. It’s unfortunate for Hill, though, that so many tropes of the modern horror genre, employed here, happen to have been popularized by his father. There’s just no escaping it.