The Untamed Imagination of Gerald Vizenor 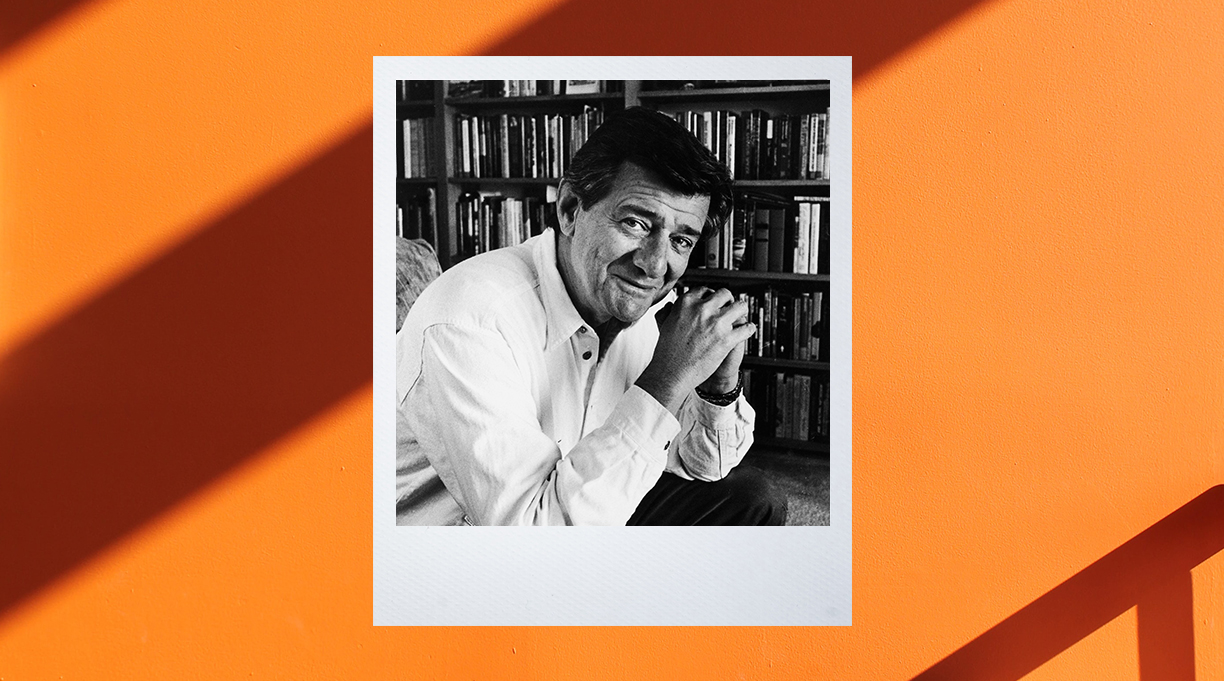 Photo of Gerald Vizenor by Michelle Vignes/Gamma-Rapho via Getty Images. Background image by Photo by marra on Unsplash

Gerald Vizenor came into the world in 1934—came into two worlds, really, his mother was Swedish American, and his father was an Anishinaabe from the White Earth Chippewa (Ojibwe) Reservation in northwestern Minnesota. When Vizenor was 2, his father was murdered, and a grandmother raised him on the rural reservation. Uncles and a sometime stepfather in the big city of Minneapolis stepped in to help. After serving in Japan in the U.S. Army, Vizenor studied at New York University and Harvard, worked as an advocate for urban Indians, logged time as a newspaper reporter, and finally became a professor of literature and American Indian studies, his work heavily influenced by continental philosophy and deconstructionism.

All those things come into play in his second novel, which, in manuscript form, won the New York Fiction Collective Award in 1986 and, two years later, now published, received the American Book Award. Called Griever: An American Monkey King in China, it took broad swipes at stereotypes of Asian, Native American, and European cultures, mixing them up like rabbits in a magician’s hat, throwing in generous portions of the Coyote trickster folklore of North America and the Monkey trickster folklore of China.

Those cultures are always in collision in the novel. It begins as Griever de Hocus, an oddly named mixed-blood adventurer and committed troublemaker, arrives in the metropolis of Tianjin to teach English at a university. He has scarcely arrived when another fellow of mixed race—his father, the Portuguese inventor of the lobotomy—asks Griever for certain materia medica from the White Earth Reservation: deer antlers, bear paws, and the like, since “such aphrodisiacs are as rare as hen’s teeth here.”

The poor horndog doesn’t know that Griever will turn those substances against him in the end. For his part, determined to undermine the oppressiveness of Chinese Communist society, Griever morphs into the “monkey king” of the title, staging elaborate pranks and playing subtle mind games, from liberating the chickens in an open-air market to misinforming his students, as when he calls one a stool pigeon and then explains, “Yes, it means an alert and intelligent person who listens with great care and interest.”

The locals give as good as they get, as when a prostitute haughtily informs Griever, “Monkey kings are myths for the poor and oppressed.” He replies, enigmatically, “Mind monkeys are immortal.” They’re also liberators of more than chickens, as any fan of the Marx Brothers will tell you. Or, for that matter, any saboteur of the high holiday called Marxmass in Tianjin, “a secular crotch where class wars and solemn communions contend.” Griever barely has time to épater les cadres with wordplay and misdirection—“What does a Buddhist look like?” he asks a woman. “Indifferent,” she replies. “Never mind,” he replies indifferently—before he finally decides to take it on the lam, airborne like W.C. Fields in International House, for the freedom of Macao.

It’s as culturally diverse a novel as you’ll find, a playful study in untamed imagination where not a word can be taken at surface value. Thirty-five years on, Griever is a postmodern classic—and a barrel of monkeys besides.