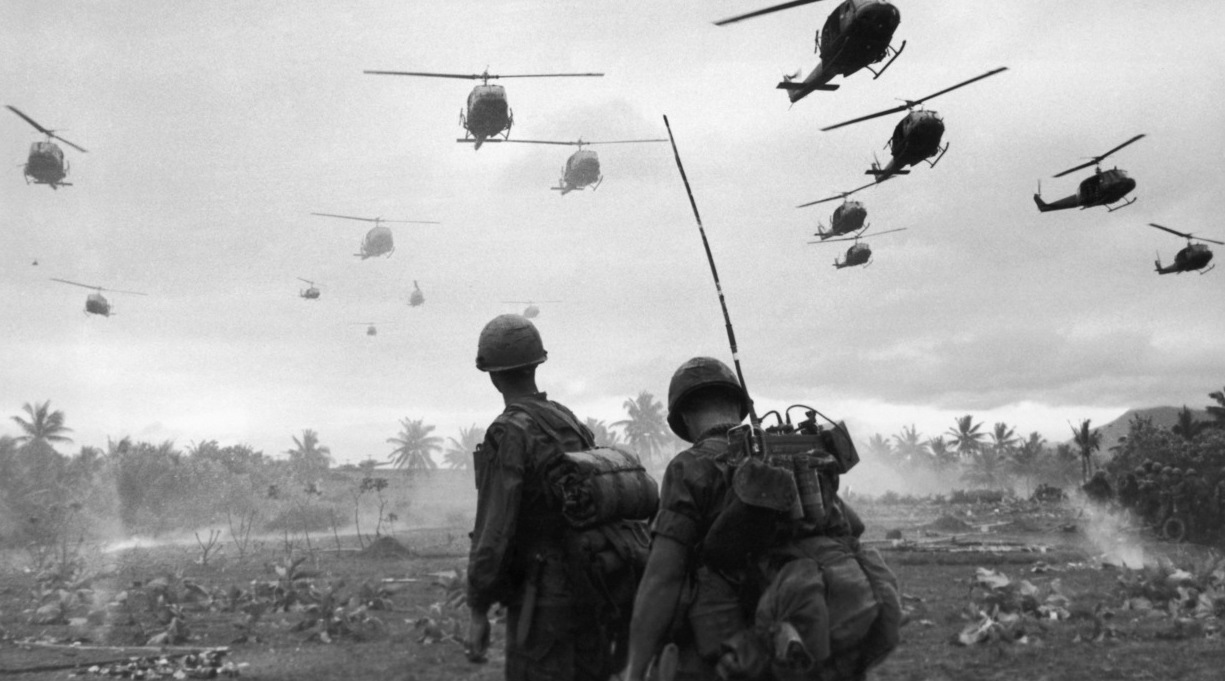 As the seemingly endless war in Afghanistan (hopefully) winds down completely, I found two July books that are particularly illuminating and instructive regarding America’s failures on the international stage.

First is Jeff Danziger’s Lieutenant Dangerous: A Vietnam War Memoir (Steerforth, July 6), which recounts in brutally honest fashion the acclaimed cartoonist’s experiences in the Vietnam War. Our starred review calls it “a Vietnam memoir with zero punches pulled, related by one of the most incisive observers of the American political scene.” Though not as visceral or violent as Dispatches, A Rumor of War, or Chickenhawk, Danziger’s tight narrative (less than 200 pages) is an essential contribution to the literature on one of the most absurd conflicts in U.S. history. The author’s delivery moves among straightforward journalism, biting satire, deadpan humor, and justified outrage about the ineptitude of American leadership during the war. Here’s a typical passage:

“So what did duty actually mean? MacArthur would have coun­tered that soldiers should shut up and obey. If they died or were grievously wounded, blinded or maimed, or driven crazy in their subsequent existence, had their family life ruined, came apart in their careers, became suicidal or murderous, and any combination of the fore­going, well, then that’s the chance you take, not only in war but also in life. At least you and your family weren’t speaking Japanese.”

Subtle echoes of Vonnegut run throughout, and the publisher’s assessment of Danziger as a real-life Yossarian is apt. As an on-the-ground report of the countless ways that the U.S. bungled its operations in Vietnam, Lieutenant Dangerous is spot-on—and, unfortunately, still highly relevant. Danziger writes:

“Whatever the lessons of Vietnam were, they have been ignored and subsumed by adminis­trations and congresses and courts.” Thus, although I remember I didn’t say it at the time, what Americans learned by the inglorious conclusion of the war was not that there are provable limits to military solutions. They learned that failure could be ignored. In fact, if there is any reason for what I am writing today, fifty-plus years on, it is that we seem doomed to a sort of Vietnam-like quag­mire every few decades. I can only begin to feel what deepening sadness Neil Sheehan must have felt watching the endless scrub wars and secret bombing campaigns that have, at least in my opinion, proved him wrong. A friend said we are an optimistic people, and that’s the problem. But there is another definition of optimism, sometimes called Jewish optimism, that says things are bad, but they could be worse.”

My second recommendation, Carter Malkasian’s The American War in Afghanistan: A History (Oxford Univ., July 1), shows in unrelenting detail how U.S. military leadership has failed to heed the lessons learned in Vietnam and other conflicts. Malkasian is an Oxford-trained historian and a former official with the State Department who spent two years as a military adviser in the southern province of Helmand, so he’s well positioned to present this history of what has been dubbed the “Forever War,” spanning nearly two decades and three presidential administrations. In a starred review, we call the book “the most thorough account of the war in Afghanistan to date.” Our critic writes, “Mismanagement, tribalism, and refusals to leave have all fed ‘the combat experience of a generation of US servicemen and women.’ For the Afghan people, the experience has been nothing short of catastrophic.” Replace the word “Afghan” with “Vietnamese,” and one could believe it referred to the Vietnam War.