Watching the Waves Roll In 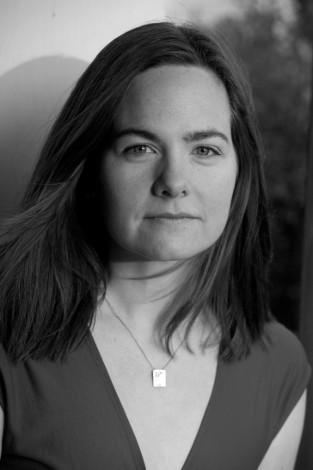 A woman regularly swallows pencils, scissors and knives. One has obsessive thoughts of harming her toddler. A young man eschews worldly possessions and personal hygiene to follow Amma the Hugging Saint through the western mountains of the United States. Another spends over $50,000 on treatments for unblemished skin.

Psychiatric patients may see, hear, smell, taste or feel things that cannot be perceived by others. As a psychiatrist on a locked ward, it is Christine Montross’ job to ameliorate extreme suffering.

Falling into the Fire: A Psychiatrist’s Encounters with the Mind in Crisis is the second memoir from Montross, whose Body of Work, from 2007, chronicled lessons learned from med school’s ubiquitous cadaver dissection. She has since transitioned from student to assistant professor of psychiatry and human behavior at Brown University and co-director of the medical humanities and bioethics concentration at its Warren Alpert Medial School.

Whether focusing on body or mind, Montross doesn’t flinch from the gruesome and otherwise disquieting parts of medical practice. “There’s a real tendency in my work and my writing to want to look places that people might be disinclined to look,” says Montross. “There are some aspects of mental illness—some of the symptoms I describe—that might be met with a certain degree of repugnance, but I do think there’s a way to guide people’s gaze to places where they might not ordinarily choose to look.” Some psychiatric patients blind themselves. Others amputate their own limbs. She must confront the symptoms to treat the patient. “If I tell my patients, as I do, that this life can be a tolerable one, that they can face their fears and their traumas, their visions and voices, their misery, then I must look at what I am asking them to endure and I must look at it full in the face,” she writes.

When cures elude, patience and compassion must prevail—the physician must abide, says Montross—but this relatively passive approach can seem counterintuitive to someone trained to intervene and heal. Patients whose vulnerability leads to lashing out may further challenge a psychiatrist’s resolve. “Early in my psychiatric training, I learned that mentally ill people can harbor an uncanny ability to detect—and then broadcast—a person’s most exquisitely sensitive vulnerabilities,” she writes. Relying heavily on expletives, pseudonymous Lauren—swallower of pencils, scissors and knives, resulting in multiple stomach-opening surgeries—mercilessly mocks Montross’s appearance and abilities. Nevertheless, blowing off steam at Lauren’s expense leaves her conflicted: A nurse warns “Don’t lend her that nice pen of yours.” The gastroenterology fellow says all she really needs is a zipper. And while humor is a common coping mechanism for high-stress professionals, Montross seeks to ensure above all that her patients are respected. “I think there’s a real tendency to cast the mentally ill as very much ‘other than,’” she says. “My hope is this book will be an opportunity for people to read about and share in an understanding of the suffering that people who have mental illness endure, to humanize those people. Portrayals of the mentally ill are frequently unflattering, and it’s sometimes more comfortable for all of us to hold those people at arm’s length. That’s not really the kind of community I would hope for.”

There are miles to go, though practices and perceptions of psychiatry have inarguably evolved. Montross examines its history, from Bethlem Royal Hospital (source of the word “bedlam”), where tourists purchased tickets to stop and stare at raving and restrained inmates, through the evolution of hysteria, to recent advances in neuropsychiatry.

She also delves into personal history, revealing her source of professional constancy: an idyllic family life with partner Deborah Salem Smith, a playwright, and their two young children; a network of supportive friends and colleagues; and deep appreciation of nature and art. “There is a strangeness to living a portion of my life on a locked psych ward, amidst people’s paranoia and hallucinations, and then living part of my life in a kind of happy family domestic sphere,” she says. “My family anchors me to the shore and allows me to have a sustainable life—to be present in the midst of patients’ suffering and then to step out for a moment, take a deep breath and see the waves roll in. I think I have a lot more gratitude from seeing the things that people endure. My worries are small.”