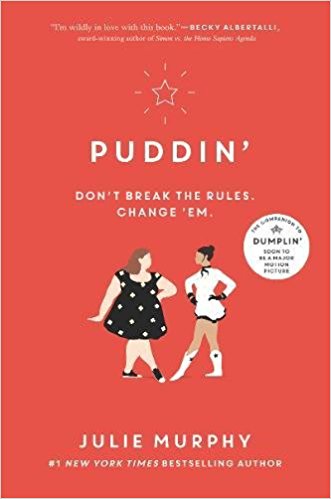 Given that romantic alliances are a staple of YA fiction across genres, the implicit (and explicit) messages about what makes a girl or woman “attractive” can have a profound impact on teen readers’ senses of self and the social hierarchy. As a woman of color with naturally curly, often expansive, hair, I can’t help but notice the pervasive use of “wild,” particularly to describe black women’s natural hair, and the equally common shorthand of signaling the disheveled, socially awkward girl (in contrast to the sleek-haired, popular one) via her curly hair. But a refreshing trend that I hope will catch on is the female love interest who does not fit narrow mainstream beauty ideals.

The Belles by Dhonielle Clayton (Feb. 6) goes beyond most fantasy novels in actively engaging with lightness as a marker of beauty. This book simultaneously skewers superficiality and presents readers with a beautiful brown-skinned protagonist in a universe where dark skin and eyes rank equally with other choices on a menu of magical beauty enhancements.

The Australian dystopian thriller Wilder Country by Mark Smith (April 17), sequel to The Road to Winter(2017), continues the story in which Kas, a brown-skinned Afghani asylum seeker with a prominent birthmark on her face, is the girl who gets the guy. She is also fierce, resilient, and intelligent. We need more characters like her.

Weight loss as the path to happiness, popularity, and moral improvement has too long been an unquestioned plot staple. Puddin’ by Julie Murphy (May 8), which follows 2015’s Dumplin’, gives us a happily fat, happily in love (with a handsome Asian male, no less—another vanishingly rare character type) young heroine. Her social circle also includes a beautiful fat friend with a gorgeous boyfriend.

The absurdity of measuring the social worth of half the population via arbitrary external characteristics is one thing; perpetuating these standards in works that are meant to edify and entertain is something that needs to be called out. Laura Simeon is the young adult editor.