When Athletes Speak Out for Social Change 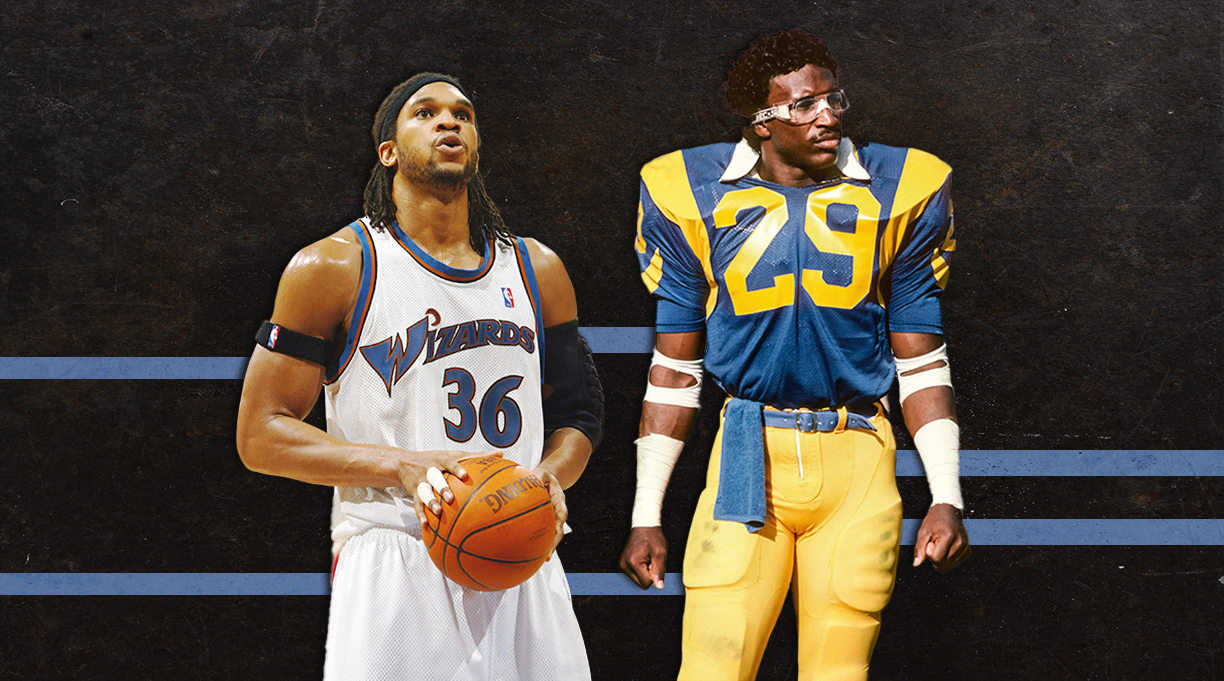 “Shut up and dribble.”

That’s what Laura Ingraham, Fox News talking head and dutiful MAGA mouthpiece, said in 2018 when she went on the air to whine about NBA superstar LeBron James’ criticizing Donald Trump for his lack of leadership and countless bigoted comments. “It’s always unwise to seek political advice from someone who gets paid $100 million a year to bounce a ball,” she said. “Keep the political comments to yourselves.”

Of course, like much of Ingraham’s deliberately inflammatory, substance-free rhetoric, that statement is nonsense—not to mention disrespectful and slyly racist. I strongly believe that anyone who has a platform as prominent and wide-ranging as James (a group that includes not just athletes, but actors, musicians, and other celebrities) should speak out as much as possible about issues that move them. In celebration of athletes’ using their platforms to advance the cause of social justice, here are two January books worth checking out.

1First is NFL Hall of Famer Eric Dickerson’s Watch My Smoke: The Eric Dickerson Story (Haymarket, Jan. 22). Dickerson has always been one of the most outspoken critics of the NFL and its treatment of players, especially Black players. As our reviewer notes, “he once told a Sports Illustrated writer that ‘football isn’t a game, it’s a business’—a business that characteristically pays Black players less than White players, so that when he demanded $1.4 million per season in the mid-1980s, the counteroffer from the Rams was $200,000, ‘which wasn’t even in the top 15 among running backs.’ Small wonder that Dickerson’s pages are peppered with bile—and justifiably so, though it’s satisfying that he has channeled his ire into philanthropic efforts to provide guidance and financial support for low-income children hoping to attend college.” Dickerson was one of the most electrifying players in the history of the NFL, but my respect for the man is rooted in his refusal to stay quiet in the face of injustice.

That courage shines through in another worthy book: Etan Thomas’ Police Brutality and White Supremacy: The Fight Against American Traditions (Edge of Sports/Akashic, Jan. 11). Thomas was no LeBron, but he had an admirably successful career in the NBA from 2000 to 2011 before moving on to more important matters. Since retiring, he has focused on activism, especially the two issues that comprise the title of his latest book. The book includes eye-opening interviews with an impressive roster of contributors from a variety of backgrounds. They include Steph Curry, Mark Cuban, Rex Chapman, Marc Lamont Hill, Breanna Stewart, Chuck D, Jake Tapper, and Jemele Hill, who hits the nail on the head when it comes to societal standards in this country: “For Black people overall in whatever profession, but particularly those in prominent roles, we have to be perfect. Not only perfect, we have to be exceptional. We have to be stars.”

Across 11 thematic chapters—e.g., “Defunding the Police,” “Black Women and the Police,” “White Privilege,” “White Allies/Accomplices”—the contributors all speak, in profound ways, to Thomas’ vision for the book: “I…envision this book providing a history lesson on white supremacy, its origins, and the promotion of it both past and present. Additionally, my aim is to stress the importance of white allyship in eradicating white supremacy and racism, not just in words but in deeds. It’s not a matter of blame or white guilt, it’s a matter of changing what has historically been woven into the fabric of American society.” The text is chock-full of important lessons and makes a perfect follow-up to the author’s previous book, We Matter: Athletes and Activism (2018).