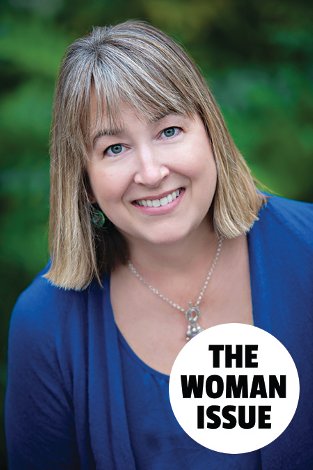 As a kid, here is what Winifred Conkling learned in school about women’s suffrage: nothing.

The topic just…didn’t come up. “Susan B. Anthony floats around in your head as a somewhat familiar figure,” Conkling says, from her home in Northern Virginia. “People have a sense of her name, but they don’t really know who she is. Ask a random person on the street. They don’t have a clue.” Definitely, they’ve never heard of Alice Paul.

With Votes for Women!: American Suffragists and the Battle for the Ballot, Conkling wants to change all that. According to Kirkus’ critic, the book “may be the most comprehensive account for young readers about the founders, leaders, organizers, and opponents of the American suffragist movement.”

“I’ve always had a love for the subject matter,” she says—in a previous life, before she was the acclaimed author of several historical children’s books, Conkling was a graduate student of women’s history at Sarah Lawrence College. “My frustration with women’s history is often people misperceive these women, and they’re often seen in very two-dimensional ways,” she says. “Most of the history that gets written doesn’t allow them to be fully developed characters with real motives.” Instead, they’re cardboard cutouts of “pruney old ladies.” But they weren’t pruney old ladies—for most of their lives, they weren’t even old—and they did have motives, both philosophical and personal.

For Elizabeth Cady Stanton, who opens the book and remains one of the most fleshed-out—and complicated—figures in it, the drive came from her impossible desire to please her father, who wished she were a boy. “I taxed every power,” Stanton wrote, “hoping some day to hear my father say: ‘Well, a girl is as good as a boy, after all.’ But he never said it.” What he did do, though, is explain to her what it would take to change the laws that were so unfair to women. “When you are grown up, and able to prepare a speech,” he told her, “you must go down to Albany and talk to the legislators…if you can persuade them to pass new laws, the old ones will be a dead letter.” She would spend the rest of her life fighting for the cause.

“When you start to appreciate not just what [the suffragists] did but why they did it, they can become more fully fleshed-out characters,” Conkling says.

But reality comes with complications. Conkling doesn’t shy away from the ugly parts of the suffrage movement, either—particularly the suffragists’ uneasy relationship with abolitionists, who were fighting similar battles for African-American rights. “There’s always an attempt to divide and weaken every movement,” she says. And for the women’s movement in the 19th century, “that became the issue of race.” That’s the trouble with heroes: They’re never exactly who you wish they were.

While Conkling has also written historical fiction, there was no doubt in her mind that Votes for Women! would be a nonfiction account. “Sometimes when you write a piece as historical fiction, young readers are not sure what part is real and what part isn’t,” she says. She didn’t want any fuzziness. “Some things you need to know: This is true, this is real, this actually happened.” This was one of those things.

“My hope is [the suffragists] become real people in history, so that young readers might identify with them as people,” Conkling says. “I’d like to think that readers are imagining how they would respond. Would I go to the convention? Would I have signed my name to the Declaration of Sentiments? Would I have marched in the parade? Would I protest?” she says. “We all want to be heroes in our own stories. It’s fun to think, ‘I wonder what I would do?’ ”

Rachel Sugar is a writer living in New York.