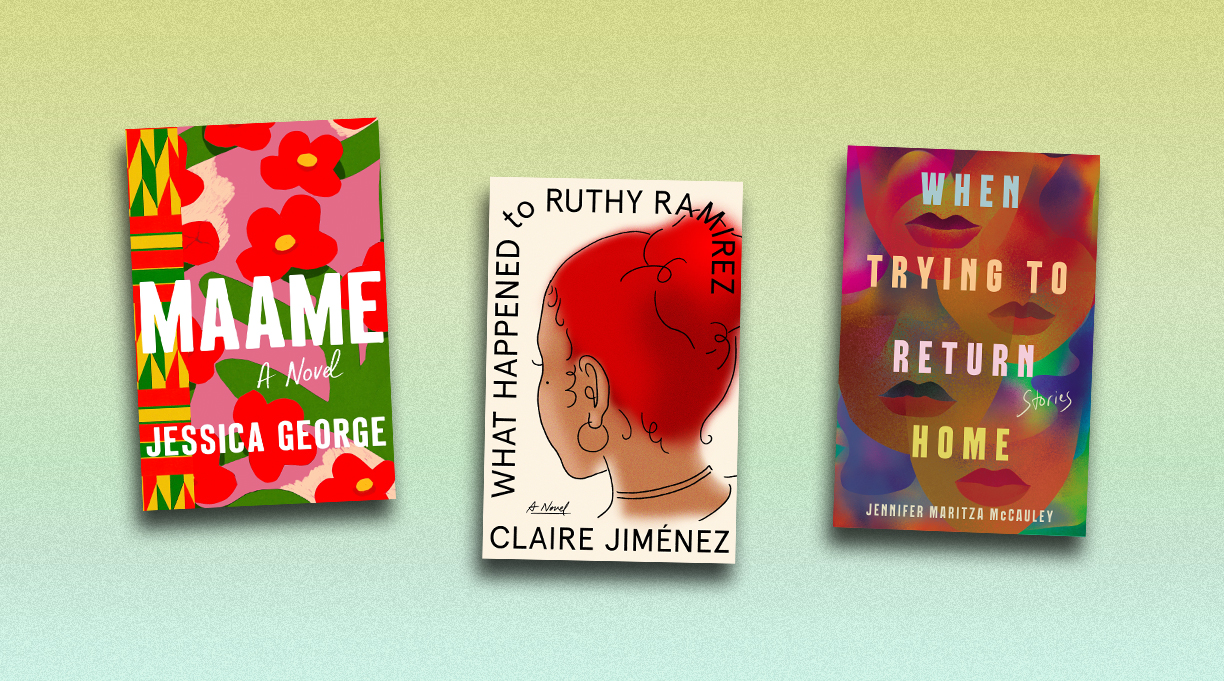 There’s no such thing as a diverse book; books can only be diverse when seen as a group that includes a mélange of different voices. And diversity equals pleasure when it comes to reading—the more diversely you read, the more opportunity to experience new worlds and new perspectives. Here are some suggestions for your reading pleasure this spring.

Yonder by Jabari Asim (Simon & Schuster, Jan. 11): On a plantation called Placid Hall, the enslaved people, who call themselves the Stolen, “hold onto as much of their humanity as possible. They dream of freedom, they fall in love despite knowing they could be separated from their partners or children at any moment, and they believe in the power of words and storytelling,” according to our review. “Asim demonstrates all a novel can be: soaring and grounded, personal and epic, thrilling and quiet.”

The Verifiers by Jane Pek (Vintage, Feb. 22): This “cool, cerebral, and very funny” debut tells the story of Claudia Lin, a young woman working at a detective agency that vets potential romantic partners for people using dating apps. “With an inquisitive, clever, and curious narrator, this adventurous mystery is both scary and hilarious,” according to our review.

The Return of Faraz Ali by Aamina Ahmad (Riverhead, April 5): Set against the background of a murder investigation in 1960s Pakistan, “this novel has everything a reader could ask for: a sizzling, noirlike plot; political intrigue juxtaposed with a rich intergenerational family saga; capacious, conflicted characters…and sublime sentences.” Our review called it “a feat of storytelling not to be missed.”

Probably Ruby by Lisa Bird-Wilson (Hogarth, April 5): Born in the 1970s to a White teenage mother and a Métis/Cree father, Ruby is adopted by an alcoholic White man and his unhappy wife. “A bighearted portrait of an Indigenous woman whose transracial adoption spurs a lifelong quest to discover—and perhaps create—her identity,” according to our review.

Your Nostalgia Is Killing Me by John Weir (Red Hen, April 26): “Weir’s linked collection of bittersweet, often witty stories elucidates almost 50 years in the life of a gay White man in the U.S., from enduring school taunts in 1970s New Jersey to experiencing the horrors of AIDS to that epidemic’s continuing reverberations for a scarred (and mostly HIV-positive) generation.…Sharp, elegiac, angry, funny stories with a searing loneliness often just underneath the surface,” according to our review.

Love Marriage by Monica Ali (Scribner, May 3): Ali returns with her first novel in more than a decade, in which “two London families—one Bengali, one White—collide spectacularly when their two eldest children decide to marry.…Ali’s immersive novel…might be termed a comedy of manners of Britain’s urban middle class, but the comedy here has teeth: Though the book treats its characters with affection, the racial dynamics are treated with real, heart-rending bite,” according to our review.

The Evening Hero by Marie Myung-Ok Lee (Simon & Schuster, May 24): Lee’s novel follows Yungman Kwak, a Korean American doctor who’s forced into retirement. His son, Einstein, is also a doctor, but he’s happy working for the same company that shut down his father’s hospital, “enamored with an entrepreneurial tech-bro ethos Yungman doesn’t understand,” according to our review. In addition to the family dynamics and an exploration of Yungman’s past in the shadow of war, “a good portion of the book is a biting critique of the American health care system.”

A Caribbean Heiress in Paris by Adriana Herrera (HQN, May 31): Broadening the canvas for historical romance, Herrera introduces Luz Alana Heith-Benzan, a rum heiress from Hispaniola, who travels to the 1889 Exposition Universelle in Paris—where she meets Evan Sinclair, a Scottish earl who’s selling his family’s whisky. “With fascinating historical detail, suspenseful drama, and scorching hot intimate moments, this story hits all the notes of a superb romance,” according to our review. “In a word, marvelous.”