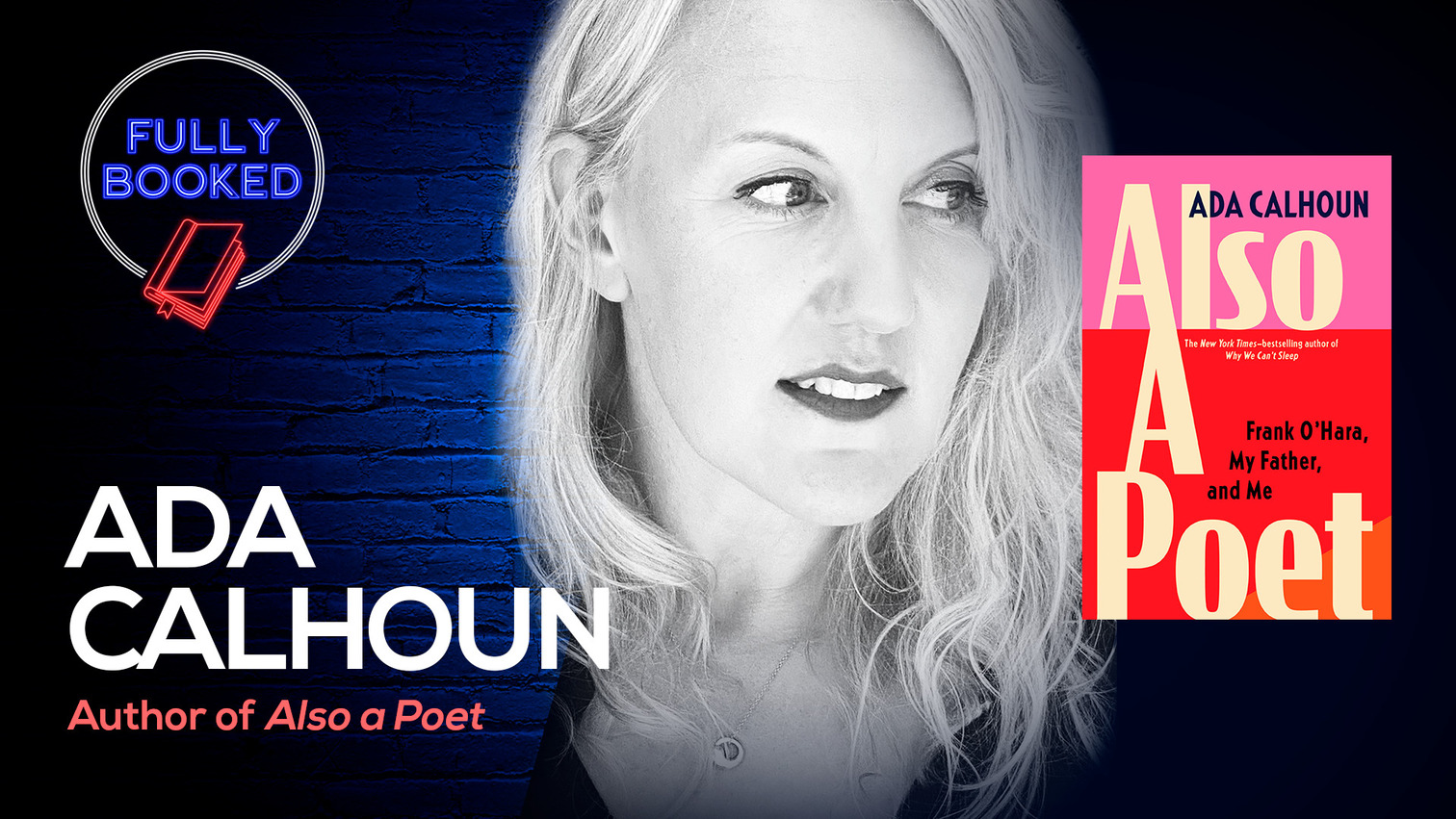 On this week’s episode, Ada Calhoun discusses Also a Poet: Frank O’Hara, My Father, and Me (Grove, June 14), an outstanding memoir chronicling her attempt to write a biography of New York School poet Frank O’Hara.

In the fall of 2018, Calhoun, the New York Times–bestselling author of Why We Can’t Sleep, discovered a cache of cassette tapes labeled with famous names in her parents’ basement. They contained interviews her father, art critic Peter Schjeldahl, conducted in the 1970s, when he planned to write his biography of O’Hara—a project he never completed, due, in part, to the discouragement of Maureen O’Hara, the poet’s younger sister and literary executor.

Here’s a bit from Kirkus’ starred review of Also a Poet: “Calhoun began blithely, certain she could resurrect the project, but what ensues turns out to be both somewhat less and very much more. As her husband, Neal, puts it in one of many adept formulations, ‘this is two successive generations of writers trying to say something of value about a wonderful, talented, funny young man who wrote lovely poetry and died in a freak accident. What a series of dying stars all collapsing in on each other: your dad’s book, Maureen’s machinations, your dad’s poetry career, your attempts to win the scenario, your relationship with your dad, your relationship with Maureen.’ In Neal’s view, even the difficulties are ‘amazing and beautiful,’ and surprisingly, given the number of resentments and disillusions cataloged here (Larry Rivers, watch out!), he is right.…A wonderfully convoluted, catty, candid, and clever piece of work.”

Calhoun tells host Megan Labrise about the discovery that inspired the book; what it was like to listen to her father’s interviews for the Frank O’Hara biography that never was; the importance of listening in writing biography; the importance of confidence in writing criticism; a moment of levity involving biographer par excellence Ron Chernow; why Also a Poet doesn’t have an epigraph; paying attention to how our relationships define us; and much more.