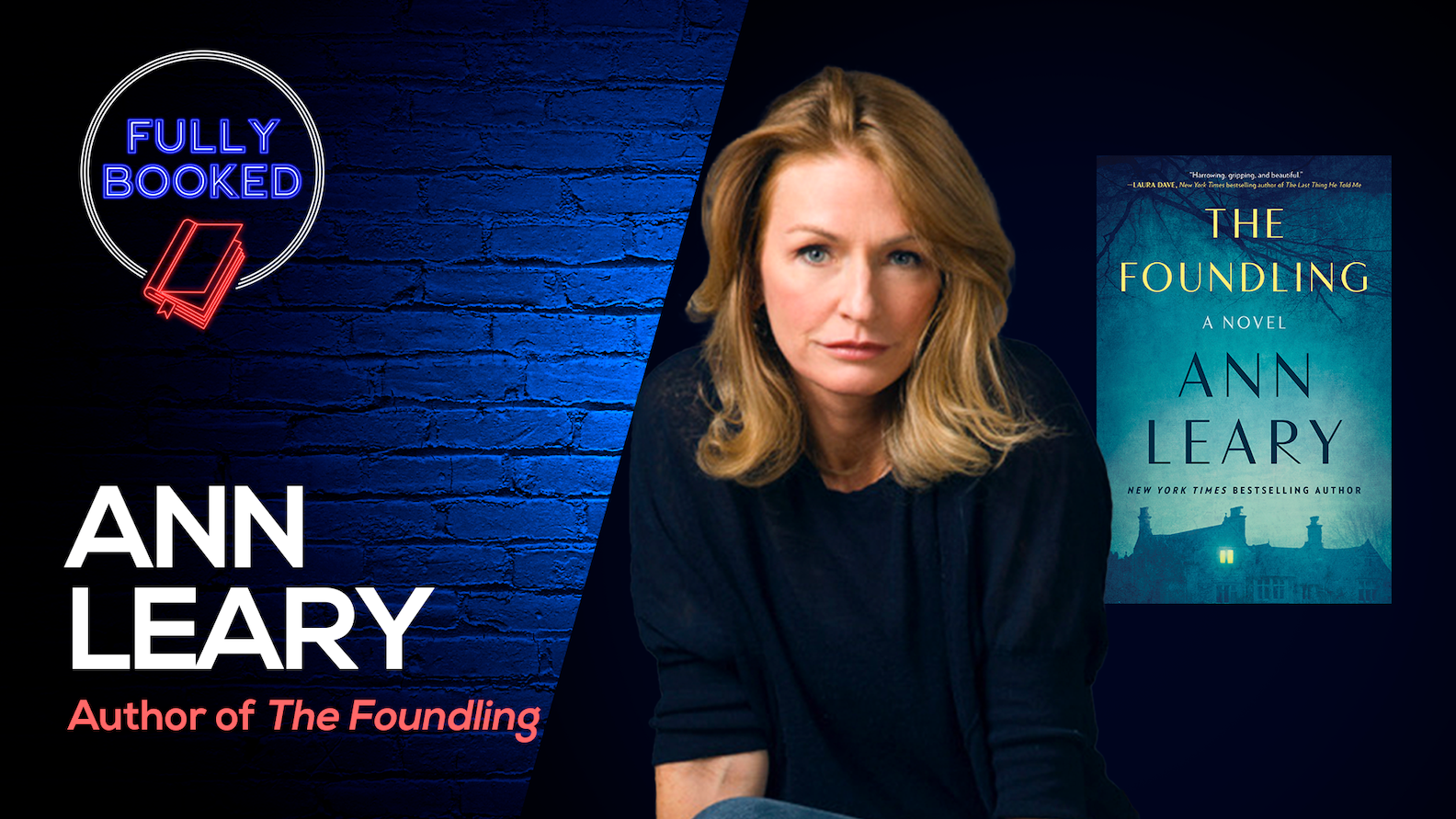 On this week’s Fully Booked podcast, Ann Leary discusses The Foundling (Marysue Rucci Books/Scribner, May 31), the unforgettable story of two childhood friends whose very different lives lead to the same women’s asylum in rural 1920s Pennsylvania. In this “thoroughly satisfying novel” from the New York Times bestselling author of The Good House. “Leary’s wit complements her serious approach to historical and psychological issues,” Kirkus writes in a starred review.

In 1927, Mary Engle gets a coveted secretarial job at Nettleton State Village for Feebleminded Women of Childbearing Age, a state institution where women deemed mentally unfit are remanded, allegedly for their safety and the good of society. But she soon discovers her childhood friend, Lillian Faust—who Mary knew as anything but “feebleminded”—is one of the inmates. When Lillian entreats Mary to help her escape, the latter is torn between her loyalty to the institution’s charismatic leader, Dr. Agnes Vogel, and her former friend.

Here’s a bit more from our review: “The murky politics and ethics of the time, hinting of parallels with today, are embodied in Dr. Vogel—a feminist committed to expanding women’s rights but also an ardent promoter of eugenics and populist fears and a despot who cares little about the Nettleton inmates’ welfare. But the novel’s heart centers on Mary’s moral coming-of-age. Not as naïve as she’d have others believe and possessing a strong survival instinct, Mary clings defensively to her belief in Dr. Vogel despite damning evidence because doing so suits her ambitions. The reluctance with which Mary changes makes her eventual act of courage—against social conventions and despite the personal cost—all the more satisfying.”

Leary tells host Megan Labrise about the genealogical research that inspired the novel; the real-life eugenics asylum that inspired the one in the book; whether Leary continues to research and obsess on the topic; the inspiration for narrator Mary Engle; why she chose to tell the story from Mary’s point of view; writing about denial; altruism versus self-preservation; how writing historical fiction compares to writing contemporary fiction; and much more.