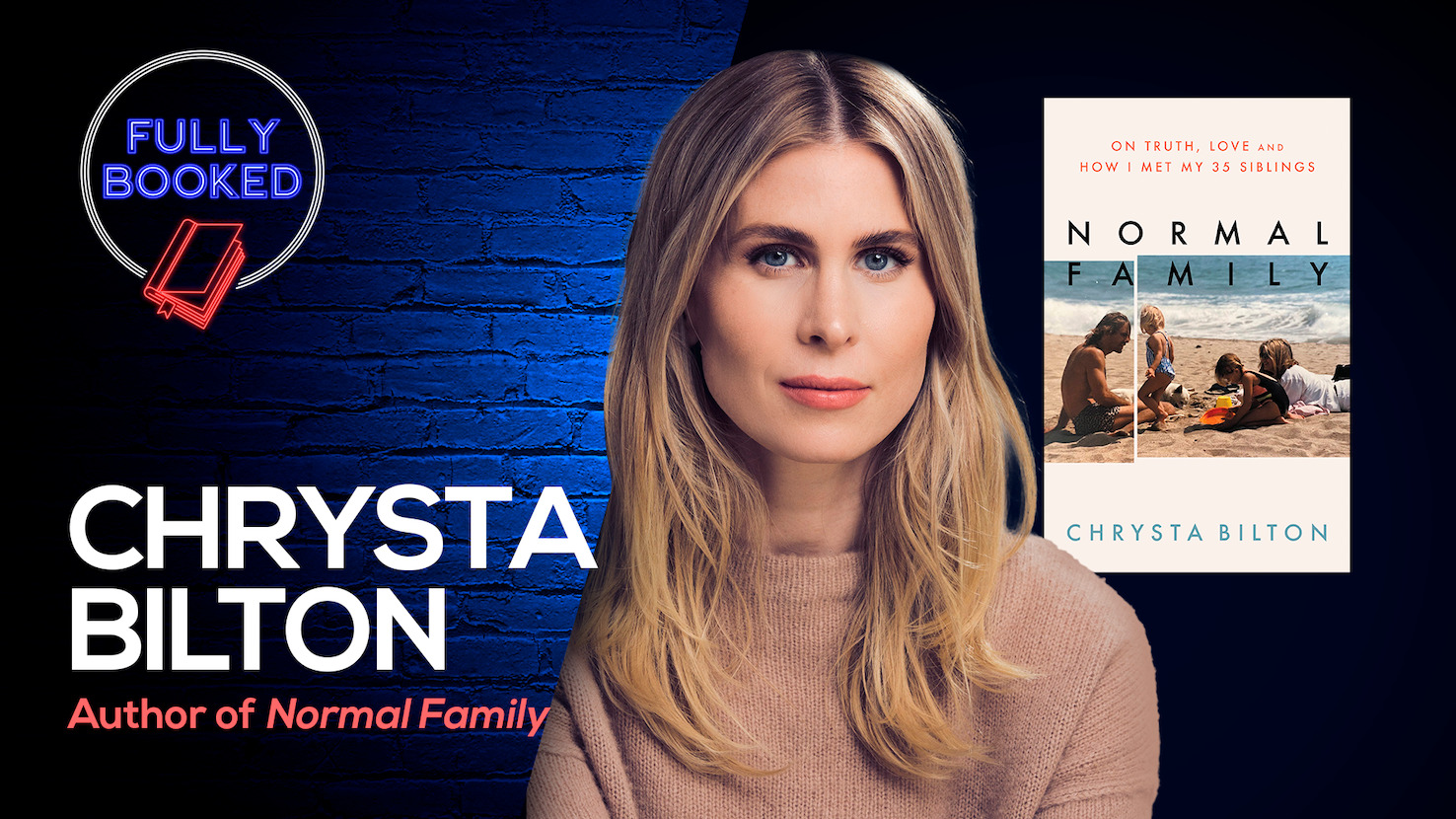 On this week’s episode, Chrysta Bilton discusses Normal Family: On Truth, Love, and How I Met My 35 Siblings (Little, Brown, July 19), a dazzling debut memoir by a Los Angeles–based writer whose childhood was anything but ordinary. Bilton is the first child of the man who would become known as Donor 150, the most requested anonymous sperm donor in the history of the California Cryobank. After her father came out as Donor 150 on the front page of the New York Times, Bilton learned she had dozens—if not hundreds—of half-siblings. Eventually, she decided to invite them to her home.

Bilton was raised primarily by her mother, described by a family friend as “one of the great characters of the Western world.” Debra Olson grew up in Beverly Hills in the 1950s, daughter of a judge, granddaughter of a former governor of California. She was also, as Kirkus succinctly states in a starred review, “an Eastern spiritualist; an out lesbian in homophobic times; a master saleswoman, making and losing millions in pyramid schemes; a friend of many celebrities; Ross Perot’s ‘civil rights coordinator’; and a hedonist and sometime addict who yearned ‘to overdose on everything, especially life.’”

Here’s a bit more from Kirkus’ review of Normal Family: “Bilton’s warts-and-all depiction is sometimes hilarious, sometimes horrifying, always grounded in extraordinary forgiveness and resilience.…A wholly absorbing page-turner that everyone will want to read. You should probably buy two.”

Bilton tells host Megan Labrise how she discovered she had 35 siblings she hadn’t yet met; how her mother, an out lesbian who deeply wanted to have children, met her father, a model with an enticing pedigree; a bit about Normal Family’s intriguing structure; Bilton’s thoughts on biological family versus chosen family; how she’s wanted to write about her relationship with her mother for a long time; the enduring influence of The Glass Castle by Jeannette Walls; telling your own truth through memoir; and much more.