Book Publishing Industry Shifts: What We Learned from the US Book Show 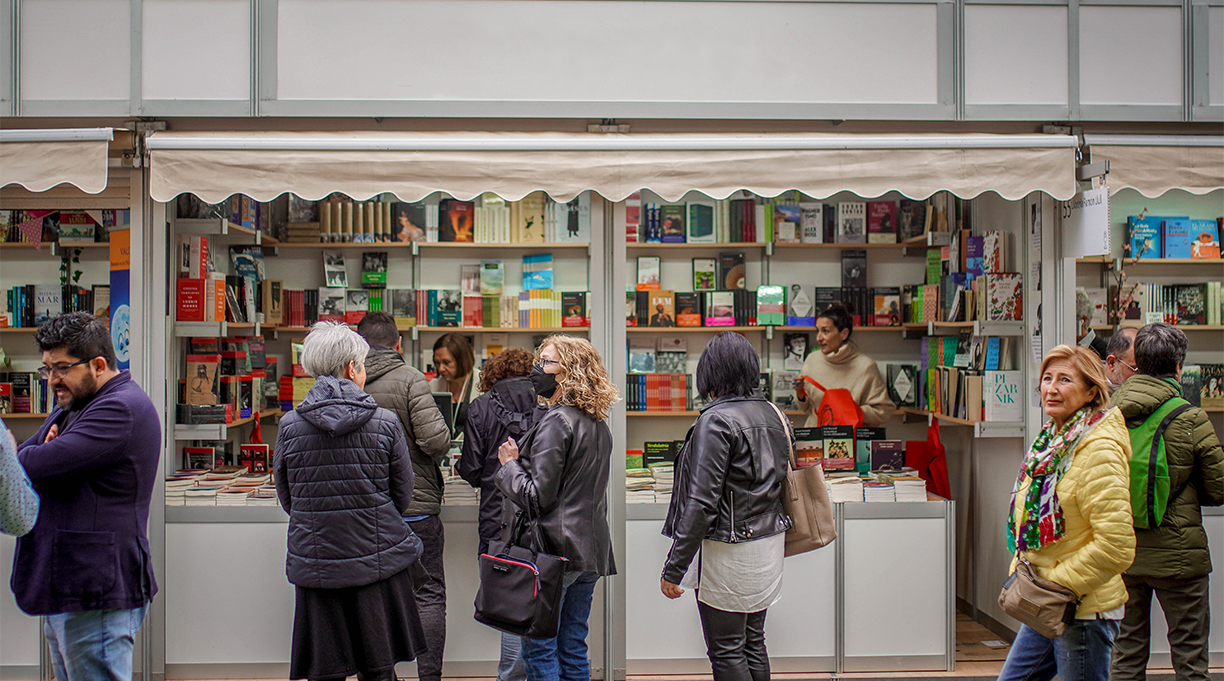 One brutal lesson the pandemic has taught all of us: don’t expect things to be normal anymore.

The world feels like it’s changing at a breakneck speed these days. Maybe that’s due to the Great Pandemic Slowdown, as stalling out our faster-than-light-speed lives for a couple of years has made returning to the usual speed challenging and even uncomfortable.

At the US Book Show, some publishing executives suggested that change is also in the air for writers, authors, editors, and booksellers.

Some of the changes are obvious and even expected. At the end of last year, we here at the Kirkus Writers’ Center knew that a paper shortage and supply chain issues were likely to hit the book industry at some point. In our blog post Our Predictions for Publishing in 2022, we mentioned that traditional publishers could face some challenges: “Everything is suddenly more difficult to find and even more expensive to buy. But while that might be bad news for those anticipating a new hardcover of the year’s biggest seller, there are some who might just benefit: authors who thrive in the digital publishing sphere.”

It looks like we were right. While the numbers suggest that paper book sales were up over the first half of 2022, those challenges are likely to pose problems for the second half of the year—slowing things down considerably for the first time since the pandemic.

“Publishing executives, or executives at their parent companies, said higher costs are likely to squeeze profits, and sales are expected to be flat or post small gains,” reported Jim Milliot in A Wobbly Year for Print Book Sales. “Executives at Harper-Collins parent company News Corp said that while sales in 2022 will show little or no growth, they will still be above those of 2019, the last pre-pandemic year—a line that’s increasingly being used in publishing circles.”

Traditional publishing outlets may be planning accordingly, with more conservative budgets that reflect flat or declining sales. Plus companies have to adjust for the fact that people are probably not spending as much time at home reading, and rising costs are going to tighten everyone’s budget. “As has been true since the pandemic started, market conditions are in flux. Inflation, for one, could cut into consumers’ discretionary spending while causing publishers to raise prices on some books, which will likely cut into unit sales if not dollar sales,” Milliot writes.

This is not the greatest news for those of us who still have an unhealthy attachment to our paper books. (You will never pry them out of my cold hands, even though having a hardcover crash-land on your face when you fall asleep reading in bed is pretty much the worst “lights out” ever.) It is, however, good news for writers and authors who are more focused on digital publishing. Authors considering a more traditional publishing angle may want to rethink their strategy.

But the US Book Show also illuminated a few things that could potentially signal pretty sweet shifts in publishing—if executives are willing to make some changes.

One possible shift is that a narrowed focus on bestsellers might not be the way forward for larger traditional publishers. With frontlist titles dropping considerably more than backlist titles, there may be more room dedicated to fostering the careers of authors over time, rather than expecting out-of-the-gate hits.

But it could also suggest that publishers may focus on already established authors, edging out (even further) new and emerging voices in publishing. If that turns out to be the case, it could create problems after debut novels perform abysmally without the same levels of publicity and support.

According to Authors Guild CEO Mary Rasenberger, “writers overall did really badly during the pandemic.” The guild aims to buoy author incomes to pre-Covid levels. “On the positive side,” Rasenberger was reported as saying, “we have seen new avenues developing for income streams for writers.”

The influx of streaming and the subsequent demand for new content has helped a lot of writers and authors. But with Netflix facing its first major challenges with losing customers and laying off employees, there’s also the chance the golden era of streaming might be faltering for the first time.

Changes might also be coming down the line for publishing house staff, who have been working increasingly long hours and under demanding circumstances to meet the growing public demands for books—and to appease the publishers’ needs for increased sales. Indie booksellers are having similar issues with trying to manage higher-than-average demands with worker shortages and demands for increased wages.

Publishing executives seem optimistic about publishing professionals working together to keep things running smoothly—and potentially more positively—over the course of the next six months and beyond.

“We all want a healthy ecosystem in publishing,” IPG CEO Joe Matthews said at the book fair, “with lots of independent retailers and lots of startup first time authors, lots of indie publishers just getting going.”