How to (Almost) Perfectly Time Your Book’s Release 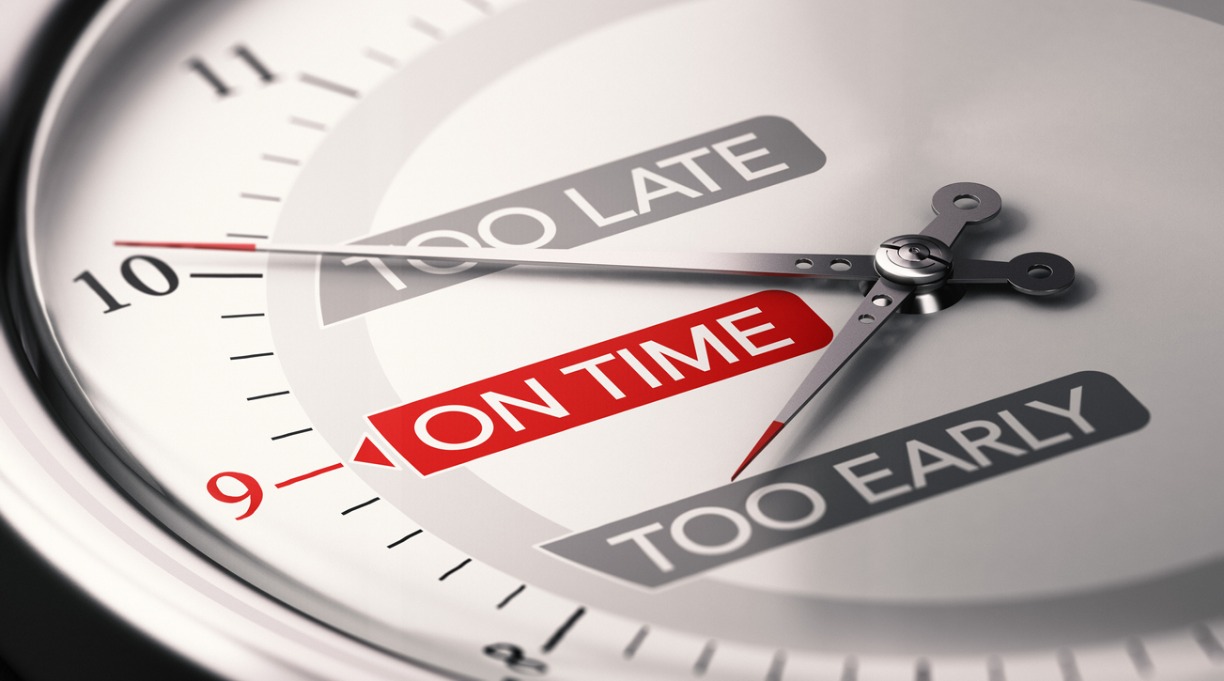 After all the time, effort, and expense that go into writing, editing, and getting a book ready for publication, it’s small wonder that self-published and indie authors often think, Now I just want to sell it as soon as possible. But how important is timing when it comes to your book’s special day? Would a release date at any other time smell as sweet?

“You might only ever get one chance with each reader,” author and self-publishing guru Mark Leslie Lefebvre told us in “Top 7 Mistakes Authors Make When Selling Their Books Online.” He cautions against rushing a book through the publishing process. Instead, authors should be focusing on taking the time and effort necessary to ensure that a book is as polished as can be.

But beyond picking a date that gives you plenty of time to finish writing, get your book edited, create a book cover, write promotional copy, gather feedback from potential beta readers, plus an extra four to six months to submit to reviewers, book publications, and book bloggers, is there any value in being selective about the day you finally launch your book?

Well, yes and no.

When it comes to publishing and book sales, there are rarely any guarantees. Your success in timing your book depends on a number of variables, and we can’t predict—let alone control—all of them. What we can do is plan ahead and consider the factors that may affect your book sales.

When’s the best time of year?

When you’re planning your book release, you have to take a look at your calendar and think like a shopper. After all, readers often buy books the same way that people buy clothes and household goods. Some seasons are good; some seasons are not. Take, for example, a winter coat. There are certain times when stores sell winter coats. And it’s not during the summer months. The same principle applies to book-buying. Readers follow certain patterns or trends. Here’s a rough (and by no means absolute) guide:

January–February: This is isn’t the worst time of year to release book, but keep in mind that many people are recovering from holiday shopping. Some folks will whip out holiday gift cards and go to town during this time, but for the most part, January and February are usually relegated to folks saving for trips, planning vacations, and paying down their debt. It is, however, a good time for nonfiction books, especially self-improvement, relationship, career, and financial titles, as the early part of the year is when readers may be most motivated to make changes.

March–May: Traditional publishers release many books in the spring, and self-published and indie authors can absolutely follow suit. As with movies, shoppers will be more inclined to get excited about new things, new releases, and planning their upcoming leisure time. These months are ideal for all fiction, narrative nonfiction, memoirs, and more.

May–July: Readers are thinking about their vacations and putting together their summer book lists. Any books that might be a good summer “beach read” (or for travel, cottage weekends, sitting outside in the shade, commuting to work, etc.) can also be released now. Examples include romantic comedies, memoirs, contemporary fiction, romance, book club fiction, short-story collections, and stories that are engrossing, touching, or hilarious.

August: There are a few times a year when book sales aren’t great, and August is one of them. Readers are already well into their summer reading lists and looking ahead to the fall. Parents are focused on back to school, and leisure time is fast disappearing. Readers are also thinking about fall wardrobes, recouping the costs of their vacations, and tightening their budgets.

September–early November: A big book season, the early fall is really the last time of year to get your book released. Once the holiday season starts, buying new books—especially from unknown authors—is less a priority.

November–December: For authors who are well known or who write highly anticipated series, this is a pretty solid of time of year for releasing a book. This is also the best time for a holiday-themed book (like a winter romance). Otherwise, it isn’t a great time of year for new book releases. Instead, consider offering a promotion or discount on a book you released earlier in the year or a special deal on your backlist.

How does your book’s topic fit in?

As it turns out, what you’re writing about can be an important factor in deciding when to release your book. Whether you’re writing fiction or nonfiction, think about your subject matter and if it fits in with any particular month or season. Self-improvement books are perfect for a late December or early January release. Writing a book about finance or taxes? Aim for February to maximize those two months before taxes are due. Summer romance? Winter thriller? Schedule accordingly, and give yourself roughly two months to ramp up in order to hit that key date.

What part do other people play?

For some authors, the timing of a book release might not be as significant as the fact that they are simply releasing a book and readers want to get their hands on it. Bestselling authors with a huge fan base can be a little more flexible about how and when they release their book, especially if there’s a lot of anticipation around the title. For self-published and indie authors, however, the challenge is to try and generate some of that anticipation. You’ll need to dedicate several months to creating that buzz, such as submitting your book to different review sites and publications, having a recognizable author or public figure endorse the title, getting some PR recognition, and generally marketing the heck out of it.

It’s also important to take a look at what other books are coming out, especially in your genre. That’s your competition. So if you write a fantastic and humorous collection of essays dedicated to your nonconformist family and culottes, you’ll want to make sure David Sedaris isn’t releasing a new collection of essays that same week.

Is one day of the week really better than another?

It’s hard sometimes for authors—with all the many facets of writing, editing, publishing, and marketing to be completed—to remember that at the end of the day, your book is a product. Your job is to convince someone to buy it, and that means playing every psychological card you have in your hand, including thinking about which day of the week might be best for its release.

Some marketing folks insist that early in the week is the best time to drop a new release, while others have found that some people are more receptive to a sales pitch on Thursday. New books, music, and such are generally released on a Tuesday, and we’d recommend hopping on that bandwagon as well.

But it’s important to remember that it may not necessarily make a significant difference one way or the other. Selling your book means considering a whole host of factors, and the psychological timing around “when” might not be the most important consideration. However, we strongly encourage self-published and indie authors to at least consider the factors at stake and what behaviors can drive a reader to purchase one book over another.

Your success depends on more than just writing a fantastic book. Planning your book release date might just give you that extra edge you need.