A Review Service that Improves the Standards of Publishing 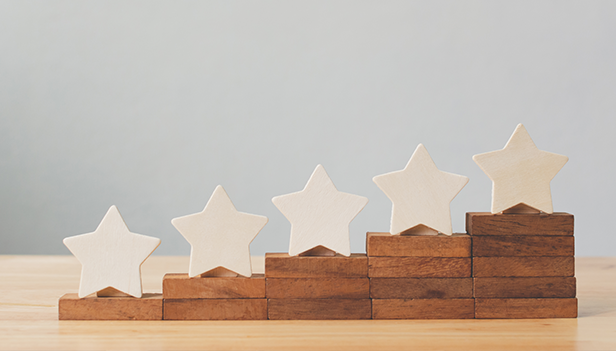 When a Kirkus reviewer wrote about my book Graveyard Grapevine:“Death comes in many guises and registers—tragic, comic, ironic—in these mordantly entertaining stories,”I glowed at the thought that the reviewer had understood my intentions perfectly. My idea had been to implement, in a tongue-in-cheek manner, a variety of approaches to something the vast majority of those of us still alive consider inevitable.

Criticism of the negative kind is harder to swallow. On one occasion I got: “Ekemar plays the plot beautifully, contrasting past and present chapters in well-thought-out juxtaposition.”Wow. Reading an opinion like that makes you feel as if you’re floating on air. At the other end of the spectrum, the judgement in another review was:“That said, these same characters could be more fully developed; Ekemar has a tendency to overexplain their quirks, rather than letting them reveal themselves through action and dialogue.”Now, how’s that for spoiling your week and start considering a switch to cucumber farming or knitting sweaters? Why didn’t this heartless reviewer take into account that I had spent one long year plotting, investigating, writing, editing, and revising the manuscript a dozen times before delivering my latest brainchild?

Despite personally having to assume the hurt feelings on part of my books’ heroes and villains, I can nevertheless only see that the harsh, honest reviews from the likes of Kirkus improve the standards of publishing. In particular, when you contemplate the vast amount of work being published in the internet age—which most emphatically proves that quantity never can replace quality. Separating the husk from the literary grain is why the professional reviewer has such an important task.

To finally get to read an expert’s review of your manuscript—one that you’ve nursed for years with the use of your imagination, patience, and calloused fingertips—can most aptly be described as a rollercoaster feeling. The praise is an elixir that immediately urges you to sit down and hammer away on yet another brilliant idea that you’ve been toying with for a novel. Any rejecting comment gives you the impulse to throw the keyboard out the window.

However, the most important role of a reviewer—whether giving a glowing, mixed, or seething verdict—is imparting an unbiased, fair opinion. The Kirkus review’s frank appraisal, delivered from a healthy distance of the time and effort the author has spent on a masterpiece (as it, most probably, is perceived by the author himself and his immediate family), will only spur us struggling authors to roll up our shirt sleeves and improve our work based on an independent source.

I must confess that I still have one unfulfilled wish in life. No, it’s not to get myself on the cover of Rolling Stone. It’s to be assigned a Kirkus Star for at least one of my books. (Sigh.) On the other hand, I have no reason to complain. I’ve had the fortune of reading seven distinct rave Kirkus reviews of my books. Perhaps that’s not star performance, but the candid words in the reviews—fair and mostly positive—certainly made me feel as if it were. Moreover, the increased sales in the wake of each review have confirmed how important it is to get an impartial, publicized take on my work.

In the end, the challenge of constant improvement has convinced me to stay glued to my laptop while working, simultaneously, on my next three novels—a trilogy follow-up to The Callaghan Tetralogy.

Kim Ekemar is the author of more than a dozen books. He has also penned a nonfiction work (available only in Spanish) about when he was arbitrarily jailed in a center for torture in Paraguay during the Stroessner dictatorship under the absurd accusation of being a terrorist. After various business ventures—an art gallery, an advertising agency, and commodity trading, among others—he has for the past two decades been focused on artistic expressions including painting, photography, design, and architecture but mainly on writing.